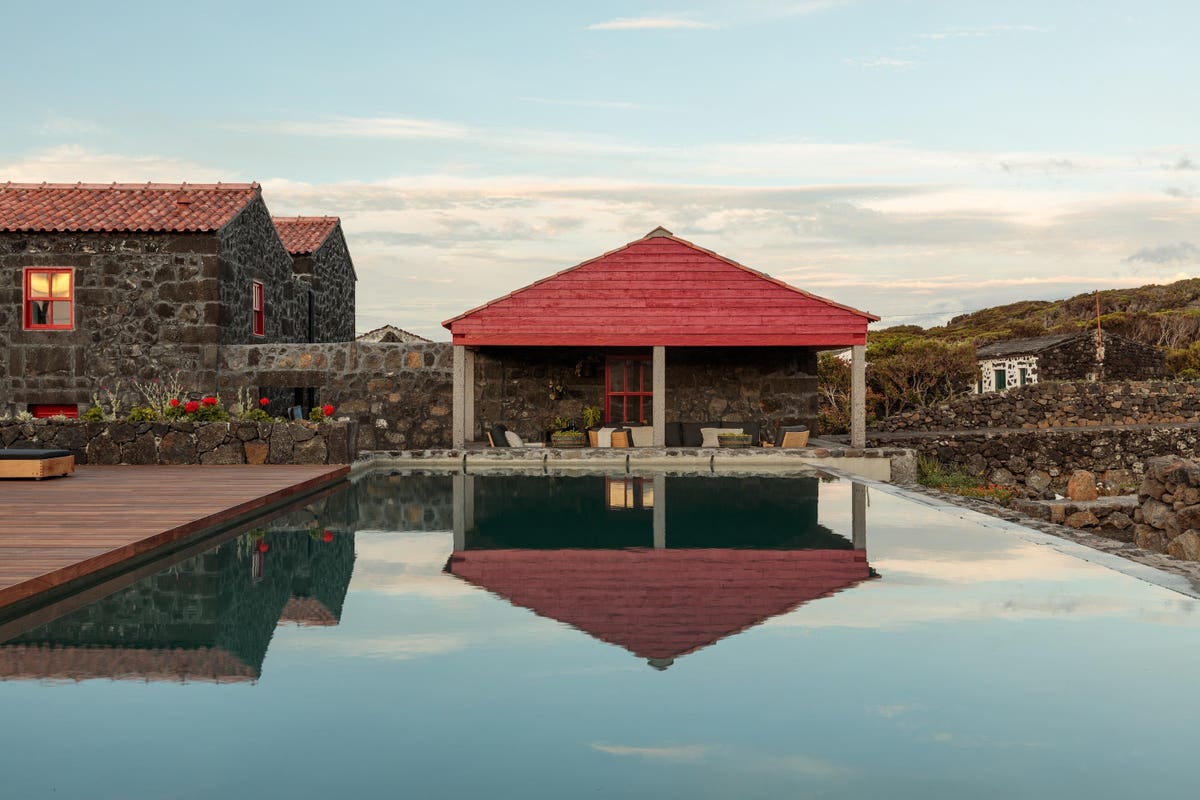 Most Decembers, I take a (perhaps self-indulgent) look back at my favorite new and new-to-me hotels of the year. The timing is weird again this year, but now I have an even greater appreciation for the places that managed to open—or just to hold on—during another roller coaster of a year.

The world is still full fantastic places—hotels that aren’t only indulgences for their guests but also the finally realized dreams of passionate entrepreneurs and workplaces for hundreds of dedicated employees. They’re places where history was lived, where conservation is everything, and where imagination takes flight.

There are still challenges, of course, but much of the weirdness has faded away. (In 2021, I never found a large bottle of hand sanitizer on the nightstand, as I had the year before.) Precautions remain in place, but the hospitality shines through or clearly.

Here (in alphabetical order) are my favorite discoveries of another strange year.

An abandoned farmhouse distillery in the most picturesque corner of most wild and volcanic island in the Azores got new life last summer as a six-bedroom holiday home. The distillery part is still intact, and as soon as the permits come through, the owner—a powerhouse of hospitality on the island—plans to start producing firewater again. For now, it’s a dreamy place to settle into the slow rhythms and stark beauty of the youngest island in the archipelago. Much of the landscape is dominated by black lava stones, and the rest is an impossibly vivid green. Above it all is Pico (“peak”) mountain, the highest point in Portugal, perfectly symmetrical like a child’s drawing of a volcano. The view from the swimming pool is stupendous.

Everything is sun-washed and dreamy, trees strewn with lanterns and fairy lights by night, or laden with oranges or illuminated by flowers (depending on the season). The 300-year-old farm—with several original buildings—is set on a 13-hectare estate of orange groves, flower gardens, lily ponds and vegetable plots in the rural heart of Ibiza, it was one of the first agroturismos on the island when it opened in 2004—and ample proof that there’s much more here than the party scene.

The fifth-generation of the family that owns this masseria (fortified Italian farmhouse) on the San Michele estate—which goes back more than 600 years—has turned it into country boutique hotel that combines history and authenticity with romance and play. Her renovation, which was completed six years ago, is absolutely gorgeous, with six individually and thoughtfully furnished suites, all feminine in nature and each each with a private garden or patio. The name is a tribute to her grandmother, a French baroness named Coralie. That’s not the only element of history—the estate became the United States headquarters during WWII, and Armistice of Cassible, marking Italy’s surrender, was signed on the premises.

A garden in New York has always felt like a special place, and this year, more than ever. The hotel, in a former seminary that now feels like something between a private residence and a clubhouse, barely has any indoor common areas. Instead, in summer, guests use the public gardens in the front (with Intelligentsia coffee during the day and its signature frozen negronis in the evening) and the private ones in the back as their place for relaxing, working and meeting. It’s a quiet little oasis only for hotel guests that happens to have very fast wifi. Upstairs, there are 60 comfortable and stylish guest rooms, which are from another era, with petite writing desks and adorable rotary phones.

Lisbon’s snazziest new hotel splashed onto the scene this fall, with a restaurant that recalls the city’s smartest dining rooms—those at the JNcQOUI restaurants—and a maximalist design throughout. The concept is to celebrate 19th-century explorers, and the place is full of period furniture, tropical plants, preserved beetles and archival photos. It’s not just a design conceit—the hotel lies at the corner of two streets named for actual 19th-century explorers, Roberto Ivens and Hermeneglido Capelo (which also gives it a prime spot in one of the city’s poshest neighborhoods). With 87 rooms, the hotel combines whimsy, design and international-style—it’s a member of Marriott’s Autograph Collection.

The first thing you notice when you arrive at this new hotel is the check-in desk. It’s a massive piece of rough-hewn white stone, weighing in at 12 tons. It sets the tone for the place, which bills itself as a haven of “mindful luxury.” Nothing about is opulent. Rather, it’s organic and elemental, all natural materials—terra-cotta, glass, wood and that local stone—and perfectly framed Adriatic views. The 50 rooms have supremely comfortable organic linens, smartly designed custom furniture and private terraces. Many also have sea views, and a few have private plunge pools.

Five years after a devastating earthquake, Norcia is writing its comeback story. One of the stars is the gorgeous Palazzo Seneca, a Relais & Châteaux hotel just a block from the main square. It occupies the 16th-century palace that was built by a family from Piedivalle, where the residents were known as skilled wood carvers. It’s been owned by another family since 1850, and they carried out renovations with a strong respect for history (and seismic stability, thankfully). Throughout everything, they’ve committed to promoting tradition, simplicity and quality. The hotel was among the first in Umbria when it opened, in the early 1900s, and on the ground floor it retains the vaulted rooms of the 16th century, but the 40 bedrooms are equally beautiful, with their antique furnishings and luxury of space.

In contrast to the historic vibe of Brasov—a medieval Transylvanian city that’s one of the most visited places in Romania—all around it, the new Schuster Boarding House is a modern little hotel tucked into an Art Nouveau building with Viennese secession influences. Some of the rooms are tucked beneath sloping ceilings, with slanted windows and cozy reading nooks, and the rooftop bar has some of the best 360-degree views in town.

After a nearly two-decade international hotel career, the proprietor one this new arrival returned her family home—a seven-acre farm with more than 200 years of history—in São Miguel, the main island in the remote Portuguese archipelago. Her parents had opened part of their farm as a guest house in the 1990s but lost it during Portugal’s previous crisis. With partners, she bought it back and set about turning it into a hotel that’s worth a (half) transatlantic flight. The main building retains its earlier footprint, with 33 good-size rooms and suites, all with balconies overlooking the flowers and greenery. The best additions are the two new garden lodges, modeled on the old cafuões (grain storehouses) of 19th-century farms. They’re set up on stilts, fragrant with cedar and romantic as can be. Their terraces, in front of lush banana trees are so well protected that it’s possible to sit on them and read, have breakfast or relax during a downpour.

The media mogul turned conservationists’ signature ecotourism project spans 585,000 jaw-dropping gorgeous acres in northern New Mexico and southern Colorado. When he launched it five years ago, with his own opulent villa renovated and opened to guests, it still felt a bit like a scrappy dude ranch. No longer. For about a year now, after renovations and now under the management for a former director of Relais & Châteaux and Aman resorts, it can rival any luxury ranch in the American West.