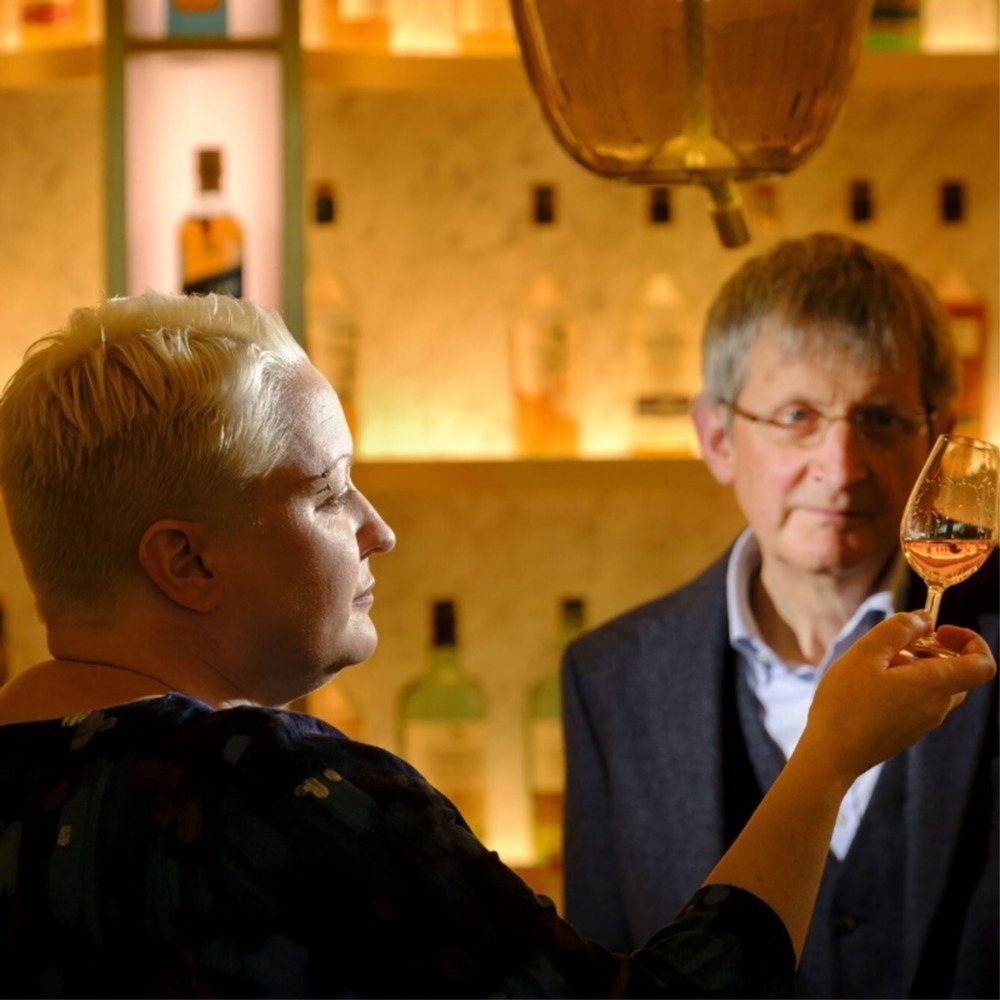 Earlier this week, Johnnie Walker announced the appointment of a new Master Blender and, for the first time in the company’s history, the position will be held by a woman. Dr Emma Walker — no relation to the Walker on the Scotch whiskey’s labels — will take over for Dr Jim Beveridge OBE, who has been Jonnie Walker’s Master Blender for the past 20 years.

Walker joined Diageo, which owns Johnnie Walker, 13 years ago, and has worked as a Scotch blender for the past six years. (She’s responsible for the limited-edition Jane Walker by Johnnie Walker blend, as well as the  Johnnie Walker Blue Label Ghost and Rare series.) In her new role, she’ll lead a 12-person team that will create and develop other new variants of Johnnie Walker whiskies.

“I am honoured to take on the title of Master Blender of Johnnie Walker, and at an exciting time for the brand as we embark on the next step of our journey looking ahead to the next 200 years,” Walker said. “I love experimenting and innovating with flavour and we’ll be working hard to not only continue to deliver the unrivalled quality that we are renowned for, but also introducing blends to appeal to a new generation of Scotch Whiskey fans.” Beveridge is retiring after a lengthy career with Johnnie Walker, which started 42 years ago when he was hired as an analytical chemist. Last October, Queen Elizabeth II honoured him with the title of  Officer of the Order of the British Empire (OBE) for his “services to the Scotch whiskey industry.”

A toast to Dr Jim Beveridge OBE, retiring this year after 40 years of tireless work and commitment to quality. Congratulations to Dr Emma Walker who has been appointed as our first female Master Blender. #KeepWalking pic.twitter.com/QPbnmKUaql

“It is with pleasure and confidence that I pass on this privilege to Emma,” Beveridge said. “I know she will do a wonderful job as she possesses the knowledge, expertise, and dedication to make an amazing Master Blender. On a personal level, I am delighted for her, and I know that her wonderfully infectious personality, that made working with her so enjoyable, will bring something exciting and different to the team and, indeed, to the wider Scotch industry.”

We’re raising a glass to all of them.