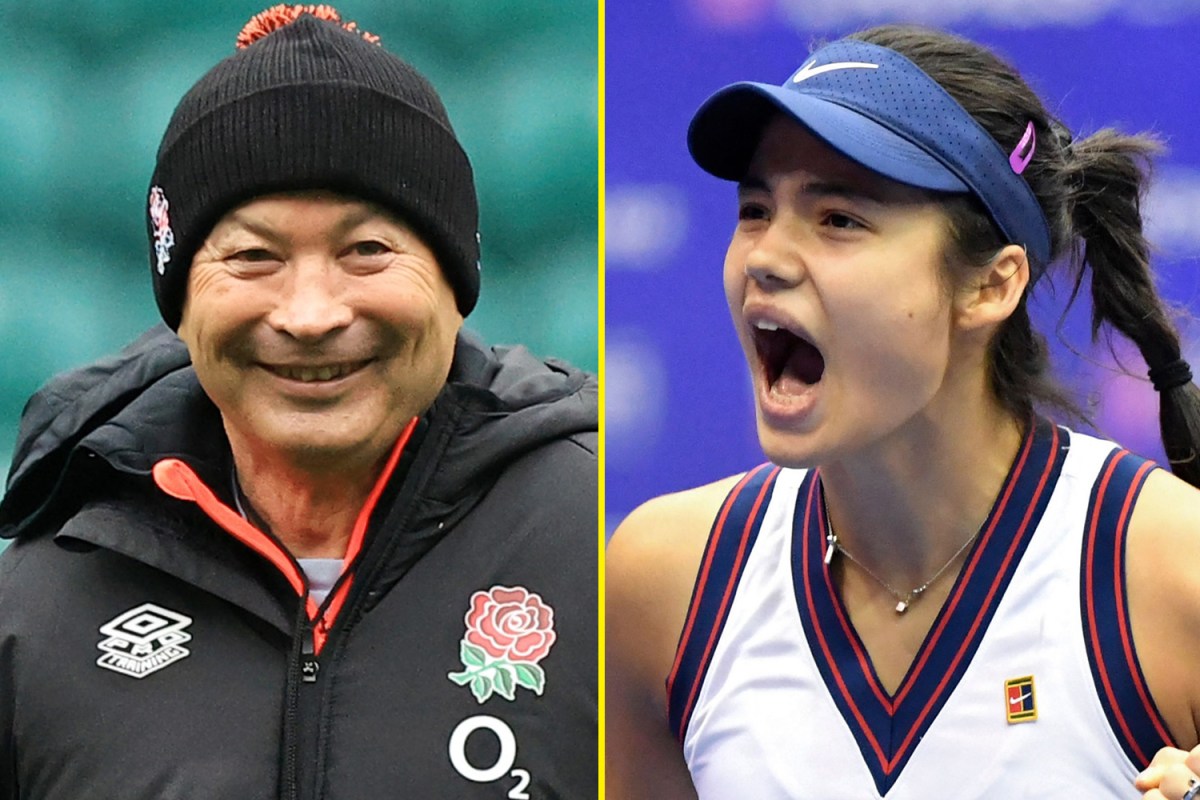 Jones was widely condemned for what he said about the US Open winner and the 18-year-old’s perceived loss of form after winning the Grand Slam.

He used Raducanu as an example to warn his young England star Marcus Smith of the dangers of off-field distractions after she was pictured attending film premieres and fashion events.

Jones particularly came under fire for referring to the teenager as ‘the young girl’, which was interpreted by some as a sexist comment.

Raducanu herself was asked about his comments and admitted she was not aware of what had been said, but added that training will always be her priority and her team know this is ‘non-negotiable’.

Jones revealed on Thursday that he had sent a private letter to the Bromley teenager to ‘make sure she understands why the comments were made’.

Speaking to talkSPORT, the Australian added: “It was talking about the difficult time that young players in England have. We’ve got a number of young players coming through and I’m cognisant of looking after them well.

“I can’t control what people think of that and maybe some of the loudest drum beats made comment about it. The point was 100 per cent right.”

England face Australia at Twickenham on Saturday, a game that is live on talkSPORT.

Raducanu will pass up an invitation to attend that match, as reported by The Guardian.

Some commented that the England rugby coach should ‘stick to his sport’ following his perceived criticism of the young British tennis star.

But former Crystal Palace owner Simon Jordan backed Jones for his original comments about Raducanu, saying it was a relevant point to be made.

The White and Jordan host said on talkSPORT: “I pleaded and implored that this girl didn’t get sucked into a world she doesn’t need to be in at this moment in time. She is 18 years of age.

“He [Eddie Jones] hasn’t got a rugby example. He doesn’t have a rugby player who is a superstar who is running around doing the things he is concerned about this boy will do.

“He isn’t plucking another sport to plunder to use it to bring it into disrepute. He’s saying ‘here’s an example’.

“He could have picked Paul Gascoigne and his hanging around with that Danny Baker and Chris Evans and whoever else may have been a distraction to Paul Gascoigne’s career.

“He could have picked a variety of examples, but he picked a current one so people can relate to it and it is highlighting a point.”

Jordan continued: “I don’t this Motley little Crue sitting on the sidelines that are monetising her for their own benefit.

“She is going to go on to be an elite tennis player. She is at the beginning of her journey, not the end of it.

“Putting her in front of cameras at gala balls and the MET in New York and dressing her in clothes at this stage, while it is flattering, ego indulging and commercialising – it is not at the essence of what we are talking about.

“Emma Raducanu is a tennis player.”