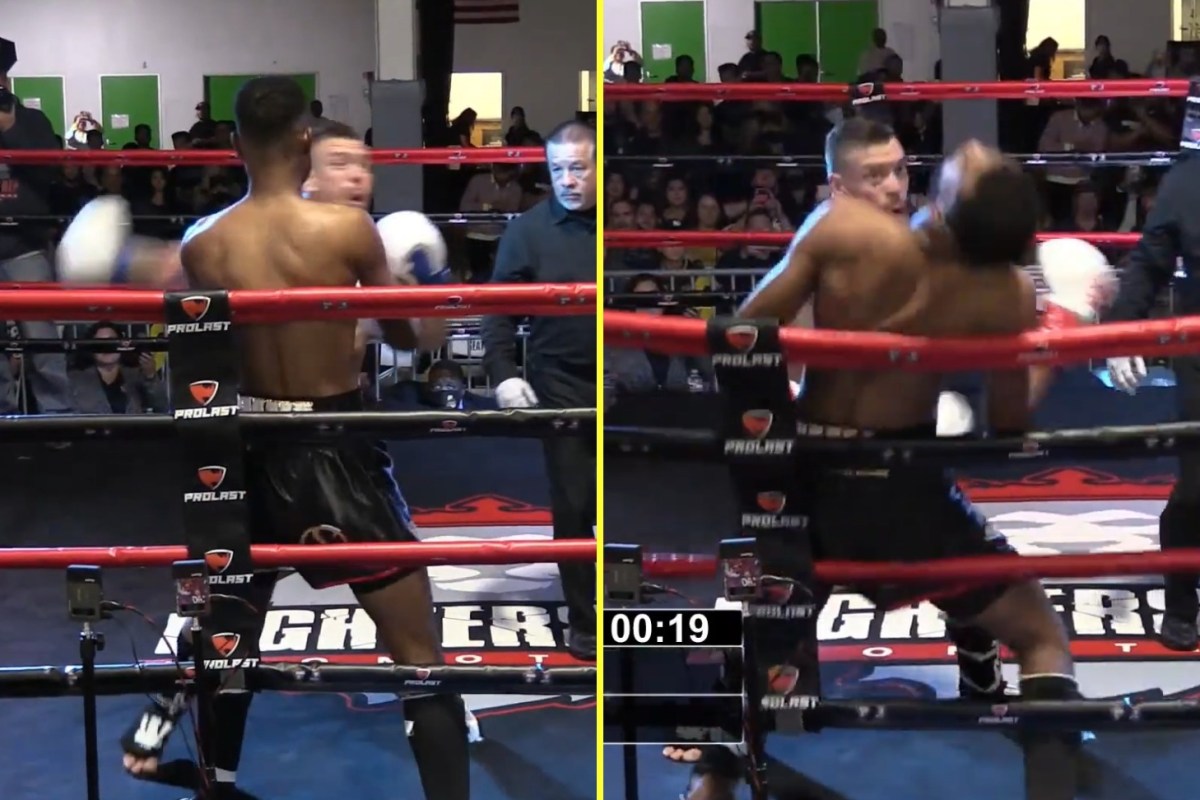 Anderson Silva’s son was brutally knocked out in the first round of a kickboxing bout.

There were just 20 seconds of the fight against Vincent Familari remaining at FightersRep 11 when Gabriel took a huge right hook to the head.

It had started as a positive night for the Silva family with Kalyl Silva earning a decision win against Melo Pamuk at the start of the night.

Yet the second son of the UFC legend endured a somewhat more difficult night in his International kickboxing Federation Light-middleweight title fight.

A flurry of strikes with less than a minute remaining of the round marked the beginning of the end for Silva as he was on wobbly legs and then required a standing eight count.

Sensing blood, Familari rushed in to finish the job and powered heavy hooks at Silva’s head before a right landing and sent the Brazilian sprawling to the canvas (The KO happens at 2:42:49).

“I knew that I had to stay on him, I couldn’t let him recover,” Familari said in his post-fight interview. “I mean, the guy’s good.

“He could easily beat me, but God was with us on this victory, He blessed us.

“Much respect to my opponent, his camp, and everybody else, but we did it. We pulled through.”