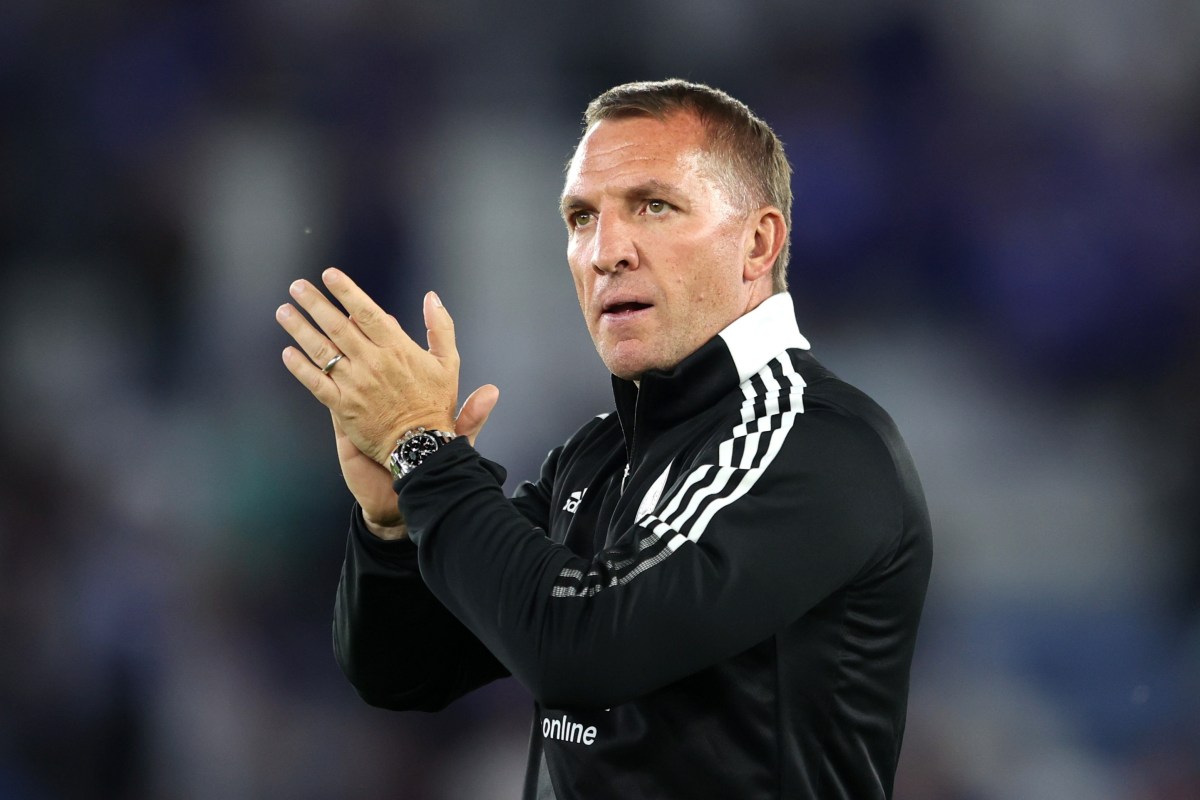 The January transfer window is fast approaching and Premier League clubs are busy making their plans to spend this winter.

The mid-season market is always a hectic time for top-flight clubs as teams look to bolster their ranks for the second half of the campaign.

It’s more difficult to do business in the January window but several sides across the country may be forced to open their chequebooks after Christmas.

What are the latest rumours and headlines? talkSPORT.com takes a look…

Solskjaer remains under intense pressure following the Red Devils’ dire display in the 2-0 defeat to Manchester City at Old Trafford, which came just two weeks after a 5-0 hammering at home to Liverpool.

It is understood United will stick with the Norwegian for now, but with more difficult fixtures on the horizon, they may be forced to act.

The Sun claims Rodgers is now the board’s first-choice candidate if they need to replace Solskjaer in the near future.

Former Chelsea title winning boss Conte was interested but was not prepared to wait around once the Tottenham offer came along.

Out-of-work Zidane guided Real Madrid to three Champions League titles in two spells but has indicated that he would not be interested in the Old Trafford hotseat.

And Ajax coach Ten Hag did not want to discuss any hypothetical openings with the agent.

Manchester City have reportedly revived their interest in Tottenham striker Harry Kane ahead of the January transfer window.

The Premier League champions tried to sign the 28-year-old over the summer, but despite bidding as much as £125million, chairman Daniel Levy stood firm.

Kane bagged a perfect first-half hat-trick for England in their 5-0 thrashing of Albania but his club form has been uncharacteristically poor this season.

The Spurs star has just one goal in his opening ten Premier League matches – and ESPN report that City are planning to reignite their interest in January.

Tottenham are interested in Serbian sensation Dusan Vlahovic and are planning to snap him up ahead of rivals Manchester City and Arsenal.

In-demand Vlahovic is top of Conte’s wish-list after bagging 21 goals for Fiorentina in Serie A last season.

The 21-year-old has netted eight goals in 12 league games this term and City, Arsenal and Juventus have been linked with him.

Vlahovic’s current contract is due to expire in 2023 and Fiorentina are said to be willing to cash in on their £65million-rated marksman.

The Mirror claim the Toon will look to raid United this winter for a trio of their bit-part players.

It is said that Newcastle are looking to sign all three on permanent deals despite loan moves seeming more achievable.

Fichajes claim the LaLiga giants are big fans of the 24-year-old Nigeria international.

Ndidi is under contract at Leicester until June 2024 and is valued in excess of £60million.

The Foxes signed the midfielder from Genk for £17m in December 2016.

Manchester City are willing to sell Raheem Sterling if a bid of £45million is tabled.

Barcelona have been frequently linked with a move for the England forward while Newcastle and Arsenal are also said to be keen.

The Metro claim City value Sterling at around £45m, £5m less than what they paid Liverpool for him in 2015.

The 26-year-old has fallen down the pecking order under Pep Guardiola and is interested in taking up a new challenge.

The Frenchman reportedly wants to renew his contract with Manchester United.

However, L’Equipe, via Metro, claim Pogba is demanding he overtakes Cristiano Ronaldo to become the Premier League’s highest-paid player.

CR7 is currently the top earner after signing a 480,000-a-week deal upon his return to Old Trafford in the summer.

Pogba meanwhile – who will be a free agent at the end of the season – is looking for an increase on his £290k-a-week contract.

The six-time Ballon d’Or winner could be set for a move back to Barcelona having only quit the La Liga giants three months ago, according to the Star.

Marca report that Victor Fonte, who came second to Joan Laporta in the presidential election, is imploring Barca to pursue a return for Messi.

Speaking on Catalan radio, he said: “His departure deserved to be through the front door.

“From that moment on, the club should be thinking about how Messi could return to Barcelona in 2023.”

Barcelona are preparing to bolster their forward line in January with a host of Premier League options reportedly on their wishlist.

Barca oversaw the summer departures of Messi and Antoine Griezmann while Sergio Aguero’s health issues have created a role in the club’s front-line.

The Catalans are prioritising experienced forwards who are currently out of favour at their respective Premier League clubs.

Ramsey has struggled since moving to Italy with reports that Juve are exploring the possibility of terminating his contract.

Despite his issues with form and fitness in recent years, it seems he’ll have no shortage of potential suiters back in the Premier League.

Goal claim Everton and Newcastle are keen on the 30-year-old former Arsenal star.

The Dutch midfielder could be used as part of a stunning £60million swap deal with Barcelona for out-of-favour Raheem Sterling.

Catalan outfit El Nacional claim Pep Guardiola is a huge admirer of De Jong while England star Sterling has been a long-term target at the Nou Camp.

The report adds that City winger Sterling – who has managed just two goals this season – would be an ideal fit in their system under new boss Xavi.

The 26-year-old is valued around £43m at the Etihad compared to Barca’s £60m for De Jong meaning a swap deal plus £17m could be on the cards.

A host of clubs are keen on taking Manchester United and England defender Phil Jones on loan following his comeback from injury, report the Sun.

Newcastle have joined Watford as the two Premier League clubs in the race to land the centre-back – who hasn’t played since January 2020.

Several Championship sides are also keen as is Wayne Rooney at Derby but the finances at Pride Park would make a deal hard to pull off.

Liverpool have identified the former Newcastle midfielder as an alternative transfer to Jude Bellingham.

According to Fichajes.net, Jurgen Klopp are interested in Merino because of his ‘versatility and dominant physique’.

It is fair to say the Spaniard struggled to make an impact in England and after flitting between Osasuna, Borussia Dortmund, and Newcastle he has found himself at the Anoeta Stadium.

The Reds top midfield target remains Dortmund’s Bellingham, but the England international could prove impossible to sign due to his price.

Loftus-Cheek, 25, worked under the Special One at Stamford Bridge who handed the England international his Champions League debut in 2014.

Mourinho is also said to be keen on another of his former stars Harry Winks to follow him from Tottenham to the Stadio Olimpico.

In addition, the Portuguese manager is keeping tabs on Antonio Rudiger’s contract situation having tried to sign him at Spurs during his time in charge.