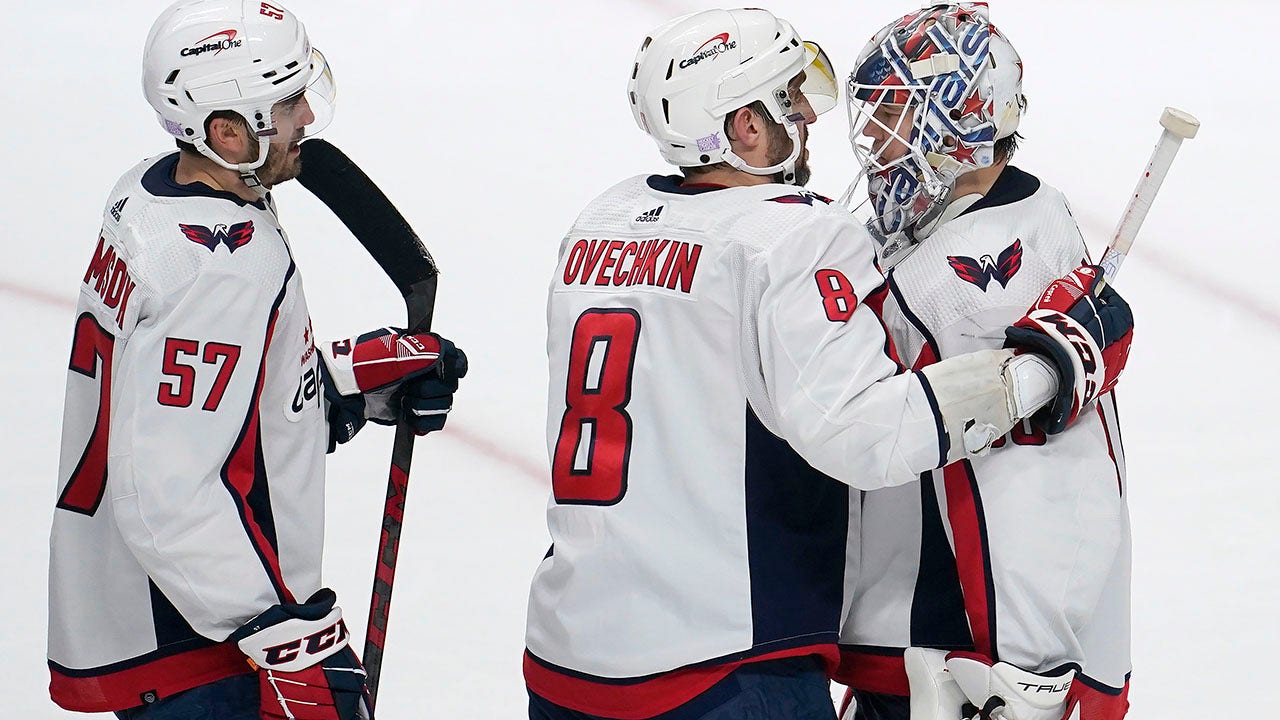 Alex Ovechkin and Conor Sheary each scored two goals to lead the Washington Capitals over the San Jose Sharks 4-0 on Saturday night.

Ilya Samsonov turned back 22 shots for his second straight shutout as the Capitals won for the sixth time in a seven-game point streak. Samsonov was playing in consecutive games for the first time this season.

“I hope (Samsonov) is gonna play like that for the rest of the year,” Ovechkin said.

“I think he and Vitek (Vanecek) play solid. … For us it’s very important that we have two goalies who if we make mistakes, they’re going to stop it.”

San Jose forward Noah Gregor, called up from the team’s nearby AHL affiliate earlier in the day, led the Sharks with five shots on goal.

Sheary scored just more than two minutes into the game and Ovechkin added a power-play goal with just over six minutes left in the first period.

Ovechkin’s 13th goal was his first since Nov. 12, when the 12-time All-Star scored his 742nd career goal to pass Brett Hull for fourth on the all-time list.

Sheary added an insurance goal at 15:10 of the third and Ovechkin an empty-netter with just over a minute left.

“I thought the second period was sloppy for us,” Capitals coach Peter Laviolette said.

“It was fortunate that we came out of the second period up 2-0, and then I thought we played a really good third period. Much more detailed and simple and disciplined game with the puck.”

San Jose has lost four of five and six of eight.

The Sharks had a chance to get back in the game late in the second period but failed to capitalize on a four-minute double minor on Carl Hagelin for high-sticking. San Jose was 0 for 4 on power plays.

“We’re probably not shooting enough with traffic. We have enough time with it. They pressured a lot,” Sharks captain Logan Couture said. “We did have some good looks.”

Adin Hill had 19 saves for the Sharks.

Sharks coach Bob Boughner addressed the status of forward Evander Kane, who is serving a 21-game suspension for submitting a fake COVID-19 vaccination card. Kane is eligible to return Nov. 30.

“I wish I had more information. I don’t and that’s completely honest. (But) I know there are decisions that need to be made,” Boughner said.

NOTES: Capitals forwards Nic Dowd and T.J. Oshie were both back on the ice after missing time due to leg injuries. Dowd hadn’t played since Nov. 8, and Oshie since Oct. 27. … The Capitals assigned rookie F Brett Leason to their AHL affiliate in Hershey, Pennsylvania. … Samsonov was making his first career appearance against San Jose. … Sharks forward Kevin Labanc was issued a one-game suspension for slew footing St. Louis center Tyler Bozak. Labanc was called for a two-minute tripping penalty during San Jose’s 4-1 road loss. He served the suspension Saturday. … The Sharks recalled Gregor and forward Jeffrey Viel from their AHL affiliate in San Jose. … F Lane Pederson (lower body) was placed on IR. … C Jonathan Dahlen exited with just under seven minutes left in the first period with an apparent shoulder injury and did not return. … D Erik Karlsson’s next game will be his 800th.