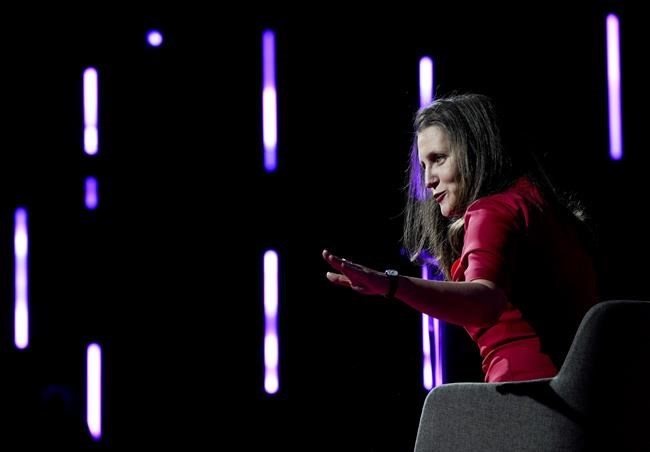 OTTAWA — The Trudeau Liberals have outlined their latest aid package for an economy recovering from COVID-19, proposing targeted support to severely affected businesses, locked-down workers, and extra weeks of benefits that expired just days ago.

OTTAWA — The Trudeau Liberals have outlined their latest aid package for an economy recovering from COVID-19, proposing targeted support to severely affected businesses, locked-down workers, and extra weeks of benefits that expired just days ago.

The legislation introduced Wednesday in the House of Commons is one of four bills the government wants MPs to pass before the middle of December ahead of a scheduled winter break.

The Liberals are proposing to send $300 per week to workers who find themselves off the job because of a “COVID-19-related public health lockdown in their region” between now and spring 2022.

Those payments would be retroactive to Oct. 24 when the Liberals let a pandemic-era benefit for the unemployed expire. The Canada Recovery Benefit’s siblings — sickness and caregiver benefits — would each get revived after expiring this past weekend with two more weeks of eligibility until May 7.

Wage and rent subsidies for businesses would be more generous and targeted over that same period to still-hurting tourism, culture and hospitality sectors, as well as a long list of establishments like movie theatres, arcades, casinos and gyms.

All would need to prove a deep and prolonged revenue loss to qualify.

Dan Kelly, president of the Canadian Federation of Independent Business, praised the extended list of eligible companies, but said the high bar for revenue losses would leave out too many small businesses.

Similarly, Restaurants Canada asked the Liberals to lower the revenue-loss requirement over worries that many financially viable operations won’t survive the pandemic.

“We have been asking for months for sector-specific support and we just got a small portion of what we asked,” said Olivier Bourbeau, the association’s vice-president of federal and Quebec affairs.

The government also wants to extend to May a hiring credit for companies that add to their payrolls by boosting wages, rehiring laid-off workers or new hires. The credit doesn’t require as deep a revenue loss to qualify.

The Liberals say the economy is no longer in the same crisis that gripped the country at the onset of the pandemic when three million jobs were lost over March and April of 2020.

Employment has since rebounded to pre-pandemic levels, although the ranks of Canada’s unemployed, including those who have been without a job for six months or more, remain higher than prior to COVID-19.

The mix of high unemployment and labour shortages helps explain why the government wants to target aid, hoping it jump-starts job hiring.

An analysis of survey data by job-posting site Indeed found more respondents were actively looking for work last month compared to July, August and September, and most described their search as “urgent.”

Indeed senior economist Brendon Bernard wrote that urgent job searches are usually linked to financial difficulties, suggesting the findings may be an early warning of strain for households.

The minority Liberals estimate the new aid package would cost $7.4 billion, and the government needs parliamentary approval to spend the money.

The Conservatives and Bloc Québécois separately on Tuesday suggested they may support the bill — the former because benefits will go where needed most, the latter because it would mean help for cultural workers.

NDP Leader Jagmeet Singh said Tuesday his party couldn’t support a bill that would cut help for workers, adding that he wants the government to reverse drops in income-tested benefits for low-income seniors and families who received aid last year.

That aid boosted their incomes, and have found their old age and child benefit payments have declined in value.

In a letter Wednesday, NDP finance critic Daniel Blaikie asked House Speaker Anthony Rota to allow an emergency debate on the issue to press the government on a plan to help “these financially vulnerable Canadians before they lose their home.”

This report by The Canadian Press was first published Nov. 24, 2021.