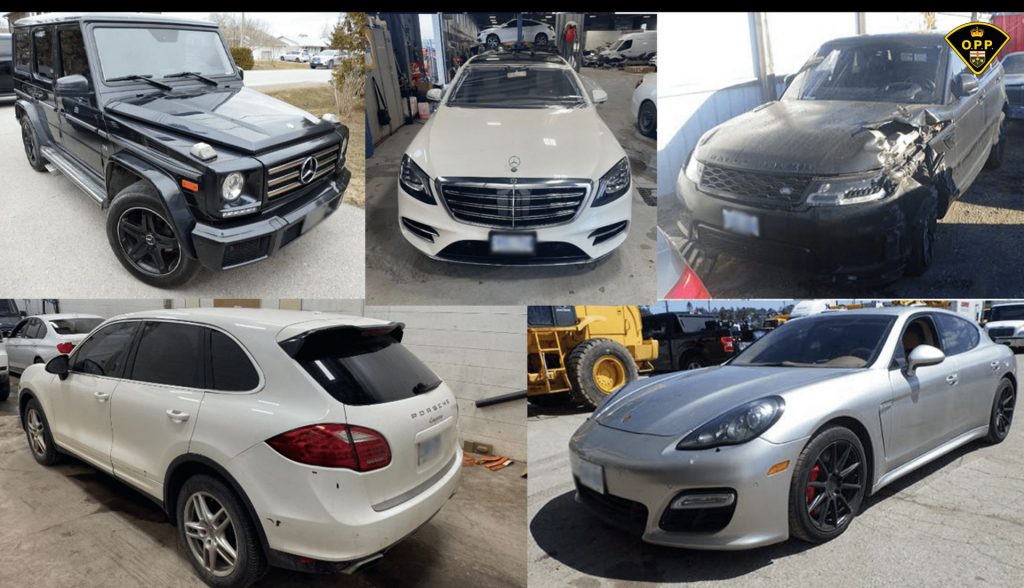 Three people have been arrested in connection with a year-long investigation into stolen luxury cars, jewelry, guns, drugs and money in Peel Region.

In one case, the suspects made their way into a home and demanded money before assaulting the victims. One of the suspects fired a single shot into the floor in an attempt to further intimidate the victims. The suspects then fled the residence and stole a 2021 Bentley Bentayga, valued at $400,000.

Police say the stolen vehicle was quickly located and seized by investigators.

As a result, two suspects were identified in that case as well as a female suspect who assisted in falsely registering a re-vinned 2017 Range Rover with the Ministry of Transportation.

Ahmet Ibrahimi, 29, from Kitchener, Anthony Putzu, a 30-year-old with no fixed address, and Diana Bytyqi, 28, from Cambridge were all charged with offences ranging from possession of property obtained by crime, obstructing a peace officer and uttering forged documents.

During the course of this investigation, police say they uncovered a larger provincial crime ring that included ties to drug trafficking and stolen cars, which Ontario Provincial Police detailed earlier this year. “Project Myra” resulted in 28 individuals being charged with 242 criminal offences and led to the recovery of 214 stolen vehicles valued at more than $12 million. Investigators say employees of ServiceOntario are among those accused of assisting with the illegitimate registration of stolen vehicles.

Peel police say further information from those investigations led to a further examination of a home invasion incident in Brampton on May 17, 2022. Investigators say they discovered another distinct group believed to be responsible for robberies using stolen vehicles linked to Project Myra.

Two men – 24-year-old Ismael Ajiroba and 25-year-old Shareef Robinson, both of Brampton – face several stolen vehicle and firearm-related charges. Police say both men were on parole at the time of the arrest.

As well, a vehicle was identified and recovered during this investigation was found to have been used in two armed jewellery store robberies in Peel in May 2022.

Harris Mohamed, a 24-year-old man from Toronto, faces eight charges including robbery with a firearm, disguise with intent and using a firearm while in the commission of an offence.