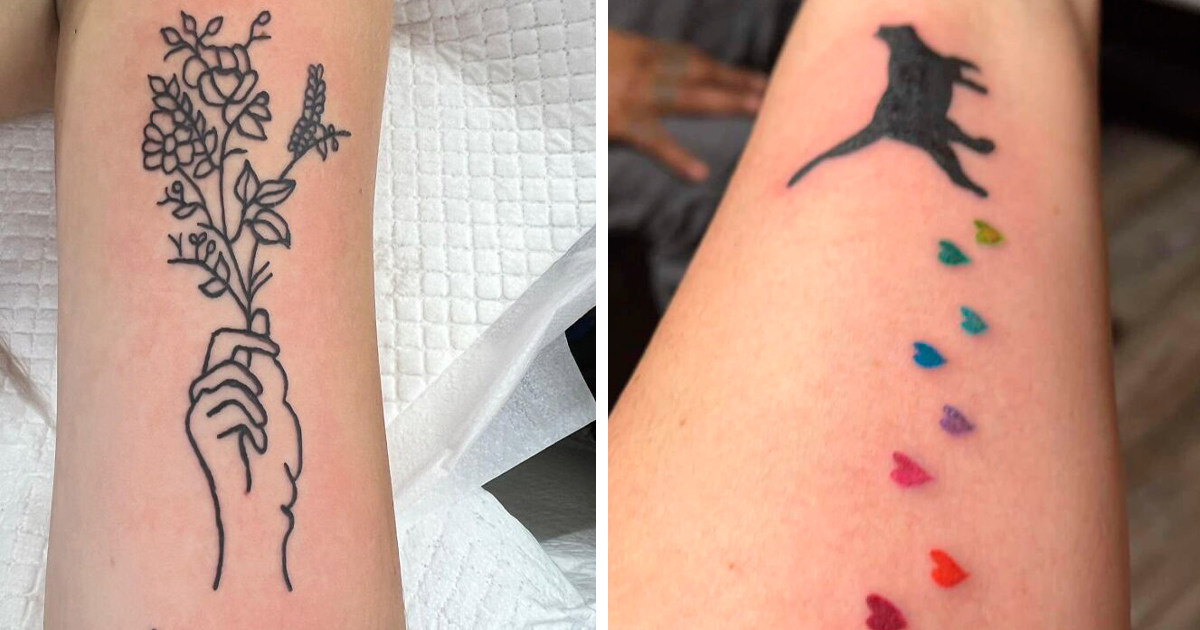 Tattoo artist David, from the Archangel 1608 Tattoo Studio in Glasgow, Scotland, previously explained to Bored Panda how people can practice their skills in order to get better at inking others.

“Tattooists can practice on any number of things initially, to help them get the mechanics and techniques to tattoo properly,” he told us during an earlier interview. “You can buy synthetic skin, pig skin from a butcher’s, or even use fruit, such as oranges or lemons, bananas.”

Whatever the case might be, the artist noted that there’s really “no substitute for moving, breathing, sweating, bleeding human skin.” Sooner or later, all tattoo artists will have to practice on real people.

“The first 4 or 5 tattoos I ever did were on myself. It was a pretty severe learning curve, but I had to prove that I wanted the apprenticeship, and it let me see how the tattoos would heal up, and what I could do better,” David, from Glasgow, opened up about his own journey in the industry.