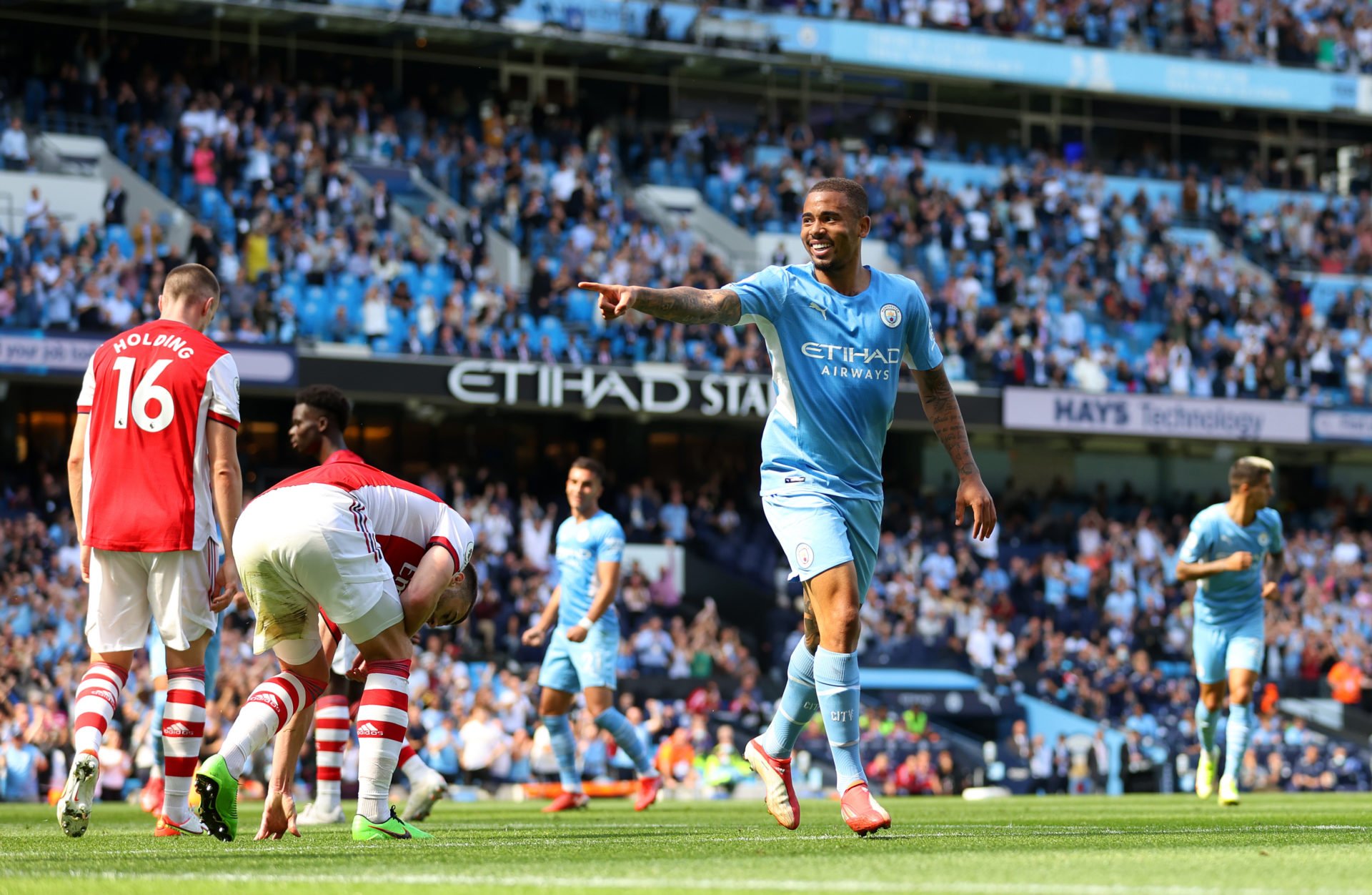 Nedum Onuoha has claimed that it’s a ‘shame’ Gabriel Jesus could be leaving Manchester City, but it would be a ‘great move’ for him to Arsenal, as he told ESPN.

Arsenal are keen to bolster their forward line, after making their first senior signing of the summer transfer window on Tuesday by bringing Fabio Vieira to the club.

Will Jesus now follow suit? Well, there are suggestions that the north London club are close to securing the talents of the £50 million player.

Onuoha spoke about Jesus’ seemingly imminent departure, what this means for Man City and how he could do well at Arsenal.

“I think with Haaland in Manchester, then I am going to say no (Guardiola won’t regret selling Jesus),” said Onuoha.

“It’s a shame for Jesus, because during the duration of his time at Man City, he has always felt like a bit of an understudy.

“When he is doing well, then he does very, very well. But then, when the big games come along, it’s no surprise to see him on the bench. And that must be frustrating for him.

“Maybe Pep could regret it, but I don’t think he’s the type of person to make a decision about somebody leaving and says ‘it’s a shame’. I don’t think there will be regrets. The squad that they have is great and it’s been added to this summer.

“Going to play for Arsenal is not the worst thing in the world. I think if he can go there and show some of the positives he showed for Man City, then it’s a great move for him and Man City.”

WILL JESUS AND NKETIAH BE ENOUGH FIREPOWER?

Arsenal’s lack of action, clinical finisher and goal threat in the final third is what probably cost them Champions League football last season.

Whilst Heung-Min Son raced to 23 Premier League goals, without penalties, and to the Golden Boot, it was Bukayo Saka who was Arsenal’s top-scorer with 11.

That’s not even more than Harry Kane, who some felt had an off-season, but he still managed to find the back of the net on 17 occasions.

Nonetheless, if Jesus does sign, then will it be enough firepower for Mikel Arteta heading into the new season, because Eddie Nketiah is still trying to find their feet.

They might not need another out-and-out striker, but someone to provide more goals in the final third is probably a must, on top of the possible Jesus transfer.

In other news, Player has an offer from Liverpool, but he could join Arsenal instead