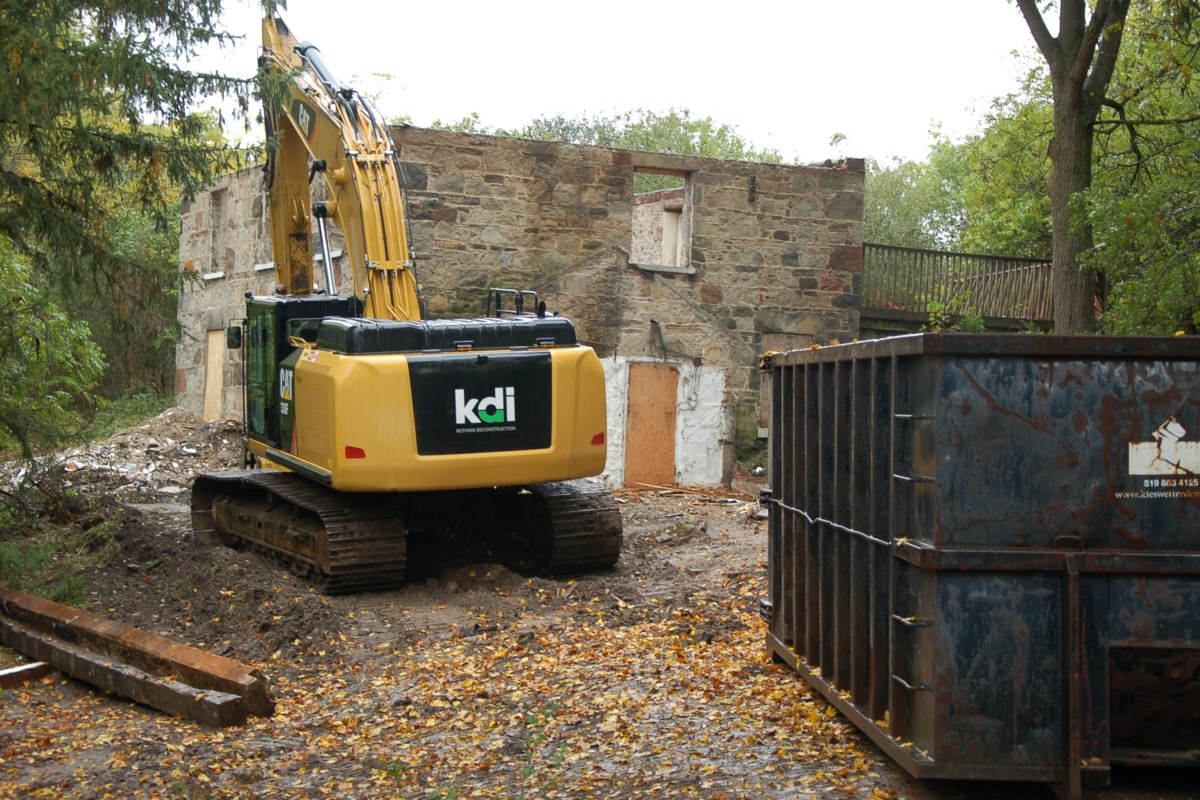 What led to last year’s demolition of a previously protected but allegedly neglected publicly-owned heritage house in the city’s north end?

There were 53 “contributing causes” with four “major contributing factors,” an internal city staff investigation has found.

In a report heading to council’s committee of the whole next week, city staff identify 14 possible solutions to preventing what happened to the circa. 1840 stone farmhouse at 797 Victoria Rd. N. – known as the Shortreed Farmhouse – from happening again.

The four “major contributing factors” identified in the report are:

Citing concerns about safety, city council removed the property from the municipal registry of cultural heritage properties on Sept. 27 and gave a green light to tear down the Grand River Conservation Authority-owned home.

On Sept. 30, council held a special meeting to potentially reconsider the motion after it was discovered Heritage Guelph wasn’t consulted ahead of the previous vote, as is required by the Ontario Heritage Act. That reconsideration failed, leaving the original motion in place.

A second emergency meeting was held Oct. 6 to deal with controversy surrounding the intent of motions approved during the Sept. 30 meeting, but ended with council’s confirmation of its previously confirmed prior demolition approval.

At that time, CAO Scott Stewart pledged to review the processes that led to the demolition and identify what went wrong, which is where this latest report comes in.

“Fourteen possible solutions are being evaluated by all departments involved in this file and solutions will be implemented,” the report states. “It is estimated that this work will take approximately four months to complete and could be done with existing resources.”