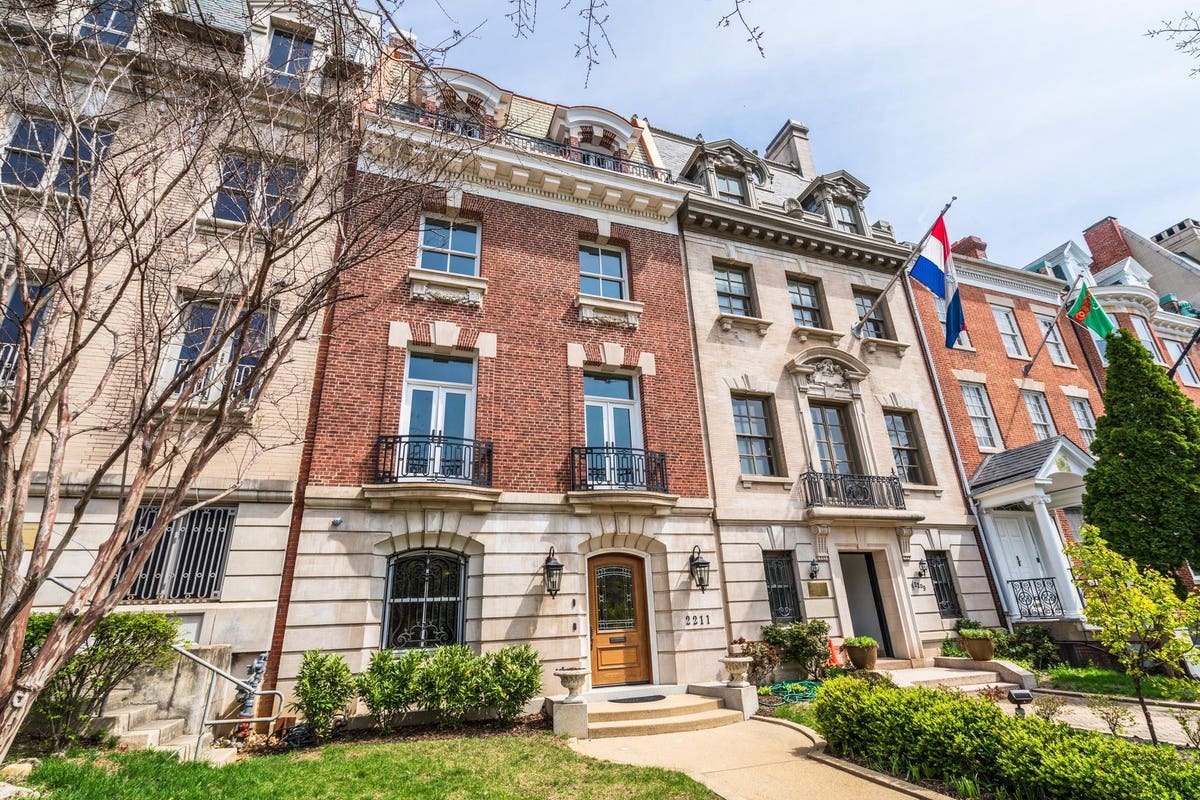 What was once the stately home of Civil War Union General Philip Sheridan’s widow and their three daughters for nearly five decades and later transformed into a Greek Embassy is awaiting yet another rebirth.

MORE FROM FORBESInside the Obamas’ Post-White House Home in Kalorama

Built in 1920, the grand 8,685-square-foot property located in Sheridan-Kalorama, an exclusive neighborhood in Washington, D.C., offers the unique opportunity for it to be completed as either a luxury residence or return as another embassy.

“After the Government of Greece bought it along with two other properties, the three properties fell into disrepair,” says listing agent Deborah Fonseca of Long & Foster Real Estate. “The property is now owned by a Greek billionaire from Boston, who has been restoring the property over the past 2.5 years. He saw it as a good investment and purchased it in 2016. In D.C., it takes years to get permits to do the work, so he has spent the last 2.5 years restoring it.”

The property is just steps from Sheridan and DuPont Circles in the middle of Embassy Row surrounded by other embassies.

“It’s zoned for residential, however, we have a number of letters and decisions from the city saying that because the last usage was an embassy and there has been no intervening occupant, they will allow it to be an embassy as well,” Fonseca adds. “So, it has to be either a residence or an embassy.”

During the lengthy renovation process, the entire six stories were stripped down to the studs and thoughtfully restored. It now features hardwood floors throughout, 16 temperature zones, custom mahogany doors and a single-piece, solid wood banister. The plumbing and electrical have also been redone from the ground up. There is also a rooftop terrace, two additional balconies and parking for up to four cars.

Fonseca notes that the home is being offered as “warm shell,” meaning final touches will likely be influenced by how the property is used.

“The reason we left it like that is because it could go either way as a residence or embassy. It can be finished quickly though. There is some exposed brick, and the ceilings are exposed because so many buildings in D.C. claim to be restored but really aren’t. This is a real restoration. Virtually everything in the property has been restored,” the agent explains.

In addition to a brand-new elevator, the windows have been replaced and some of the lower ceilings have been raised.

Changes are also underway in the neighborhood. According to the listing, by the end of 2022, Massachusetts Avenue, where the home is located, will be transformed into a “splendid European-like avenue” complete with marble sidewalks, new pavement, improved streetscape, upgraded lighting, traffic signals and landscaping.”