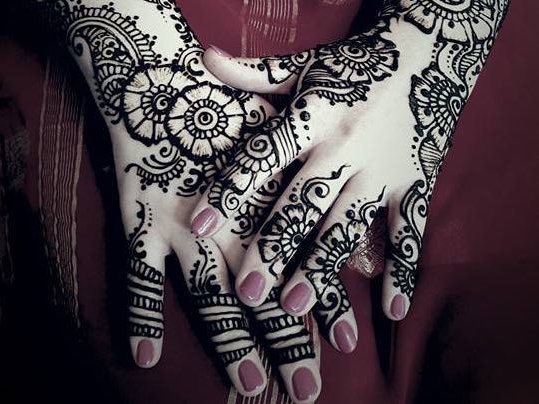 When getting married, it’s important to many brides and grooms to include traditions from their cultural backgrounds to create a signature and meaningful ceremony for themselves, their families and their guests. This can be done through the menu, an element of the ceremony, the reception or in just about any other way a bride and groom can think of.

In Milwaukee, we have our own wedding traditions (which are based on other heritages, of course) from polka bands to the tossing of the garter belt.

But here are six world practices that have been woven into Wisconsin weddings:

1. The gift of a goose and the throwing of dried dates at the bride

In Korean culture, the groom’s family is required to give a goose to the bride’s family as a symbol of faithfulness and longevity. When Whitefish Bay’s Saehee Chang got married to a man of German descent in 1999, they decided to honor this tradition but with a twist.

“Instead of a live goose, my husband’s mother – who is a gifted potter– made a ceramic goose instead,” says Chang. “It was creative and extremely meaningful.” Chang also practiced a Korean fertility tradition called the p’ye-baek during her wedding. This requires the elders in the group to toss dates at the bride who tries to catch them in her wedding skirt. While tossing the fruit, the elders shout the number of children they hope the couple will conceive.

“My husband’s grandmother got so into this she took two huge handfuls and tossed 15 or 20 dates at me,” says Chang. “Needless to say, we did not end up having that many children. Two is plenty.”

The lasso wedding tradition is practiced by Mexican and Filipino families in many different ways. Sometimes the lasso is a “rope” made of rosary beads, ribbon or flowers and placed by the officiant around the bride and groom to symbolize their everlasting love.

“Eventually, he got to 60 years, and only my parents were standing on the dance floor. He presented the lasso to my parents, the longest married couple in the room, and then they placed the lasso over us,” says Romo. “We are both Mexican and it’s a great tradition that I am still happy we did.”

3. Henna on her hands and fire in their heart

In many Muslim and Hindu weddings, henna – also known as “mehndi” – is ornately applied to the hands (and sometimes feet) of the bride, her female family members and her wedding party. The celebratory ceremony often takes place the night before the wedding and represents prosperity and good health for the bride.

Because of many films and novels, henna has been popularized in American culture beyond wedding ceremonies in settings like festivals and private parties. However, there are many other Hindu wedding traditions that are integral to a Hindu wedding.

“Fire is the most important witness to the ceremony,” says Usha Bedi, who married her husband in 1972 in Ahmedabad, India.

During the vows, the bride and groom sit in front of a fire, called an agni, because fire is regarded as a purifier and a sustainer of life. The priest recites mantras from the Holy Scriptures and then performs a ritual called mangalfera, during which the bride and groom walk around the fire (usually) four times exchanging vows of duty, love, fidelity and respect. Family members often make offerings of grain or rice into the fire and, at the end of the ceremony, the bride and groom take seven vows, sealing the marriage forever.

Native American wedding ceremonies sometimes include a blanket ceremony, which involves the officiant wrapping the couple in a blanket while blessing their union.

In 2015, Suzanne Clifford married John, a Lakota Indian, and his father – along with a member of the congregation of The Great Spirit – performed the ceremony. The blanket, which has a tree of life on it, was a gift to the couple from the groom’s parents.

“The gist of the ceremony was things are good now, but the blanket will keep you warm when you’re cold, will keep you together in times of strife and so on” says Clifford. “It was beautiful. Really cool. But it was also very hot. Literally. We were wrapped in a wool blanket on a 90-degree day.”

5. This cake stacks up

Norwegian weddings and other special occasions often include a Kransekake, or “wreath cake,” that’s an almond-based cake. The structure is held together by royal icing, which is a hard white icing often used to decorate Christmas cookies.

“It’s more like a cookie than a cake and is baked in concentric rings and layered to form a pyramid,” says Pamela Anderson, a Milwaukee artist of Norwegian heritage who included a kransekake in her wedding celebration in 2011.

Sometimes, the bride and groom lift the top layer of the cake before serving it and the number of cake rings that stick to the top one represents the number of children the couple will have.

For Anderson, the biggest challenge was finding a Norwegian baker in Milwaukee.

“We had it made in Minneapolis and my sister in law brought it down for the wedding. It was divine and made our day even more special,” says Anderson.

6. Jump the broom before the honeymoon

There are many religious wedding traditions –  including the breaking of a glass at a Jewish wedding (mazel tov!)  – but the “jumping of the broom” at a Pagan wedding is one that’s generally lesser known. This custom was adopted from African-American culture and is still sometimes practiced in African-American weddings today. Jumping the broom represented then, and still does today, “sweeping out the old and bringing in the new.”

Amanda Asante and her husband had a Pagan ceremony in Milwaukee’s Lake Park about a decade ago. It was a legal ceremony that included a priestess who hand-fasted the couple by literally tying their hands together with a special cloth (hence the expression “tying the knot”) and then jumping over a broom.

“It was important to us to celebrate that really special day in nature and with these traditions,” says Asante. “It was an ineffable feeling.”