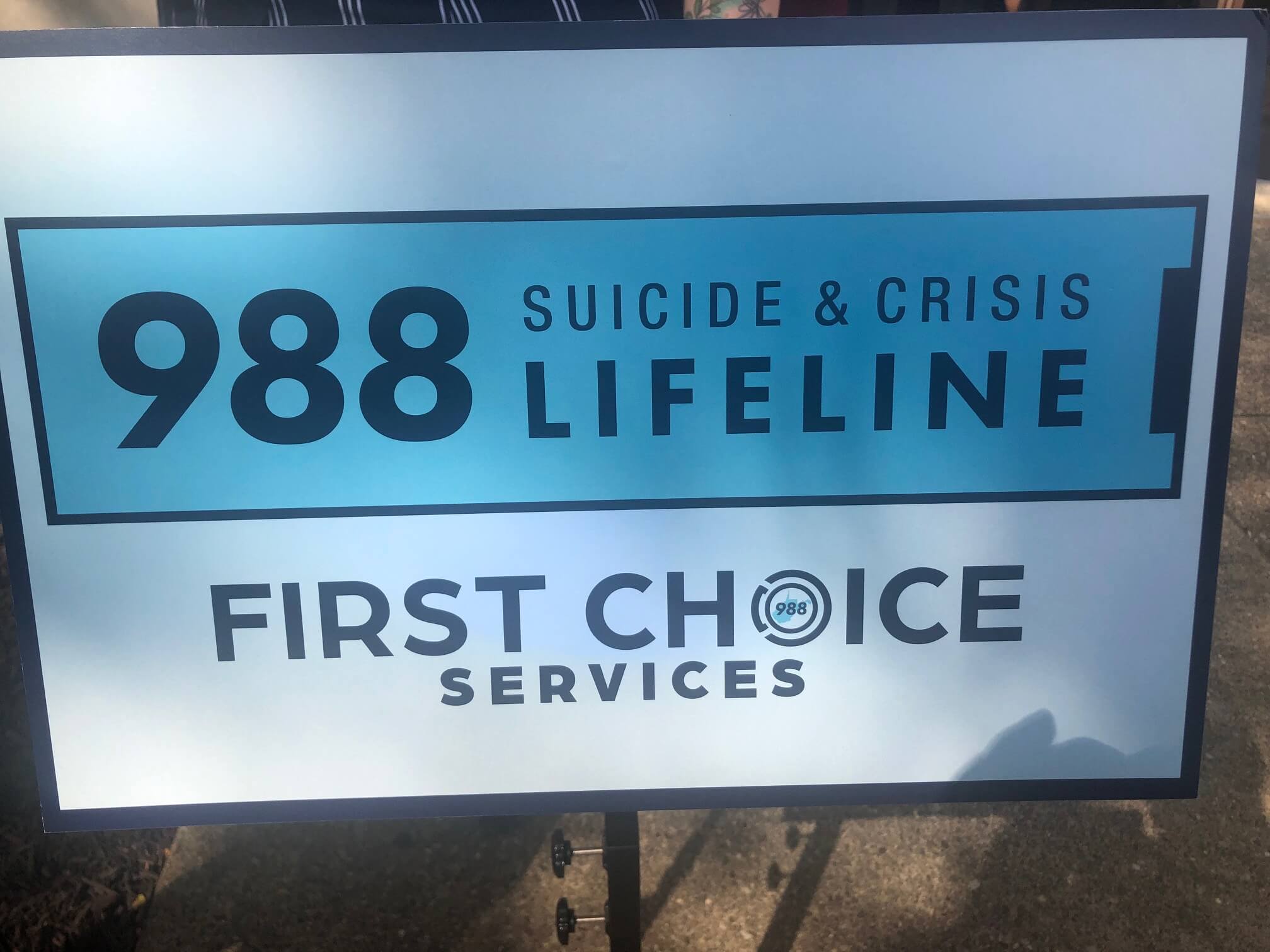 CHARLESTON, W.Va. — A celebration of hope is how Lata Menon, the CEO of First Choice Services is describing the upcoming launch of West Virginia’s 9-8-8 Crisis and Suicide Lifeline.

Ahead of the 9-8-8 number launching nationwide Saturday, mental health leaders and advocates gathered Friday at First Choice Services in Charleston for a kickoff event.

Cindy Stagg, the West Virginia Chapter Chair for American Foundation for Suicide Prevention was in attendance and said that while the 1-800-273-TALK number will remain in service, the launch of 9-8-8 will be life-altering. She said it’s easier to remember and will have quicker response times.

“When you have the 800-273-TALK number to try to remember if someone is in a crisis at that moment and you don’t remember that because you’re overwhelmed, you can lose. You can lose that impact,” Stagg said.

“Having 9-8-8 is just a game changer for mental health, advocacy and saving lives.”

Menon noted the work to the launch of 9-8-8 has been going on for several years. In April, Gov. Jim Justice signed Senate Bill 181 into law. The bill originated in response to the National Suicide Hotline Designation Act of 2020, which designated the three-digit phone number 988 as the universal number for the National Suicide Prevention and Mental Health Crisis Hotline System.

Menon said many of the staff are in long-term recovery from substance abuse, are survivors of domestic violence, have lost loved ones to suicide, or have survived suicide attempts.

“Over the course of a conversation, often a long one, we help people sort through these thoughts and confusion. We help people identify some of the reasons they have to be here,” Menon said.

In 2020, 395 West Virginians died by suicide, the eighth highest rate in the country, according to AFSP. Stagg said West Virginia leads the nation in suicide rate with firearms. She said her organization is working to bring additional gun safety advocacy to West Virginia.

“Numbers are still way too high,” she said.

First Choice Services has hired 30 new staff members for the suicide lifeline launch. The organization has also been awarded a national contract to act as a backup center for chats and texts to the National Suicide Prevention Lifeline. Menon encouraged anyone interested in changing lives, to apply for a position on the organization’s website.