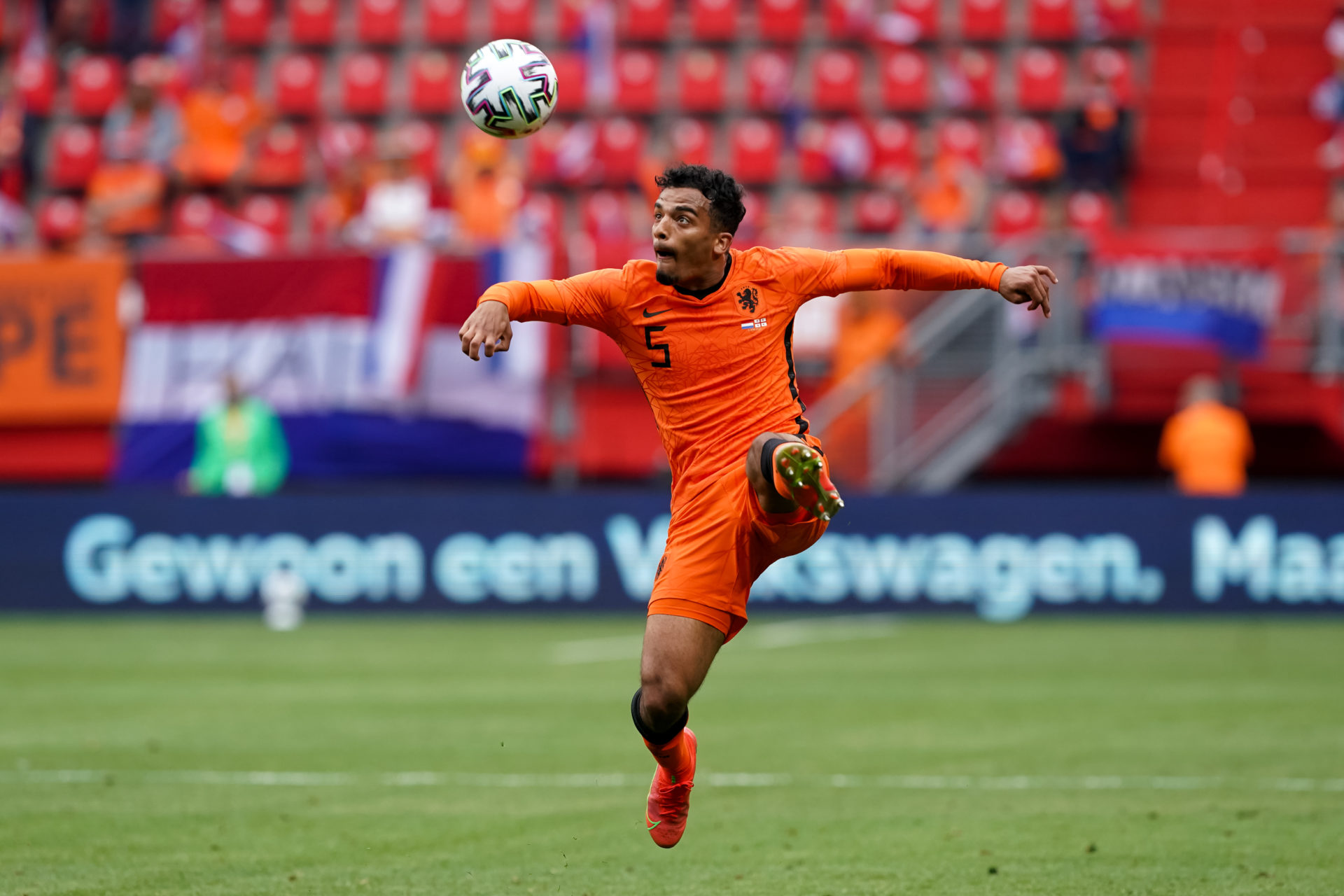 Owen Wijndal believes he is ‘ready’ to leave AZ Alkmaar amid interest from Premier League duo Everton and Tottenham Hotspur, speaking to ESPN.

Clearly, the Dutch international is not short of confidence. Wijndal certainly had no qualms about claiming, in public no less, that he believes there not a better left-back than him in the whole of the Eredivisie.

Fortunately, Wijndal has the ability to back up his ambition.

A swashbuckling, attack-minded full-back at his most devestatingly effective when racing to the by-line and cutting back pinpoint crosses, the 22-year-old provided an impressive 12 assists in 2021/22.

That form reportedly caught the eye of Tottenham, with FootMercato claiming that Spurs have held initial talks with AZ.

According to De Telegraaf, Goodison Park is another potential destination. Everton, after all, have just one senior left-back in Vitaliy Mykolenko.

And, not for the first time, Wijndal is open to offers as he prepares to take the next step in his development.

“I think I am ready for (a big move),” he says. “But I have also indicated in previous interviews that it must be a club I feel really good at. Otherwise, I will happily and proudly stay at AZ. That is always the case.”

The chance to play Champions League football under Antonio Conte, one of the finest tacticians in European football, will undoubtedly appeal to Wijndal. But Everton? Perhaps not. Mykolenko is not going to give up his starting berth without a fight, after all, while Goodison in recent years appears to have become a bit of a footballing graveyard. Where potential goes to die.

Ajax may also be in the race for Wijndal’s signature, with the since-departed head coach Erik Ten Hag confirming in May that he has ‘been on our list for a while’.

“Wijndal is in the selection for the Dutch national team,” says the now-Manchester United boss. “If you prove yourself there, I think you also have the qualities for a top club. He has indeed been on our list for a while.”