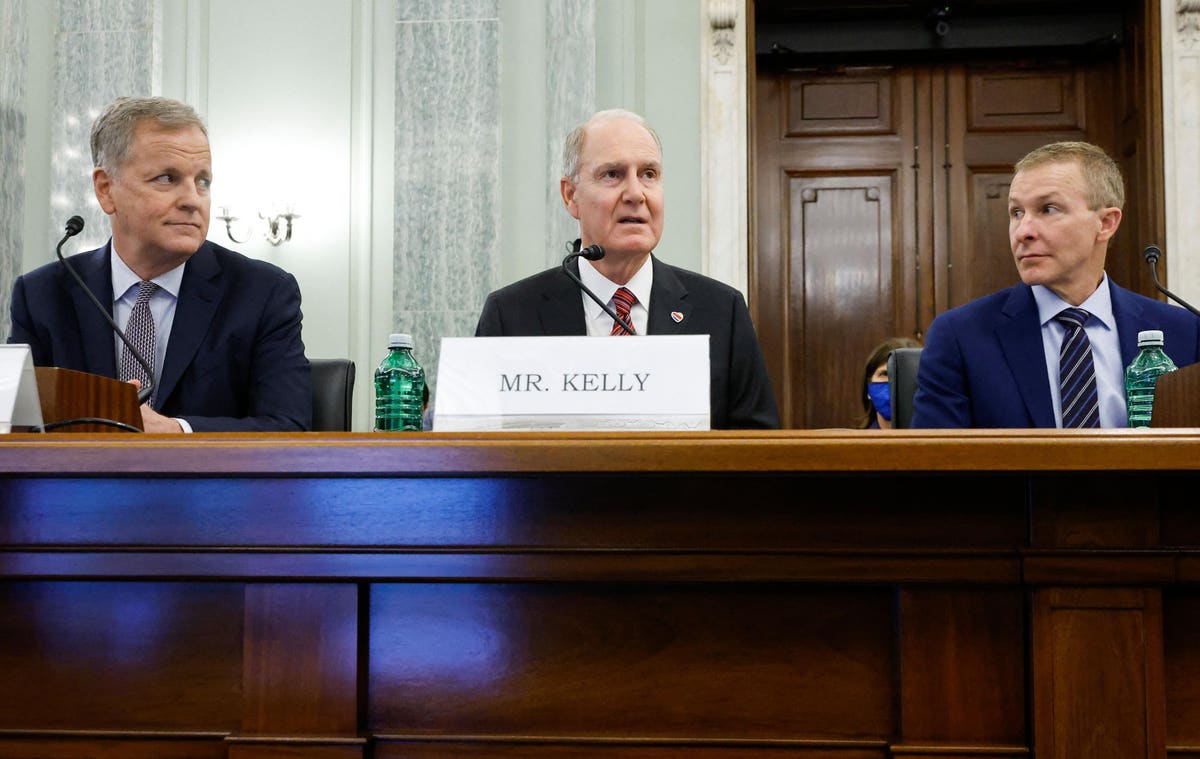 One day after a maskless Southwest Airlines CEO Gary Kelly testified before a U.S. senate committee that “masks don’t add much” on planes, the airline chief tested positive for Covid-19.

Kelly, who plans to retire in early 2022, received a positive test result on Thursday after experiencing mild symptoms, a Southwest spokesperson told USA Today, adding that Kelly is fully vaccinated and boosted, and tested negative “multiple” times before the Wednesday hearing.

All four of the other panel members at the hearing — Parker, Kirby, Laughter and Nelson — had tested negative as of Friday and would continue to get tested and monitor for symptoms, CNBC reported.

At the hearing, all four airline executives touted onboard HEPA filtration systems as a godsend for safe air travel during the pandemic. “I think we all generally agree now that the cycle of the way air turns over in a pressurized air cabin, and the filtration system is superior to many indoor spaces that you can be,” said Laughter. “The airplane is the safest place that you can be indoors,” said Kirby. “The aircraft is the safest place you can be,” echoed Parker.

But the executives have drawn backlash, and Kelly in particular, for seeming to imply that the air filtration systems on airplanes rendered wearing masks unnecessary. “Yeah, I think the case is very strong that masks don’t add much if anything in the air cabin environment,” the Southwest CEO testified.

A factcheck came from Nelson, who represents more than 50,000 flight attendants at 17 airlines. She framed air filtration as just one of several pandemic protocols that were keeping flyers safe. “So it is important to recognize that the safe controlled environment on the plane is a layered safety protocol, which includes the sanitation of the aircraft and includes the service procedures and includes the HEPA filtration that is not on all aircraft, by the way, and it includes everyone wearing the masks,” she testified, adding that not all aircraft have HEPA filtration and not all passengers are vaccinated.

Since the hearing, some of the airline chiefs have taken the opportunity to do some damage control.

On Thursday, Delta CEO Ed Bastien, who was not at the hearing, told CNBC he did not agree with the other airline executives’ assessment on the mask issue. “Particularly when we see omicron continuing to enter into our country, masks are going to be important as a safeguard for a while yet.”

Also on Thursday, Doug Parker clarified his position on Instagram. “I agreed with my fellow CEOs that being onboard a plane is proven to be a safe and healthy indoor environment. I did so by saying, ‘I concur,’ and then talked about air quality. I didn’t mention masks or the federal mask mandate, but my concurrence was ambiguous and it is my fault for not being clearer in my response,” he wrote. “We support the federal mask mandate. Full stop. It was issued by the TSA and in consultation with CDC and other health experts to protect the safety and well-being of our customers and team members.”

The same day, Sara Nelson told the Dallas Morning News that Gary Kelly of Southwest assured her that he supports the federal mask mandate.