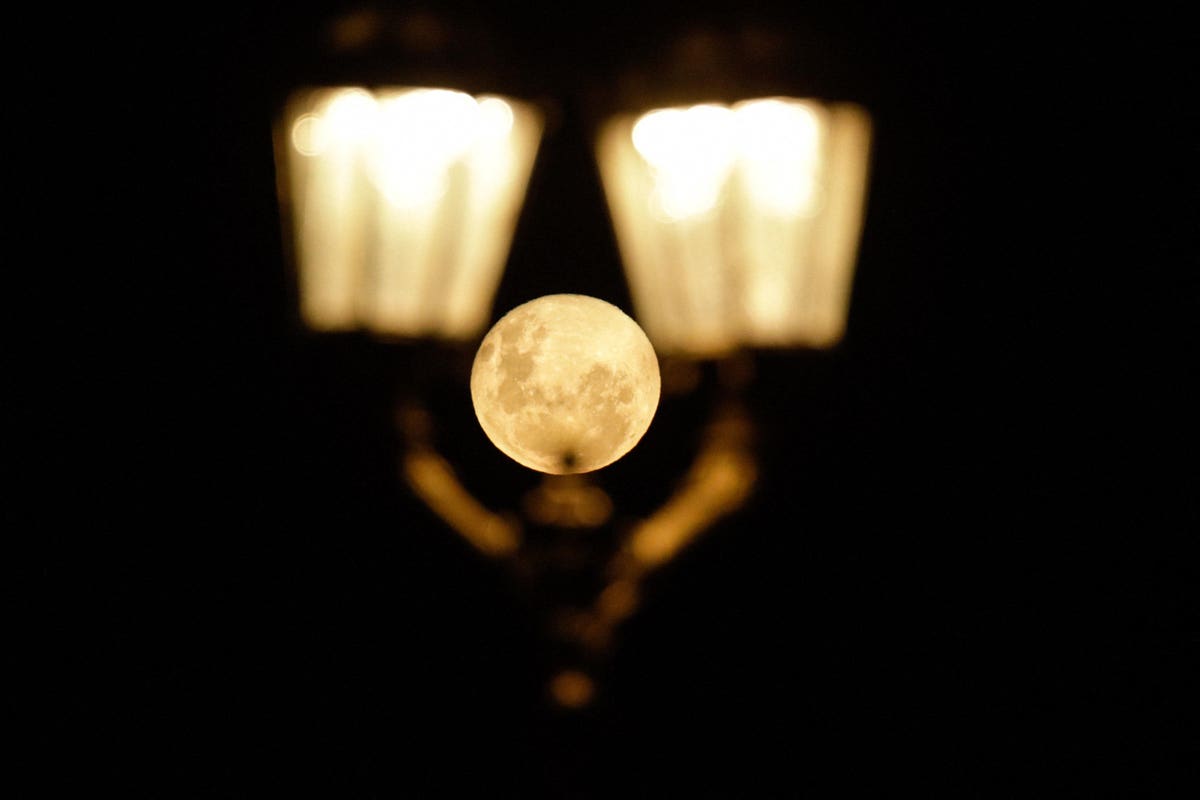 Looking for full Moon photos? A “Cold Moon”—December 2021’s full Moon and the final full Moon of 2021—rose at dusk this weekend to add a celestial sparkle to the festive season.

It’s also known as the Moon Before Yule—and as the “Christmas Moon”—as well as the Long Nights Moon because of its closeness to the Solstice.

The “Cold Moon” was 100% illuminated by the Sun—and so became officially “full”—at 04:35 UTC on Sunday, December 19. It put on a spectacular display just a few days short of the December solstice, though there was something unusual about the full Moon.

The Moon has an elliptical orbit of Earth, so during the year there is a particularly close full Moon—colloquially called a “supermoon”—and one that’s farthest away. The “Cold Moon” was 252,235 miles/405,932 kilometers distant, making it the farthest of 2021. It was therefore the smallest to us on Earth.

However, like all full Moons it appeared orange-colored as it appeared on the horizon during dusk on Sunday. When the Moon rises it appears to be orange, turning to a pale yellow as it rises. It only becomes a bright, white orb as it rises higher into the night sky.

The physics behind that color change is the same as for a sunset. As the Moon rises on the horizon you see its reflected light streaming through a lot of the Earth’s thick atmosphere.

The next full Moon is the full “Wolf Moon,” which will occur on Monday, January 17, 2022. It’s also called the “Ice Moon,” the “Long Night Moon” and the “Moon after Yule.” You can check the exact moonrise time for your location, though do be patient—it can take about 10 minutes longer for the full Moon to appear.

You don’t need any special equipment to go moongazing, though if you do have a pair of binoculars they can give you a fabulous close-up of the huge craters, rays and lunar “seas” on the Moon’s surface.