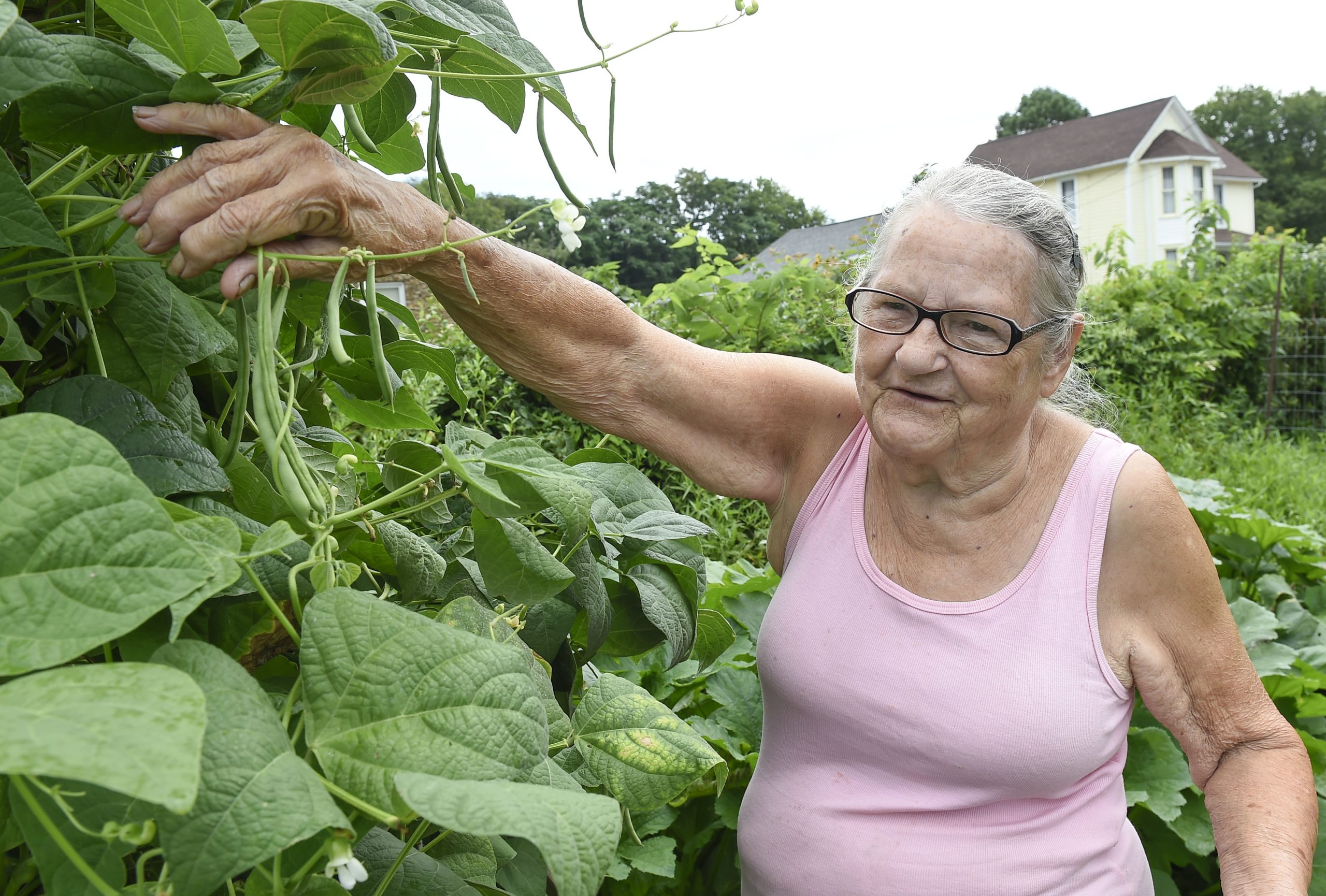 Rows and rows of tomatoes, cucumbers, peppers, squash, beans and more. Countless honeybees, butterflies and birds. Two plastic decoy owls by the names of Jake and Molly. A round table and umbrella. A woman and her grandson.

Georgia “Tiny” Marks, an 81-year-old Granville resident, spends her days tending to her backyard vegetable garden. Marks’ work begins early in the morning as she heads outside to remove weeds, water the plants and harvest any ripe vegetables. She’s already collected green and ripe tomatoes, zucchini and yellow squash this year.

Sometimes she spends her entire day in the garden and enjoys lunch outside with her grandson. Other days, she sits at the garden table with her late son’s handheld poker game.

Gardening has been a constant throughout Marks’ life. As a child, she lived on a farm with her mother after her father’s death. Together, they grew vegetables to support the family.

“Mom always raised a garden,” Marks said. “We couldn’t have made it if she hadn’t.”

Now, Marks gardens out of a love for the hobby.

Marks’ current garden was started at the end of May. In previous years, she has hand-spade the ground; this year, her family offered a helping hand and tilled the land for her. The garden is the largest and nicest it’s ever been. Previously, she’d had a small bed near her house with a few cabbage plants and onions. This year’s garden is visible from the road with towering beanpoles and cucumbers growing on a fence structure.

Marks’ garden seems to be the only one in the neighborhood, though she doesn’t think this will last much longer. Considering the cost of food, she thinks a lot of people will be raising gardens soon.

Although Marks doesn’t currently plan on a garden next year, she said that usually changes.

“I say that every year,” she said. “Then springtime comes and I smell the dirt and I’m out here again.”

Last year, Marks fell ill with COVID and developed double pneumonia. She attributes her recovery to a responsibility for her garden.

“The good Lord wanted me for something else,” she said. “Maybe it’s to raise this garden for people.”

Marks has dealt with stolen vegetables this year, finding multiple tomatoes and cucumbers missing. Someone also rode their bicycle through her yard, trampling some of the hot pepper plants.

“Nobody has to steal from me,” Marks said. “If they want something, all they have to do is ask. I’m a very giving person.”

Many of the vegetables she eats or preserves. The rest are gifted to neighbors or strangers walking along the sidewalk.

“If somebody’s walking by and I’m down there in the garden, I’ll ask if they want something and hand it over the fence,” Marks said. Last year, four rows of green beans were split between herself and a neighbor. They canned the beans together, around 200 quarts in total.

Many people don’t understand how much effort is put into gardening, she said.

“There’s a lot of people who never did that kind of work and they don’t know what goes into it,” Marks said. “People don’t know how many prayers are in that garden.”

Marks said her vegetables are planted with love and grown with love from above — that’s what makes them so good.