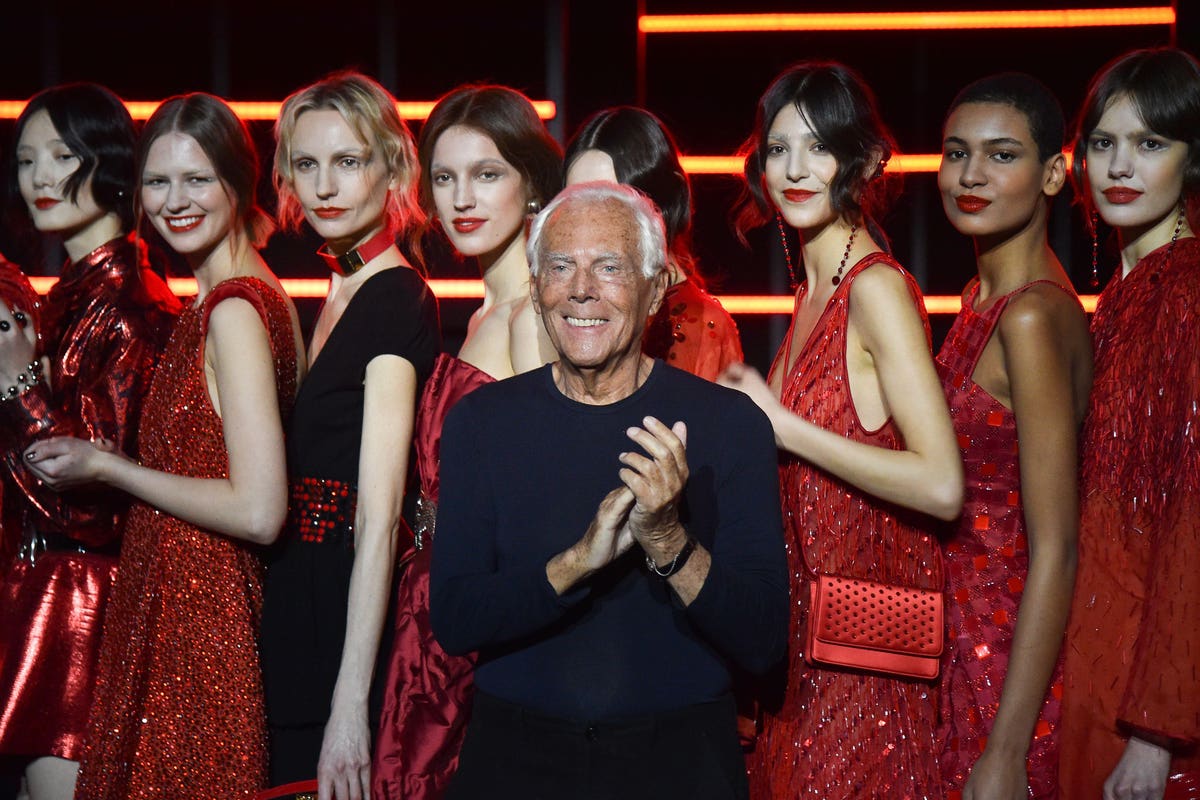 News for the upcoming fashion weeks in Europe, Italian designer Giorgio Armani has pulled out of Milan Men’s Fashion Week and Paris’ Haute Couture Week. The former to is set to start on January 14 – 18th and the latter, January 24-27th.

Giorgio Armani SpA would have shown their Emporio Armani collection in Milan and their Armani Privé collection in Paris this month. A kind of déjà-vu, almost a year ago now the company made the decision to back out of physical shows while the pandemic was not at its height but now it is and the company isn’t taking any chances. In a statement on LinkedIn, the Italian house noted: “This decision was made with great regret and following careful reflection in light of the worsening epidemiological situation. As the designer has expressed on many occasions, the shows are crucial and irreplaceable occasions but the health and safety of both employees and the public must once again take priority.”

The Omicon variant has spiked Covid-19 cases from the US to Europe and all the way down to Australia. The UK recorded 200,000 cases on Tuesday, France 270,000, and Italy reported 170,844 cases and 259 deaths. The World Health Organization warned yesterday that the variant has increased the risk of more dangerous variants to come. For an industry that survives on being seen and touched, this isn’t positive news.

Could Armani’s show cancellation be the sign of things to come for the official fashion weeks for the first quarter of the year? As of now, no. Milan’s Men’s Fashion Week is still surging on with physical shows. And Paris Fashion Week’s robust schedule is set to have a mix of physical and digital shows, from Valentino, Dior, and Chanel still showing- and Lebanon’s top designers from Maison Rabih Kayrouz, Tony Ward, and Elie Saab are all presenting.

2022 has started off with the pandemic still in full swing but time will tell how the fashion calendar will pan out but the industry has been resilient through wars, economic crises, and pandemics- and it will carry on as it always does.