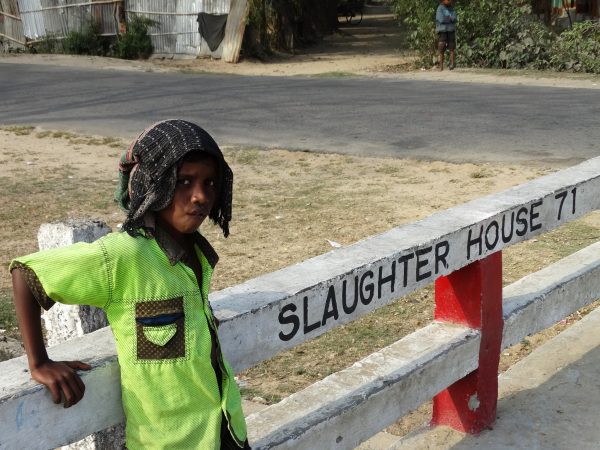 In a few weeks from now, Bangladesh will celebrate the 50th anniversary of the victory of its forces over the Pakistan army, which resulted in the emergence of Bangladesh as an independent country. Earlier this year, on March 26, the country celebrated the golden jubilee of the declaration of independence by the country’s founding father, Sheikh Mujibur Rahman.

Half-a-century has passed. Yet, the horrific violence that Pakistan (then West Pakistan) unleashed on the people of Bangladesh (then East Pakistan), which culminated in the death of millions of Bangladeshis, has not been forgotten in Bangladesh. Relations between Pakistan and Bangladesh have improved over the decades, but Pakistan’s unleashing of a genocide and its continuing reluctance to apologize for it remains a major thorn in their bilateral relations.

In March this year, Pakistan extended Bangladesh an olive branch. Prime Minister Imran Khan wrote to Bangladeshi Prime Minister Sheikh Hasina to congratulate her country on the occasion of the 50th anniversary of its independence.  Dhaka reciprocated – and reciprocated well. In her reply, Hasina said that “Bangladesh is committed to peaceful and cooperative relations with its neighbouring countries, including Pakistan.”

Several experts believe that economic cooperation could result in improving ties between Bangladesh and Pakistan.According to Michael Kugelman, South Asia expert at the Woodrow Wilson Center for Scholars in Washington, “Economic cooperation is logical space for stepped-up collaboration (between the countries). It’s a relatively safe space that can help build trust and goodwill for deeper cooperation in other areas.”

However, others believe that the “thorn” needs to be removed to improve relations.

According to Ali Riaz, professor at the Illinois State University, while “overtures” made by the leaders of the two countries earlier this year were a “positive” sign, “a better relationship requires Pakistan’s initiative to address the 1971 war, especially the genocide perpetrated by the army,” he said.

“Unconditional public apology from Pakistan is long overdue … No nation can move forward without confronting its dark past.” Real progress in bilateral relations, Riaz said, “hinges on Pakistan’s unconditional apology for the 1971 war.”

In the Bangladesh-Pakistan case, however, the hurdle is not only ill-defined, but the supporting arguments for acknowledgment of war crimes, the need for an apology, and subsequent normalization of relations are offset by strongly-felt sentiments and views on both sides.

History remembers the thousands of people who resisted and fought back against the Pakistan military in the deep rural areas of Bangladesh, although many operational and tactical successes of the Bangladeshi fighters have gone undocumented.

Dhaka hosts silent hymns of respect and remembrance for the 3 million people who died, the roughly 200,000 women who were mercilessly raped by Pakistani soldiers, and the millions who were driven across the border with India to seek shelter in refugee camps there.

There is another reality of the 1971 war, however, that is wildly different from the one felt and perceived in Bangladesh. Pakistani Prime Minister Zulfiqar Ali Bhutto did set up the Hamood-ur-Rehman Commission (HRC) to examine the factors that led to Pakistan’s surrender in Dhaka on December 16, 1971. However, the report stayed classified for more than 30 years since it recommended trials of some generals, including the then-top brass of the Pakistan military. By the time “parts” of the HRC report were declassified by Pakistan, the narrative of the 1971 war – perhaps to Islamabad’s luck – had been successfully altered. The war that Pakistan lost against India was now seen as an Indian conspiracy to divide Mohammed Ali Jinnah’s Pakistan project.

Shortly after the HRC report, Pakistan reluctantly acknowledged that crimes were committed by “some” of the soldiers. It then went ahead to question the integrity of the statistics claimed by Bangladesh. It was tactically impossible, it said, for 40,000 soldiers posted in the then East Pakistan to commit mass atrocities of such a scale even if they were only ordered to commit war crimes.

Even now, a section of Pakistanis believes that rebellious Bengalis, encouraged by Indian influences, were engaging in civil disobedience against the writ of the state, and West Pakistan’s then government was within its rights to commit the atrocities without any remorse or apology.

Over the past two decades, there has been a resounding agreement in Bangladesh that Pakistan owes Bangladesh an apology; an apology that is needed as a matter of principle for the horrific war crimes that Pakistan committed. The demand is simple: Even if it was only one person who was killed, only one woman who was raped, or one child left orphaned, this deserves an apology.

Therefore, when Pakistan’s Ministry of Foreign Affairs expressed concern in a statement following the execution of Motiur Rahman Nizami – a war criminal accused of colluding with the Pakistan military in 1971 – and said that “his only sin was upholding the constitution and laws of Pakistan,” it only contributed to hurting Bangladeshi sentiments and dragging bilateral relations through the mud.

While Dhaka sees potential in pursuing bilateral relations with Pakistan, memories of the 1971 war remain vivid in Bangladesh. The atmosphere remains highly charged. The 1971 war has turned into an issue that cannot be challenged or questioned at all, to the point where critique is, sometimes, misconstrued as revisionist.

For instance, during the ongoing Pakistan cricket tour of Bangladesh, an independent group filed a lawsuit against the Pakistan team for hoisting their national flag during their practice sessions in Dhaka. During a match, a Bangladesh freedom fighter was found to have assaulted Pakistani supporters of Bangladeshi origin. Many celebrities came forward to criticize the extension of support by Bangladeshis to a team other than its own.

Meanwhile, in Pakistan the popularity of the Imran Khan regime is waning. His promises of a Naya (New) Pakistan, of change and fixing the country’s failing economy enabled him to win the 2018 election. But he has not lived up to the expectations. While Khan’s austerity drives have cut government expenses, his government has failed to audit and challenge the massive security budget that enables the generals to amass wealth and build private empires.

Khan came to power on the military’s support. Being backed by the generals, he will find it difficult to even consider recognizing the full extent of atrocities committed in 1971, let alone apologizing. An official recognition of what happened in 1971 will mean that Pakistan will have to accept that India was not the enemy in 1971. This entails walking back from years of foreign and security policies that legitimized big military budgets, arms races, and building nuclear capability to counter India’s influence in the region.

It also entails accepting that Pakistan had indeed committed war crimes – whatever their magnitude – on its citizens in the then East Pakistan, but chose to keep up a ruse for 50 long years.

Challenging the official Pakistan narrative on 1971 is without a doubt, a huge risk for Khan. He will be taking on Pakistan’s powerful military, losing support within his party and weakening his government.

The story of 1971 is not the war reported on Bangkok Post with harrowing black-and-white photographs that to date send chills down the spine. Neither do BBC documentaries on the guerrilla warfare capture the story of the war.

It is the accounts of people like my father who, 50 years after the end of the war, still find it hard to believe that they managed to survive horrific violence. Their memories of dodging bullets and staying ahead of Pakistani soldiers chasing them just a hundred yards behind remain vivid.

The validity of the war and how it impacted every Bangladeshi lives in my friend’s grandfather’s every step, as he continues to limp 50 years after being shot in the war.  The war still lives in the memory of thousands of women who were raped, whose agony has been reduced to a disputed statistic.

Facts and figures can be disputed. They can face scrutiny. But 50 years on, the 1971 Liberation War continues to live in the faces and feelings of millions of Bangladeshi families, who lost so much, yet grew despite it.

But what good do feelings do if facts remain allegedly invalid?