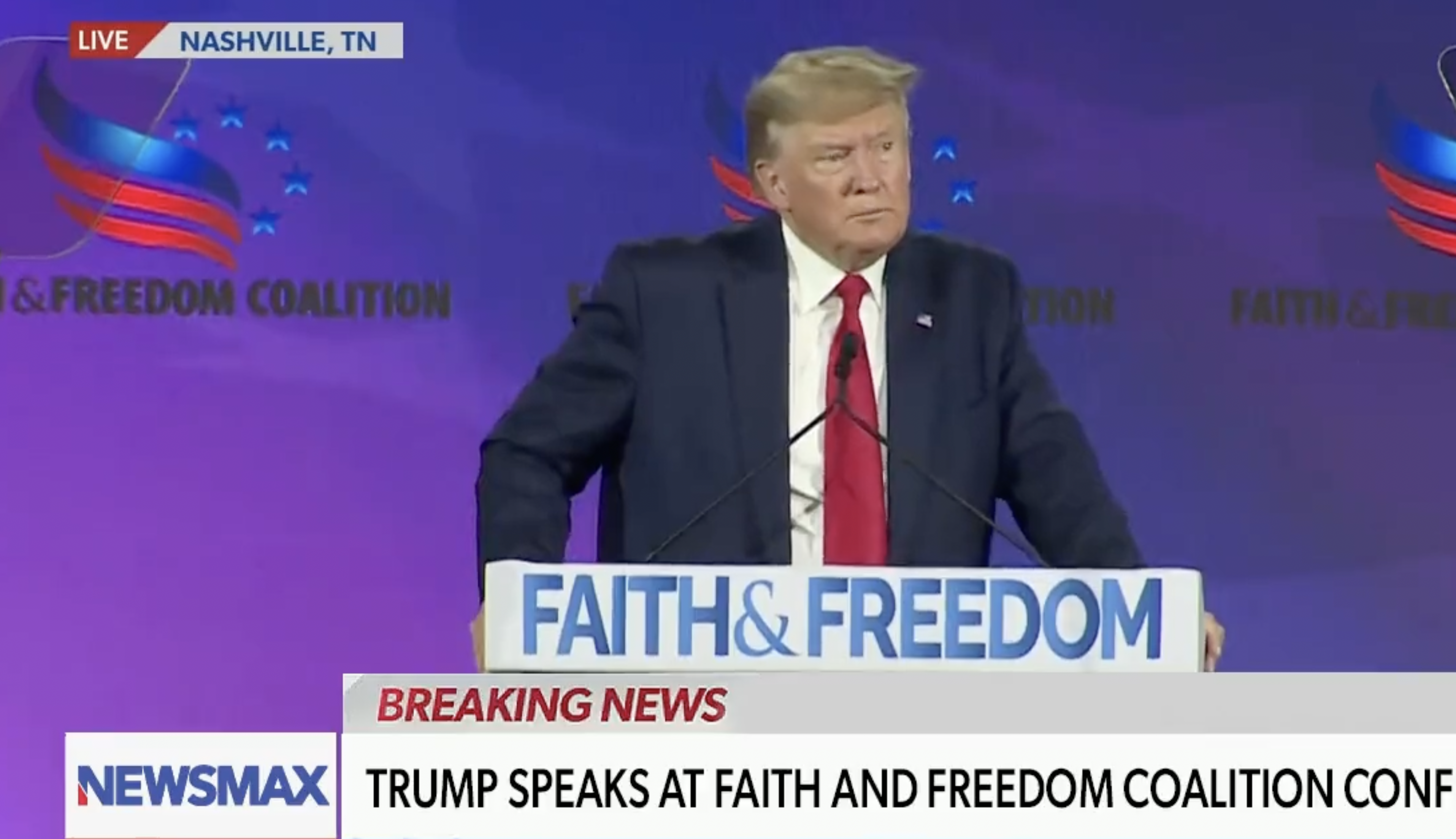 Mango Mussolini found a microphone and a television camera and confessed to multiple crimes at this weekend’s “Faith and Freedom Coalition” convention.

Here’s a round up:

I'm so glad he doesn't know that he has the right to remain silent and that anything he says can and will be used against him in a court of law https://t.co/LFbE6yKi45

In addition to the pushing the big lie, defending his coup attempt, and denigrating the January 6 committee, Trump devoted a large portion of his speech at the Faith & Freedom Coalition to slagging Mike Pence for not helping him overturn the election pic.twitter.com/5TfuzRyuNt