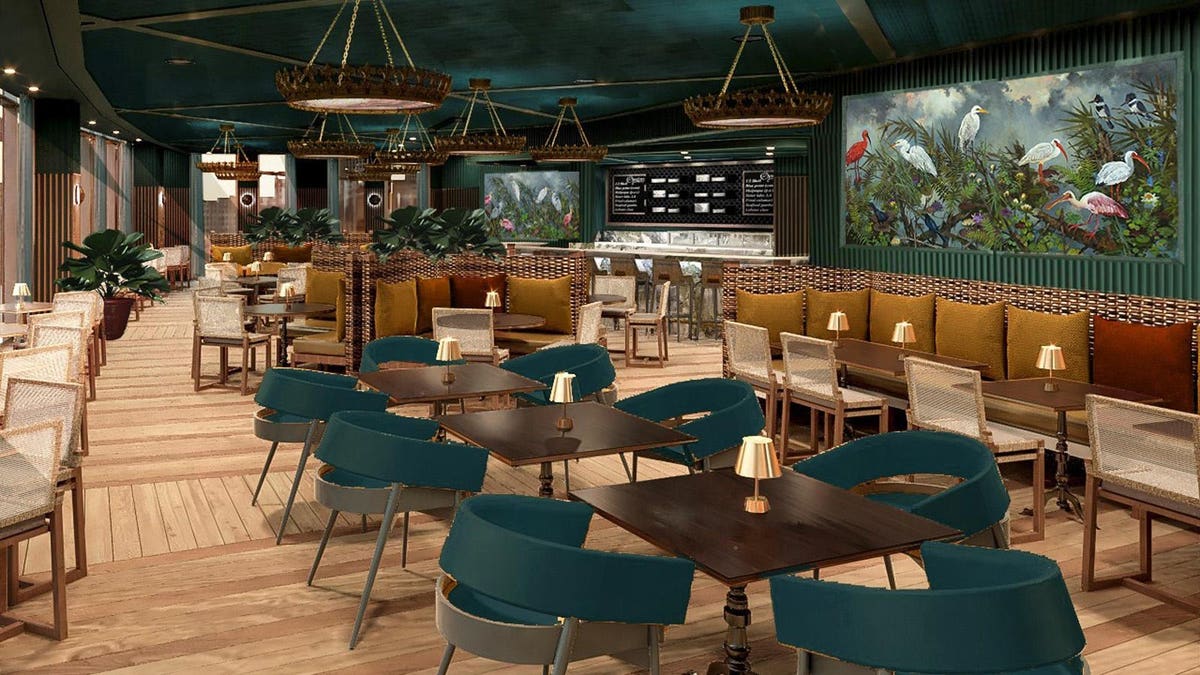 One of The Big Easy’s most prolific chefs, Link has peppered the streets of the Warehouse District of New Orleans with a collection of award-winning restaurants over the past two decades, including Herbsaint (which earned Link a James Beard award in 2007 for Best Chef South), Cochon, Cochon Butcher, Pêche Seafood Grill, La Boulangerie, and Gianna.

Over breakfast during a recent visit to New York City, Link explained that he’d never imagined he would open a hotel restaurant, but was persuaded after meeting the Four Seasons New Orleans team and seeing the sprawling, singular space with its dazzling river views. (He also noted that his friend Jimmy Buffett helped him come up with the restaurant’s lyrical name.)

“This restaurant is very personal to me, and I’m proud to be able to incorporate so many elements and inspirations from my life and travels here in partnership with Four Seasons,” said Link in a press release. “It was very important to me to honor the sense of place, and this restaurant and menu pay respect to that. This rich and sultry space reflects its name, ‘pathway to the sea,’ as the Mississippi River plays such a vital role in the fabric of New Orleans, from its commerce at the port to fishing and hunting along its basin to irrigation for crop production to serving as the greatest backdrop for a celebration of food.”

Expansive floor-to-ceiling windows frame spectacular views of the crescent bend for which the city is known, while the dining room’s inventive mix of rich colors and accents connect it visually to the river. Show-stopping artwork by artist John Alexander takes center stage; his and Link’s shared Southern roots were a touchstone for the commission of three new paintings and four unique hand-worked prints created for the restaurant. Outdoor seating on the deck offers one of the most spectacular dining experiences in the city, overlooking the mighty Mississippi.

Chemin à la Mer is open daily for breakfast, lunch, and dinner. Reservations are available on OpenTable, by phone at 504-434-4100, and by email at cheminalamer.neworleans@fourseasons.com.