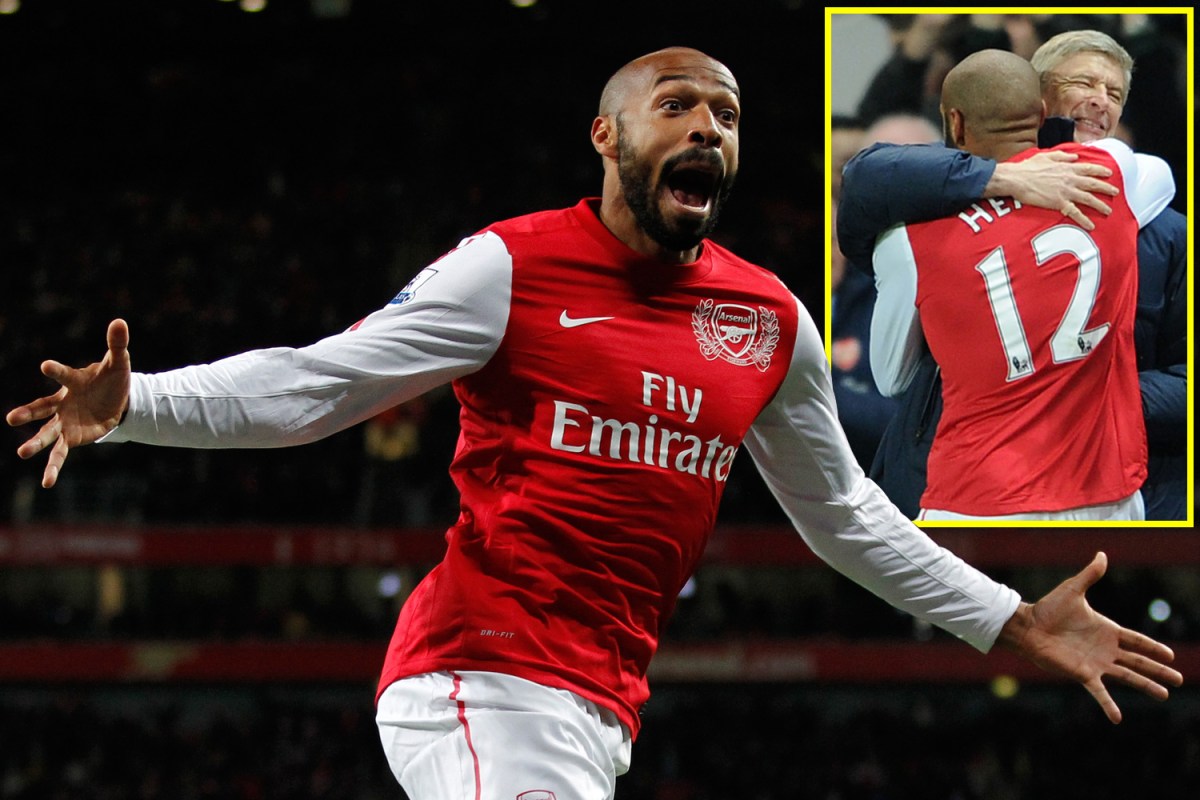 When the Africa Cup of Nations rolls around it can be a time of dread for some Premier League teams.

But a decade ago, the stars aligned for Thierry Henry to return to Arsenal on loan to help the club out in their moment in need.

Some of the best players on the planet will be heading to Cameroon in January for the delayed tournament.

Teams like Liverpool will lose both Mohamed Salah and Sadio Mane, while Chelsea will be without their dependable goalkeeper Edouard Mendy.

It can be a make or break time for clubs as they delve into the depths of their squads to cope for what could be as long as two months without their stars.

Ten years ago, Arsenal needed help when Gervinho and Marouane Chamakh were both called up for AFCON.

This left manager Arsene Wenger needing help up front and he turned to a club legend to step in.

The striker became a club legend during his first spell in north London, scoring an incredible 226 goals in 370 games.

There was even a statue of Henry outside the Emirates when he returned.

“I am sure during these two months he will be a massive asset to the team in the dressing room and on the pitch,” said Wenger.

And that impact was immediate as his second debut for the club saw him score against Leeds in the FA Cup.

It was written in the stars, of course, as 12 seemed to be the magic number for the striker.

It was in 2012 that he returned to Arsenal, and he picked up the No.12 shirt – as his trademark No.14 was already taken.

Henry was playing in his 12th match against Leeds, and it was his 12th goal against the club.

Alex Song played a defence splitting pass to the striker, and he made a trademark side foot finish to find the back of the net.

And Henry’s wild celebrations said it all, and he later said it was his favourite ever goal for the club.

“One of my last acts in the FA Cup was special too: my strike against Leeds when I came back to London in 2012 was my favourite goal for Arsenal,” Henry said in an interview with The Sun.

“That one was personal. It won’t go down in FA Cup history but it was the first time I scored as a fan.

“It wasn’t about technique or about the score, it was what it meant to me.

“Usually when I scored I didn’t show much uncontrolled emotion. I was accused of being cold. Sometimes that was because I was annoyed because I’d missed a chance or because we were losing.

“But that day, we could have been 10-0 down and I would have still celebrated like that! I was a lunatic!

“I had scored as a fan! Everyone dreams of that.

“I played in some big games for Arsenal,” he added in an interview with the club. “Big games for Barcelona, France, Monaco, Juventus, whatever.

“But I cannot compare it to that night. Nothing will ever top that night for me. It was out of this world.”