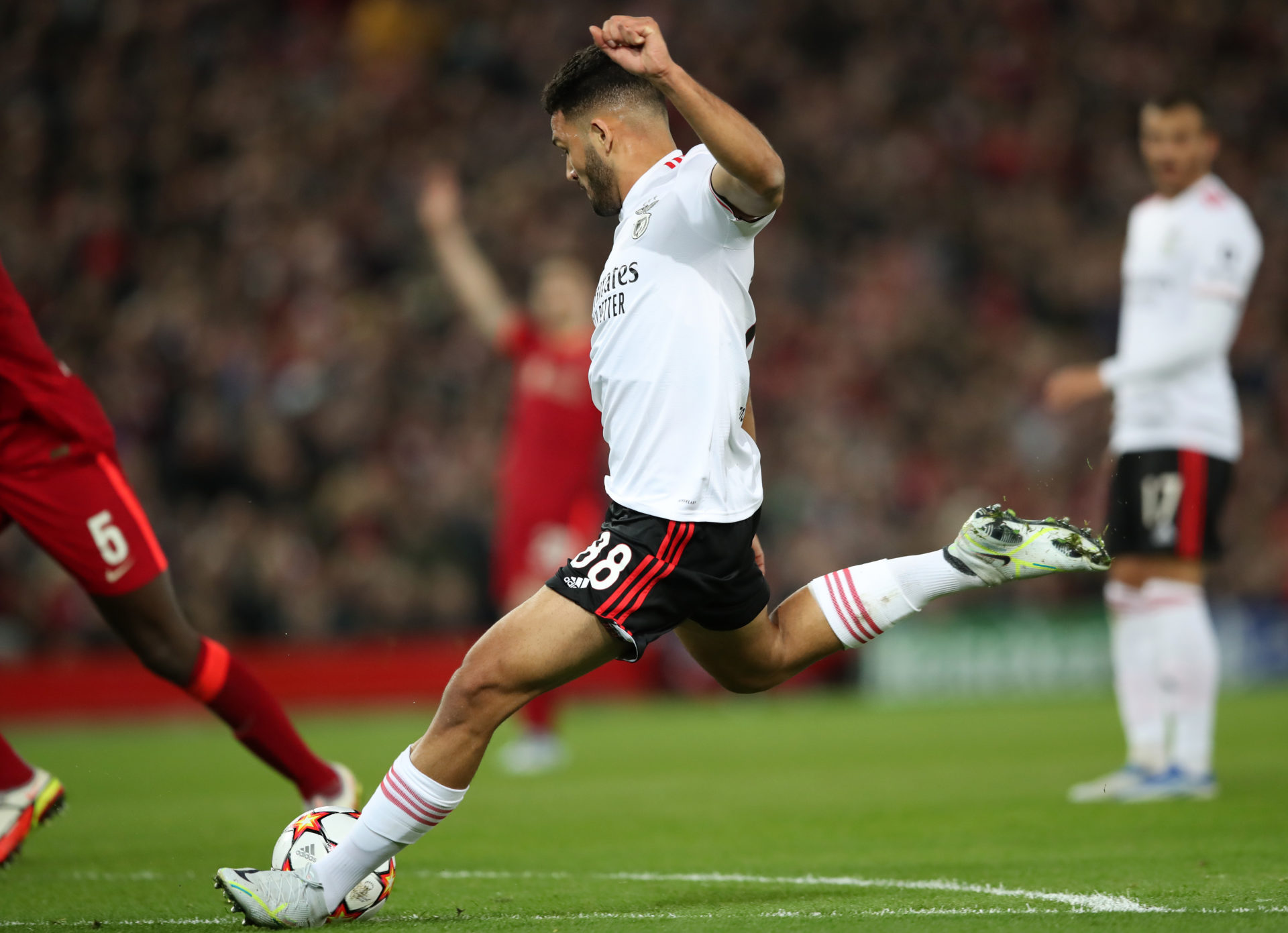 There’s certainly a touch of the Thomas Muller’s about Benfica’s Portugal U21 international.

And, during Benfica’s Champions League quarter-final clash with Liverpool last season, Ramos showed exactly why he’s been compared with one of the most influential forwards of the 21st century. A centre-forward by trade, Ramos is at his most effective drifting between the lines, finding pockets of space, receiving and releasing the ball before opposition defenders can even dream about stopping him.

Just look at the way Ramos found the net during that last-eight tie at Anfield in April. Picking up possession just outside the penalty area, he turned and rattled a fearsome shot into the back of the net before Liverpool’s defence could even flinch.

“I think I have some similarities with him (Muller) and he is also an example for me,” Ramos tells the UEFA website.

“Considering what I do and what he does, I like to be compared to him.

“I like to be involved and participate in the game. And I think that brings out the best in me; My competitiveness, my willingness to work hard to help my team-mates, and also my intelligence.”

According to Record, Ramos has admirers at the likes of Nottingham Forest and Newcastle, as well as Borussia Dortmund. There is even a chance that Ramos could end up sharing a dressing room with his World Cup-winning idol at Bayern Munich’s Allianz Arena.

Now, what do want first? The good news, or the bad news?

The good? Well, Benfica are willing to cash in on Ramos this summer, despite having already sold Darwin Nunez to Liverpool? The bad? Well, anyone hoping to secure Ramos’ services must part with £30 million.

Now, such a fee is unlikely to pose a problem to a Newcastle side bankrolled by Saudi Arabian billionaires. Newly-promoted Nottingham Forest, however, seem unlikely to shatter their transfer record on a single player, especially with so many other areas of Steve Cooper’s squad in need of reinforcement.

Forest, remember, will need a new right-back, a new central midfielder, a new number nine, a new left-back and a number ten, assuming none of last season’s loan stars return.

Taiwo Awoniyi will reportedly become Forest’s first signing of the summer – and new record arrival – to the tune of £17 million (Telegraph).