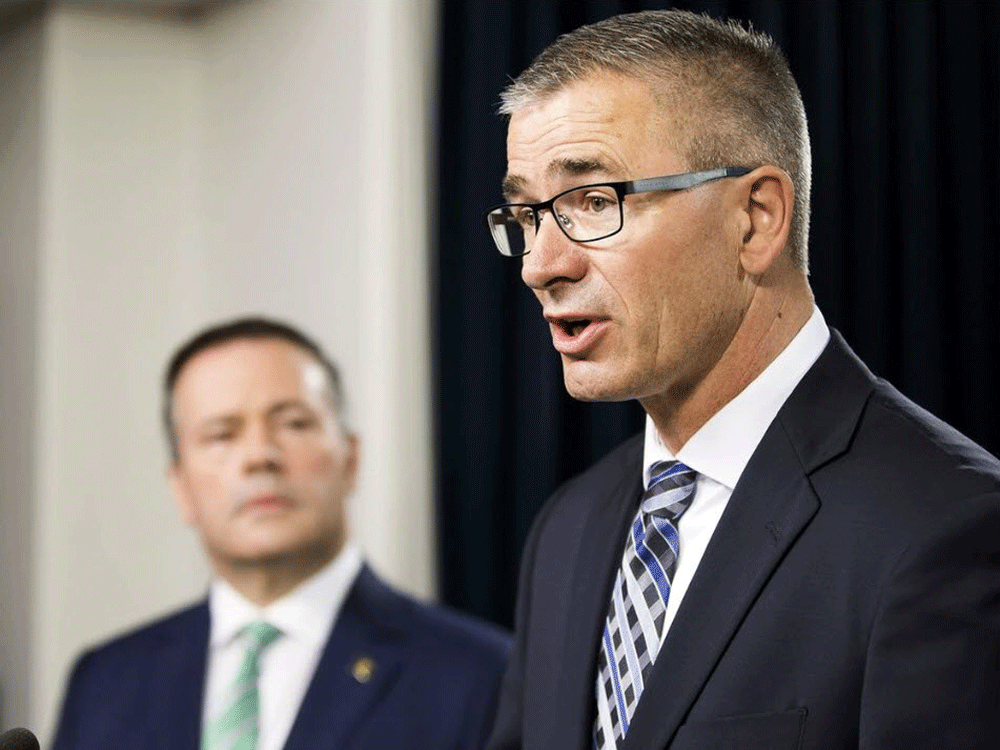 Alberta’s finance minister has vowed to remove a backdoor tax hike that was costing Albertans millions on their annual income tax bills — if the government’s promising economic projections become reality.

Travis Toews made the comments at a Tuesday meeting with the members of the National Post’s editorial board.

Back in 2019, the Alberta government de-indexed income taxes, given the collapse in oil prices that had spun the province into a recession. At the time, it argued that indexing — which meant that tax brackets moved upwards with inflation — amounted to “unaffordable” tax expenditures for the government.

By de-indexing tax brackets — a measure the province said would last until the economic situation improved — the brackets would remain the same each year, meaning that as wages rose, the government would collect more in income tax.

This, along with similarly de-indexed tax credits, was expected to earn the government some $600 million by 2022-23, although given rates of inflation, that figure has probably now grown even larger as wages tend to increase alongside inflation, and therefore so does tax revenue.

Toews said the plan was to pause indexation until the province had reached a “much more stable fiscal scenario,” and that if the 2022 government’s budgetary projections “turn from projections to reality …  we will be evaluating our approach to indexation of our personal tax system for 2023.”

“I really believe it behooves us to reconsider our indexation approach for 2023,” said Toews. (Albertans go to the polls in Spring 2023.)

De-indexing tax brackets received condemnation from both sides of the political spectrum, from the fiscally conservative Canadian Taxpayers Federation to the Alberta New Democrats. (Both noted that, as a federal member of Parliament, Jason Kenney, now the Alberta premier, condemned bracket creep as “pernicious.”)

Toews, who tabled Alberta’s 2022 budget in late February, has been dealing with an unexpected windfall.

The 2020-21 fiscal year ended with Alberta some $17 billion in the red; but now, even on cautious estimates on where oil prices will end up, the United Conservatives are expecting a small surplus of $500 million.

Even so, the government maintains a debt of just shy of $95 billion, and so the question is where surplus money is going to go.

One option is a reinvigoration of the Heritage Savings Trust Fund, an account, established in 1976, that invests money to make money for the government. At the end of 2021, the fund had $18.9 billion in it.

“If we head into a period of sustained high energy prices … the focus will be on debt retirement, debt reduction, and additional investment in the Heritage Savings Trust Fund,” Toews said. “There would be decision between, again, accelerated reduction of our debt and an additional investment.”

The government had committed in Budget 2022 to just that, though it received little attention, and, University of Calgary economist Trevor Tombe said, there’s little information about how much money might go to to either debt or the Heritage Savings Trust Fund.

“We really won’t know until the fiscal dust settles in a year,” Tombe said.

The major swing in Alberta’s finances, while beneficial, has also cast attention again on the “revenue rollercoaster” that Alberta budget-makers ride each year. It has frequently led to calls for a provincial sales tax to try and smooth out the ups and downs in energy royalties, to little enthusiasm from lawmakers.

Yet, Toews said, the province will study revenues in the months ahead, even as he argued the United Conservative has broadened the province’s fiscal and economic base, which helps solidify the revenue base.

“I do believe it’s very important to consider the revenue structure … it wasn’t, I believe, an opportune time, in the middle of the pandemic. But as we’re emerging from the pandemic, the time is soon, we will be appointing that panel,” Toews said.

He also argued that Canada, not just Alberta, needs to give far more attention to how competitive a business environment the country offers. (The United Conservatives note they’ve slashed corporate taxes and reduced the regulatory and red-tape burden for business.)

The growth in the country’s GDP in the past two years, Toews argued, is because of increases in government spending, increases in residential real estate spending and consumer spending, and not major investments from business, owing to unfavourable regulatory and tax policies.

“That’s concerning, I believe, for the prosperity of future generations,” Toews said.