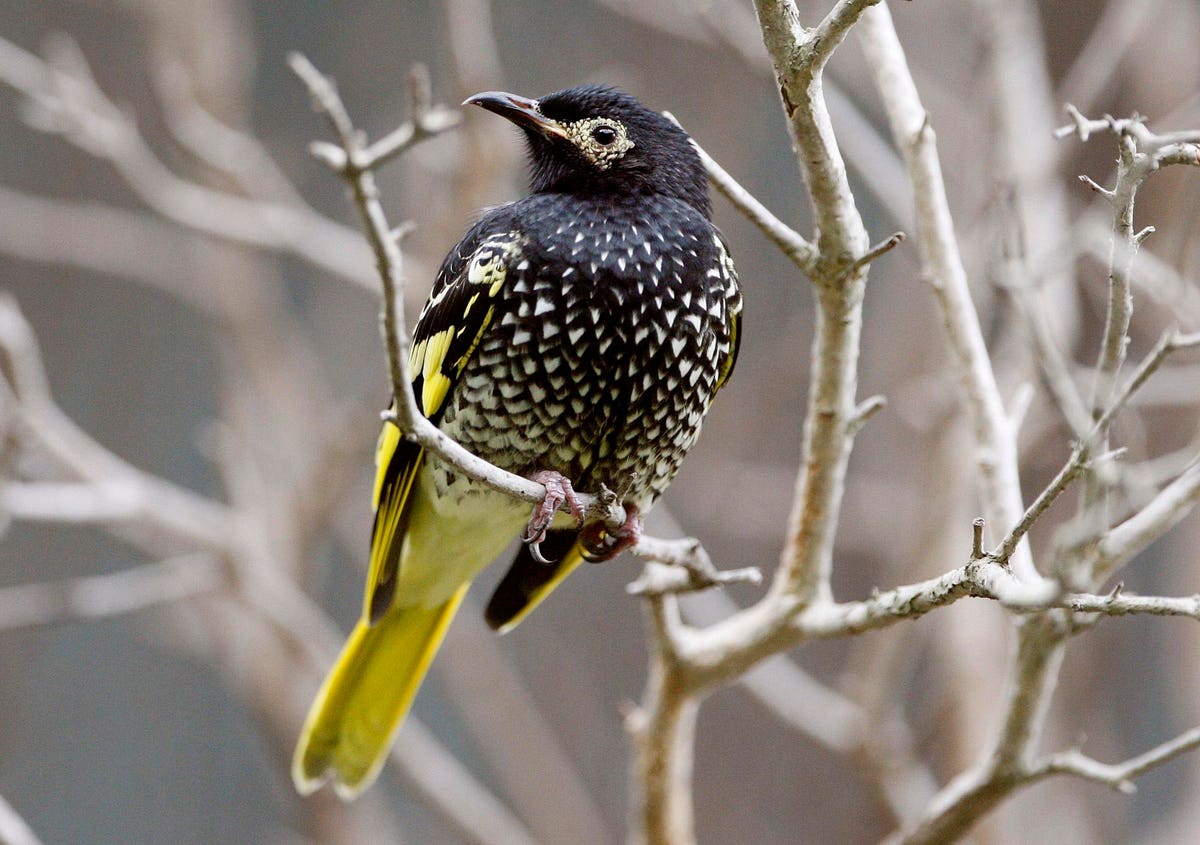 “Songs of Disappearance” debuted at number five on Australia’s ARIA music charts — ahead of Christmas favorites by ABBA, Mariah Carey and Michael Bublé

Now that the covid omicron lockdown has thrown a wrench into most people’s holiday plans — and even into their holiday shopping plans — I thought I’d share something that I think many people will enjoy: an album filled with recordings of Australian birdsongs.

Songs of Disappearance is different from other holiday music albums. It consists solely of recorded birdsongs and calls — no singing people, barking dogs, blaring sirens and especially no annoying Christmas music! Instead, this album features audio recordings of the vast variety of distinctive sounds made by 53 of Australia’s rarest bird species that are on the brink of extinction. Here’s the title track for you to enjoy:

The title track was arranged by Australian violinist Simone Slattery, who is a co-founder of the musical duo, the Bowerbird Collective. This track, which sounds somewhat like an avian dawn chorus, is comprised of isolated recordings of all 53 bird species featured on the album, such as the forty-spotted pardalote, which is one of Australia’s rarest birds, and the critically endangered regent honeyeater.

The title sound track highlights what will be lost if people, politicians and corporations don’t take immediate action to save Australia’s iconic birds.

“Be immersed in a chorus of iconic cockatoos, the buzzing of bowerbirds, a bizarre symphony of seabirds, and the haunting call of one of the last remaining night parrots”, the album description says.

“This album is a very special record with some rare recordings of birds that may not survive if we don’t come together to protect them”, writes Paul Sullivan, CEO of BirdLife Australia, a Non-Profit & Charitable Organization that was founded in 1922 to conserve Australia’s unique birds. All proceeds from this album’s sales will be donated to Birdlife Australia to support their conservation work. So far, more than 3,000 units have been sold, around half of them in presale.

The impetus for this album was a recently published study out of Charles Darwin University (CDU) that found that one in six Australian birds (216 of 1,299 species) are now threatened with extinction. This 2020 study, Action Plan for Australian Birds, found that climate change is pushing most of Australia’s birds towards extinction, a situation made more dire by the 2019 and 2020 bushfires that devastated desperately needed trees and habitat. Based on this and other studies, BirdLife Australia estimates that the number of threatened bird species recently increased by as much as 25%.

This album is the result of a conversation between Anthony Albrecht, co-founder of The Bowerbird Collective, and his PhD supervisor, Stephen Garnett, a professor of conservation at CDU. Professor Garnett is the author of the recently updated Action Plan for Australian Birds.

“He asked whether the Bowerbird Collective could do anything to help promote [the Action Plan], and it was immediately obvious to me what we needed to do”, Mr Albrecht explained to The Guardian.

“I’m really keen to understand whether environmental art such as this project can have an impact on [public] attitudes and behavior”, Mr Albrecht told ABC News. “I think it’s incredibly important to tell stories about nature in a way that is going to get people really emotionally involved.”

The sound recordings are courtesy of nature recordist and wildlife sound expert, David Stewart. He spent 36 years traveling across the remote regions of the continent to capture these high quality sound recordings — the most extensive collection of natural bird, frog and mammals sounds made in Australia. Some of these recordings took weeks of research to find the best places to record extremely rare species, followed by days of hiking and hours of waiting, hidden in the remotest parts of Australia, overrun with venomous spiders, snakes and other dangerous beasties.

Joining David Stewart, Birdlife Australia, Charles Darwin University and the Bowerbird Collective in this collaboration was Mervyn Street, one of the Gooniyandi people, who is an author, illustrator, carver, and artist, and a former chairman of Mangkaja Arts. This core group of academics, musicians and conservationists hoped this project would increase the public’s awareness of Australia’s unique and threatened birds.

This unusual album made news last week when it debuted at number 5 on the Australian Recording Industry Association (ARIA) charts — the first time an album of birdsongs has ever appeared in the Top Ten. This week, it has moved up to number 4.

“We did it!” BirdLife Australia rejoiced on its website. “Thanks to your incredible support we reached #5 in the ARIA charts, ahead of ABBA, Mariah Carey and Michael Bublé.”

Mr Albrecht said he was pleased Songs of Disappearance resonated with so many Australians.

“In some ways, it’s not surprising, because I believe Australians generally are so much more attuned now to the environmental crisis that we’re all facing — and that the unique and incredible species that also call Australia home are facing.”

But, my friends, you don’t have to be in Australia to purchase this album: thanks to the magic of the internet, people living outside of Australia (like me!) can also purchase this album online for immediate download. (Purchase and download here!) Everyone can be part of this unusual event and can enjoy hearing the remarkable sounds of these amazing birds. As an added bonus, we all can also help conserve endangered Australian birds! What’s not to like?

NOTE: Although I have heard this entire album, piecemeal, I don’t get anything for sharing news of this inspiring project with you and telling you how to purchase your very own copy of this recording. But thanks to your readership, I am earning countless smug points.