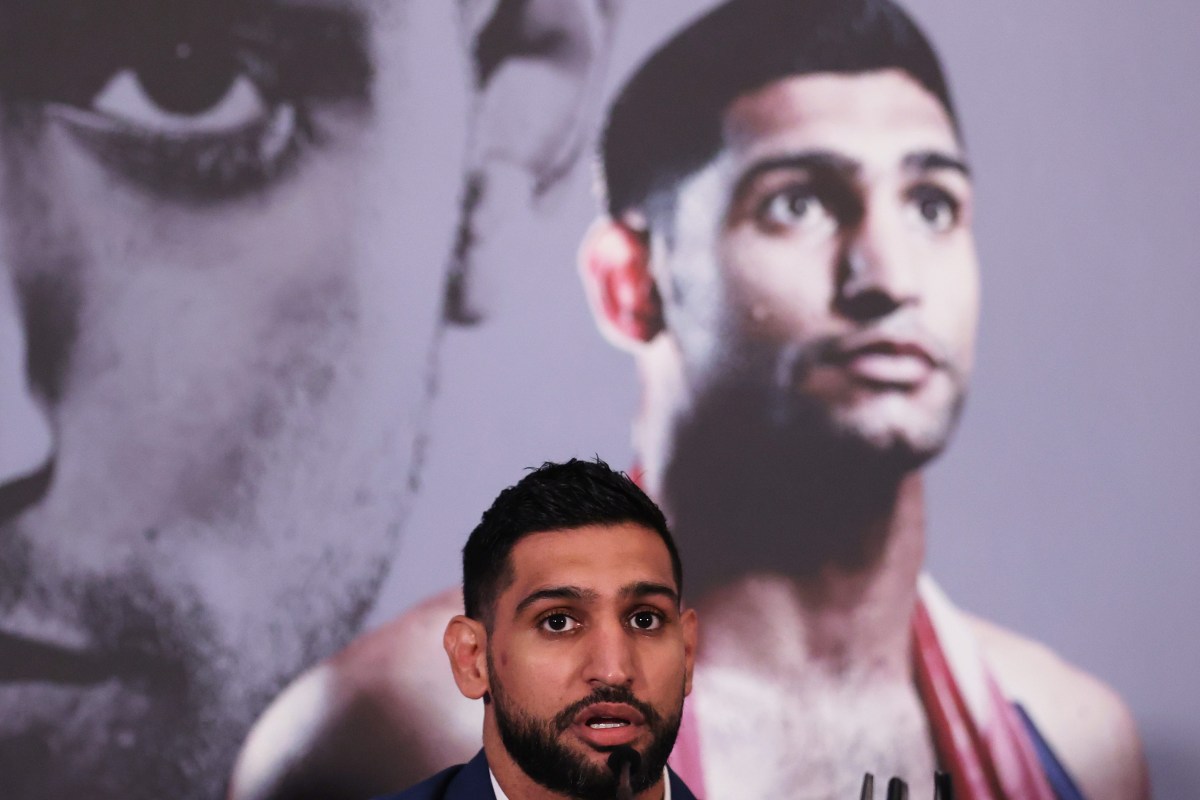 Amir Khan has vowed to prove to Kell Brook why he believes he is ‘levels above’ his British rival.

On Monday morning, it was confirmed that a decade of trash talking would come to a definitive conclusion in Manchester on February 19.

Times have been tough for both men in recent years, with the 2004 Olympian fighting just five times in as many years and suffering stoppage defeats to pound-for-pound kings Saul ‘Canelo’ Alvarez and Terrence Crawford.

Brook has also endured tough times in the ring, losing also to Crawford and coming unstuck against both Gennady Golovkin and Errol Spence Jr.

Yet Khan, 34, insists now is the right time for the fight to take place and insisted there is no legitimate reason for it not happening as of yet.

“It’s not that I didn’t want or I was scared of him or anything,” Khan told talkSPORT. “The fight just didn’t materialise.

“But that is the reason the fight didn’t happen; that doesn’t mean we were scared of each other.

“It was just that it never materialised, that is all.”

Despite not having fought since a bizarre fight against Australian Billy Dib in 2019, Khan is predicting a lethal showing in Manchester.

“Amir Khan wins a clinical fight,” he added. “He’s going to be smart, I’m just going to do a right job on him.

“I’m going to box him and show why I am the best.”