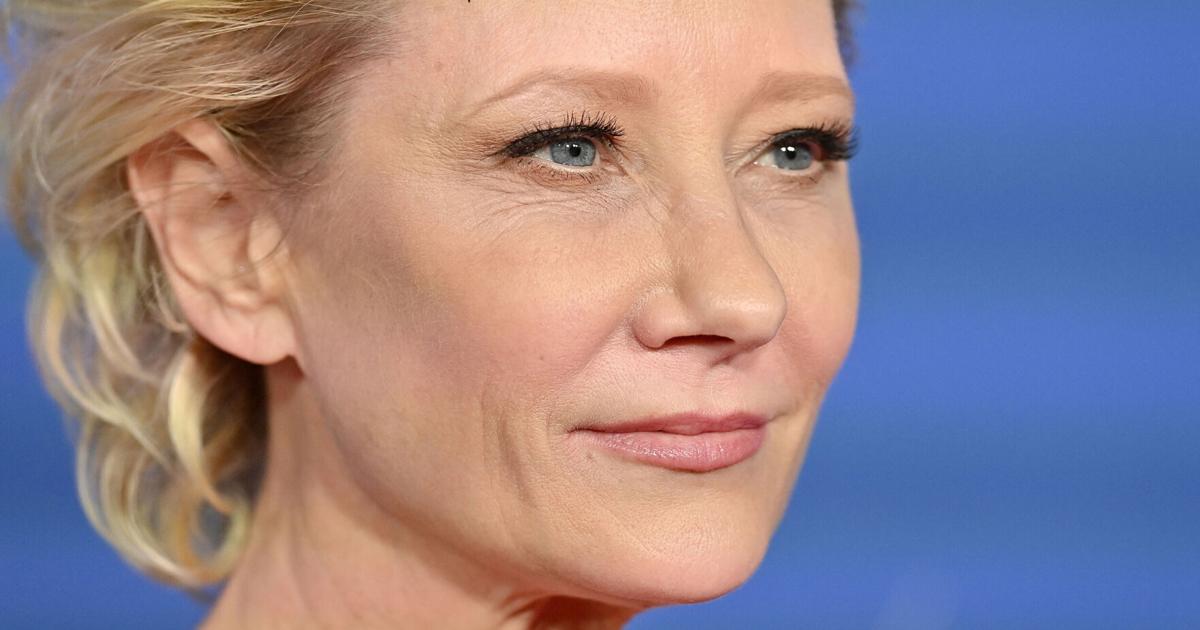 Here’s a look at trending topics for today, Aug. 9:

Anne Heche has remained in critical condition since crashing her vehicle into a Los Angeles residence on Friday, according to a new representative for the actress.

“Over the weekend a representative stated that Anne was in stable condition but that information was inaccurate. She has always remained in critical condition, slipping into a coma following the accident,” a spokesperson for Heche told CNN in a statement Monday. “She has a significant pulmonary injury requiring mechanical ventilation and burns that require surgical intervention. She is currently being treated at the Grossman Burn Center.”

Earlier Monday, CNN reported that Heche is under investigation for misdemeanor DUI and hit and run, according to LAPD Officer Annie Hernandez.

Issey Miyake, who built one of Japan’s biggest fashion brands and was known for his boldly sculpted pleated pieces as well as former Apple CEO Steve Jobs’ black turtlenecks, has died. He was 84.

Miyake defined an era in Japan’s modern history, reaching stardom in the 1970s among a generation of designers and artists who reached global fame by defining a Japanese vision that was unique from the West.

Find out more about his life and fashions here:

Chicago Bears general manager Ryan Poles plans to continue to work for a contract extension with linebacker Roquan Smith instead of his request to be traded.

Smith, who is under contract through the 2022 season, is staging a “hold-in” and attending practices without actually practicing until he gets an extension, but Tuesday he made public an official request for a trade.

“Right now my intentions are to sign Roquan to this team,” Poles said after the Bears held a Tuesday practice at Soldier Field. “And we’re going to take it day by day.”

Get more of of today’s trending topics here:

The FBI has searched former President Donald Trump’s Mar-a-Lago estate as part of an investigation into whether he took classified records from the White House to his Florida residence. That’s according to people familiar with the matter who spoke on condition of anonymity to discuss an ongoing investigation. Trump says agents opened up a safe at his home and describes their work as an “unannounced raid” that he likened to “prosecutorial misconduct.” The FBI and Justice Department have not confirmed the search. It marks a dramatic and unprecedented escalation of law enforcement scrutiny of the former president.

Olivia Newton-John, the superstar singer who was everyone’s favorite Sandy in “Grease,” has died. She was 73 and her husband said she died Monday at her California ranch. Newton-John reigned on pop, country, adult contemporary and dance charts with record sales that topped 100 million. Her fast-stepping duet with John Travolta “You’re the One That I Want” and the bouncy, R-rated smash “Physical” were some of the era’s biggest songs. She had 14 top 10 singles just in the U.S. and won four Grammys. Her husband said she was a symbol of hope after sharing her journey with breast cancer.

Hollywood icons joined fans worldwide to mourn the loss of Olivia Newton-John, the Australian singer and “Grease” star, who died Monday at her ranch in Southern California at age 73.

President Joe Biden’s legislative victories have aimed to position the U.S. to “win the economic competition of the 21st century,” but his investments to boost the nation’s technology, infrastructure and climate resilience over the next decade are set against a 90-odd-day clock until the midterms. From turbocharging the U.S. computer chip sector to shifting the nation to a greener economy, the achievements from Biden will take years to come to fruition. Yet Democrats are gambling that the rapid clip of recent accomplishments will persuade a downcast electorate to vote in their party’s favor. Democratic Sen. Brian Schatz of Hawaii says, “It’s a vibe, and the vibe is winning.”

Businessman Tim Michels has won Wisconsin’s Republican nomination to take on Democratic Gov. Tony Evers. Tuesday’s primary sets up a high-stakes contest that could reshape how elections are conducted in the marquee battleground. Michels was endorsed by former President Donald Trump. He defeated former Wisconsin Lt. Gov. Rebecca Kleefisch, who had support from former Vice President Mike Pence. Michels promised to stand up for people who “have been left behind by the Democratic Party,” while Evers’ campaign called him “the most extreme and divisive nominee possible.” Earlier Tuesday, Wisconsin Lt. Gov. Mandela Barnes won the Democratic U.S. Senate primary and will face Sen. Ron Johnson.

President Joe Biden and first lady Jill Biden are witnessing first hand the damage from deadly and devastating storms that have resulted in the worst flooding in Kentucky’s history. Biden and the first lady are meeting with families and first responders in Kentucky, where at least 37 people have died after last month’s deluge. Flooding remains a threat with more thunderstorms in the forecast this week. Kentucky Gov. Andy Beshear and his wife, Britainy, joined Biden, who has increased federal assistance to the state to help its recovery. The White House says the floods and extreme weather around the country are reminders of the intensifying effects of climate change.

Kenya is seeing lower voter turnout in an unusual presidential election as some voters cite little hope of change. A longtime opposition leader who is backed by the outgoing president faces the deputy president who styles himself as the outsider. The electoral commission says turnout was 56% an hour before polls closed. Turnout in the previous election was 80%. The election has been close but calm. East Africa’s economic hub could see a presidential runoff for the first time. Economic issues could be of greater importance than the ethnic tensions that have marked past votes. Results must be announced within a week.

Taiwan has warned that Chinese military drills aren’t just a rehearsal for an invasion of the self-governing island but also reflect ambitions to control large swaths of the western Pacific. The warning came as Taipei conducted its own exercises Tuesday to underscore it’s ready to defend itself. Angered by U.S. House Speaker Nancy Pelosi’s recent visit to Taiwan, China has sent military ships and planes across the midline that separates the two sides in the Taiwan Strait. It has also launched missiles into waters surrounding the island. The drills began Thursday. They have disrupted flights and shipping in one of the busiest zones for global trade.

The white father and son convicted of murder in Ahmaud Arbery’s fatal shooting after they chased the 25-year-old Black man through a Georgia neighborhood have been sentenced to life in prison for committing a federal hate crime. A U.S. District Court judge sentenced Travis McMichael and his father Greg McMichael on Monday in Brunswick. Both were previously sentenced to life without parole in a state court for Arbery’s murder. The McMichaels armed themselves with guns and used a pickup truck to chase Arbery after he ran past their home on Feb. 23, 2020. Neighbor William “Roddie” Bryan, who recorded cellphone video of the slaying, was sentenced to 35 years in prison.

Gabby Petito’s family has notified Utah officials that they plan to file a wrongful death lawsuit alleging police failed to recognize she was in a life-threatening situation last year when they investigated a fight between her and her boyfriend. The fight happened weeks before authorities say he killed her while the two were on a cross-country van trip. The notice of claim says police in the Utah tourist town of Moab missed signs Petito was the victim of domestic violence at the hands of Brian Laundrie in August 2021. Moab officials declined comment about the notice of claim, saying the city does not comment on pending litigation.

Issey Miyake, who built one of Japan’s biggest fashion brands and was known for his boldly sculpted pleated pieces as well as Apple CEO Steve Jobs’ black turtlenecks, has died. He was 84, and his design office said he died last Friday of liver cancer. Miyake defined an era in Japan’s modern history starting in the 1970s by defining a Japanese vision that was unique from the West. Miyake’s origami-like pleats transformed usually crass polyester into chic. He also used computer technology in weaving to create apparel. His clothing was meant to celebrate the human body, regardless of race, build, size or age.

Bert Fields, an A-list Hollywood attorney whose clients included Tom Cruise, Michael Jackson, George Lucas and the Beatles, has died at age 93. Fields’ law firm announced that he died Sunday at his home in Malibu, California. Fields’ famous cases include a $250 million settlement from the Walt Disney Company for former executive Jeffrey Katzenberg and a multi-million dollar judgment for Beatle George Harrison against his former business manager. Fields’ clients were often his close friends. Cruise called him “an extraordinary human being.” He was also a colorful character known for his luxury tastes and skills as a scholar and storyteller.