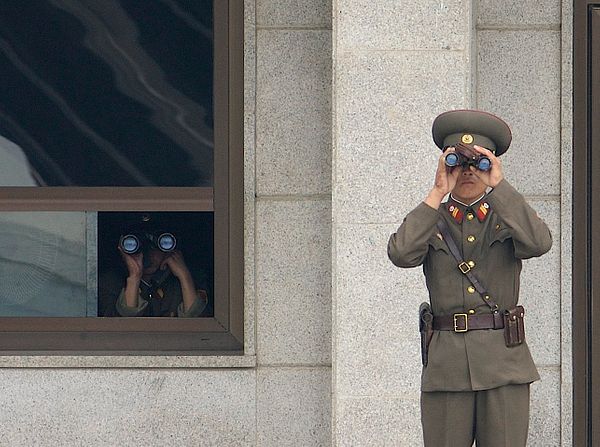 The fact that an individual can enter and exit the “most heavily fortified border in the world” without capture raises serious concerns.

On the Korean Peninsula, 2022 began with a reported North Korean defector-turned-South Korean citizen crossing the border into the North, stoking existing concerns over the security of the demilitarized zone (DMZ) separating the two Koreas.

Current media reports claim that a North Korean defector living in South Korea crossed the DMZ into North Korea on January 1, 2022. The individual reportedly defected to South Korea two years ago by crossing the DMZ and has seemingly taken the same route back to North Korea.

The fact that an individual can enter and exit the “most heavily fortified border in the world” without capture raises serious concerns regarding South Korea’s ability to adequately monitor its border with North Korea. The South’s Joint Chiefs of Staff attributed the 2020 border security failure to a “loose screw” that prevented the border sensors from working properly. In the same year, another North Korean defector returned to the North by swimming through a border drain and South Korean officials blamed the oversight on a lack of proper training of border patrol personnel. Inadequate technology and training along the South Korean side of the DMZ are two massive vulnerabilities that North Korean operatives can exploit for a range of covert operations including dispatching spies, kidnapping South Korean citizens, and in the most extreme scenario, invading South Korea.

Defection through the DMZ is a highly dangerous and uncommon path to South Korea for North Korean refugees due to the heavy presence of landmines and soldiers from both sides of the border. Instead, North Korean defectors typically traverse 3,000 miles through China – which presents its own dangers – to a friendly South Korean embassy in Southeast Asia prior to resettling in the South.

During the ongoing COVID-19 pandemic, the risks of defecting through the DMZ have significantly increased as North Korean soldiers reportedly operate under a strict “shoot-to-kill” order at the border. This was recently demonstrated in the North Korean killing of a South Korean public official found in the maritime boundary between the two countries in 2020. While the status of the individual who defected back to North Korea on January 1 remains unknown, Pyongyang has a track record of capturing and shooting those who venture too close to the northern border of the DMZ.

For all the many freedoms enjoyed in South Korea that are outlawed in North Korea, there are several reasons why a North Korean detector-turned-South Korean citizen may return to the North. The most publicly documented reason could be dissatisfaction with life in the South due to cultural differences, discrimination, loneliness, and depression. Although Seoul has established a generous resettlement program specifically for North Koreans, some defectors believe that these temporary services often fail to address the sustained trauma and depression amplified with social isolation and employment discrimination from South Korean society. North Korean defectors may also return under coercion from Pyongyang or threat of violence against family members still living in the North.

Lastly, the most dangerous scenario involves North Korean spies masquerading as defectors in South Korea, which has happened before. However, if truly a North Korean spy, the new year defector would have likely taken a more covert path to return home as opposed to crossing the DMZ, unless Pyongyang was aware of these existing security vulnerabilities along the South Korean border. Interestingly, four North Korean persons were reportedly waiting alongside the northern part of the DMZ during the time of his defection, which raises concerns over Pyongyang having prepared for his arrival. Seoul’s Ministry of National Defense denied the possibility that the defector was a North Korean spy, but gave no other reason as to why four North Korean persons were seemingly waiting for him at the other end of the DMZ.

Despite the developing nature of this event, one issue is very clear: the South Korean military needs to step up its game. Each possible scenario suggests a major intelligence and security failure on the part of the South Korean military. While Seoul should maintain its policy of accepting North Korean defectors into the country as South Korean citizens as stipulated in its constitution, it must allocate adequate funds, resources, and government attention to strengthen protection at the DMZ, regardless of any and all efforts to improve relations with Pyongyang. Better inspection and upkeep of border surveillance technology and training of personnel is the bare minimum to maintain peace and order at the DMZ.