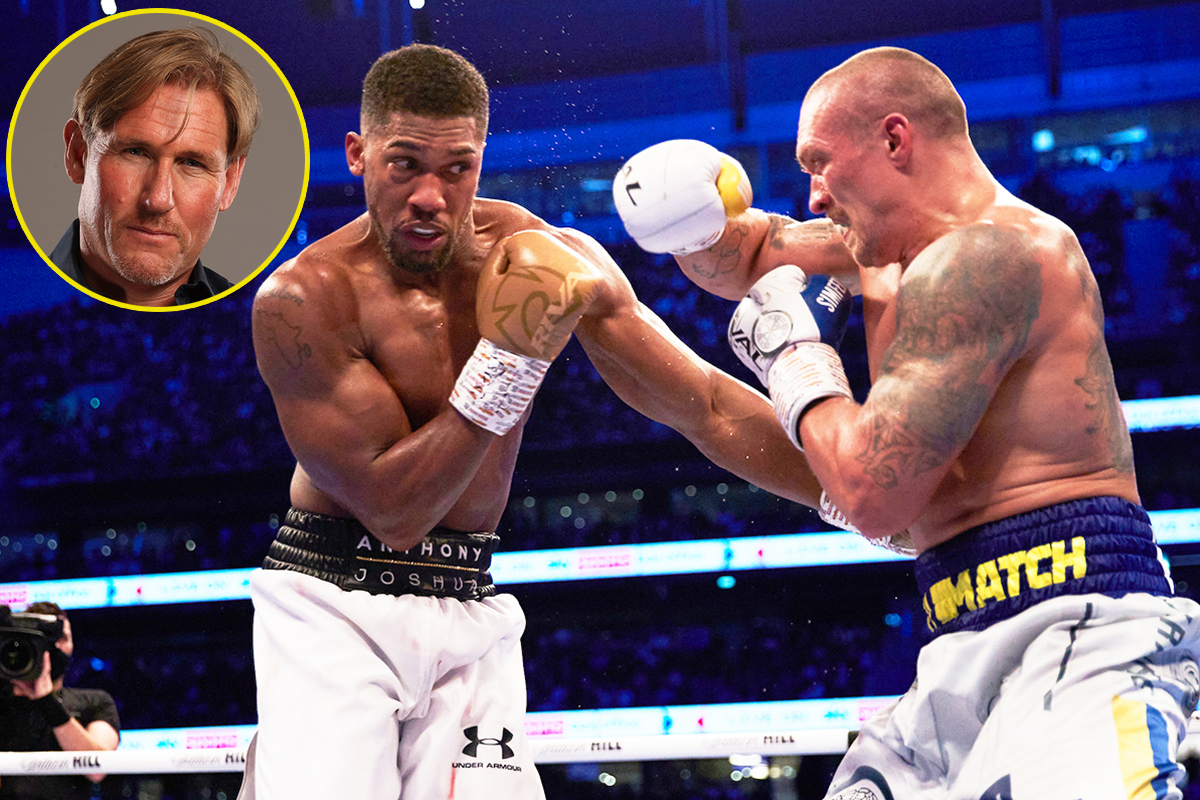 talkSPORT’s Simon Jordan believes that Anthony Joshua will have a ‘really good opportunity’ to win his upcoming rematch with Oleksandr Usyk if he can roll back the years with his approach.

AJ is set to meet the Ukrainian once again on August 20, live on talkSPORT, and the Brit will have to employ a drastic change of tactics from their first meeting in order to stand a chance.

Last September, Joshua attempted to outbox Usyk and so lost a unanimous decision to the master of the craft.

Discussing the rematch, Jordan said on White and Jordan on Thursday: “I think it probably represents the most fascinating fight that we’ve seen for some time.

“Because we need to see Anthony Joshua do something markedly different this time round.

“Otherwise we’re looking at the potential end of his mainstream career.

“This is a fascinating fight. The question is – can Anthony Joshua do something that most people think he can’t?”

“Whether that Anthony Joshua can exist again, whether the Anthony Joshua that got knocked down by Wladimir Klitschko – and I think has been slightly gun-shy since then – is ever gonna manifest himself again is the big question.

“If he does, then he has a really good opportunity to beat Usyk because the same dynamics apply.

“Everybody sat here and said this time last year, ‘Joshua will knock him out. He’s too big, he’s too strong.’

“And nobody legislated for the fact that Anthony Joshua would do the opposite of what anybody with any sense would do – try and box Usyk at his own game.

“I feel despite my protestations about Anthony being a flat-track bully, and despite the fact that I don’t think he is anywhere near the level of Tyson Fury, I’ve got a sneaking feeling there’s gonna be a big surprise in this fight.”