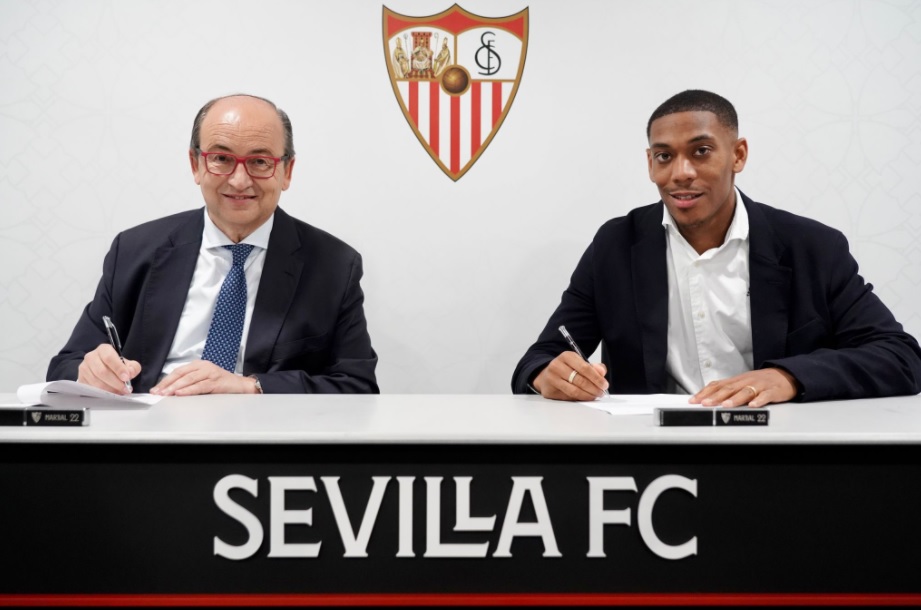 Anthony Martial has joined Sevilla on loan from Manchester United.

On Tuesday, the 26-year-old was pictured arriving in Seville, sporting a facemask with the club’s badge on, ahead of the move.

He will join the Spanish side until the end of the season having endured a frustrating time at Old Trafford where he scored 79 goals in 269 games since arriving in 2015.

He was left out of the squad in Man United’s draw at Aston Villa earlier in January with Rangnick claiming the forward refused to be part of the squad.

Martial disputed those claims on social media with the player and manager holding clear the air talks.

He returned to the squad and came off the bench to good effect on Saturday, playing a key role in Marcus Rashford’s last-gasp winner against West Ham at Old Trafford.

“I know that he is a top player – one of the best strikers in the Premier League – but we have other players in his position,” he said.

“It is his wish to leave but, like I said to him, it always takes different parts to find an agreement. The way that he trained and played when he came on [against West Ham], he showed his professionalism that I expect from everybody.”

Martial, who earns around £200,000-a-week at Old Trafford, told manager Ralf Rangnick he wants to leave the club in December in order to get more playing time elsewhere in December.

Sevilla are reportedly paying a loan fee of around £6million but there is no option or obligation to make the transfer permanent in the summer.

They have emerged as shock LaLiga title contenders under Julen Lopetegui and are in second, just four points behind leaders Real Madrid.

On completing the move, he posted on social media: “New chapter,” alongside a picture of him in his new kit.

His new fans will be eager to see how it is written in Spain where he will wear no.22 and could make his debut against Osasuna on 5 February.