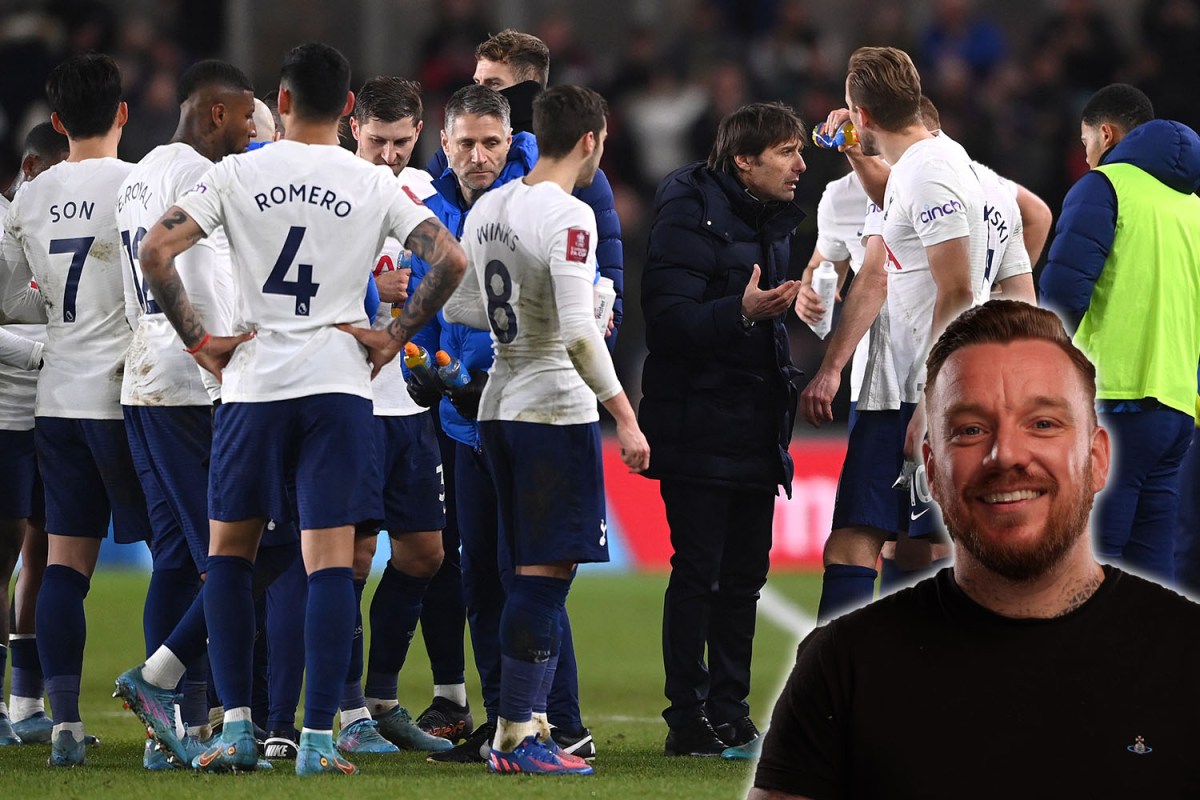 Antonio Conte has been told to get out of Tottenham now for the sake of his managerial reputation.

The Italian suffered yet another low as Spurs boss with the north Londoners suffering a shock defeat to Middlesbrough in the FA Cup.

And Spurs fan John issued a warning to Conte that he risks ruining his reputation beyond repair the longer he stays at the club.

“I’m done with this team, absolutely done,” John said on The Sports Bar.

“I think Conte should do himself a big, big favour and leave because he’s ruining his reputation being at our poisoned club.

“The players do not want it, that’s the problem.

“It’s the same set of players under four/five different managers now, bar a couple. What does that say?”

“It’s just so heavily ingrained in Spurs now. It’s not just Spurs fans having a rib, it is a thing. ‘Spursy’ is a thing,” Sports Bar host Jason Cundy added.


Dejan Kulusevski song: What are the lyrics to the hilarious ABBA-inspired chant

“Maybe you’re infected, maybe you can’t rid it, you’ve got it forever!”

The defeat also consigns Spurs to yet another year without a trophy – unless they do the most unexpected Premier League title charge.

Their last piece of silverware came in 2008 – talkSPORT’s Jamie O’Hara part of the squad that won the EFL Cup.

And O’Hara hilariously listed the many milestones he’s reached in his life since Spurs last won a trophy.

“I’ve been married, divorced, had four kids, retired from football, been on Celebrity Big Brother, got a new career, a new partner and I’m still sat here talking about Spurs NOT winning a trophy.

“Tell me how that is acceptable for a top six club.”