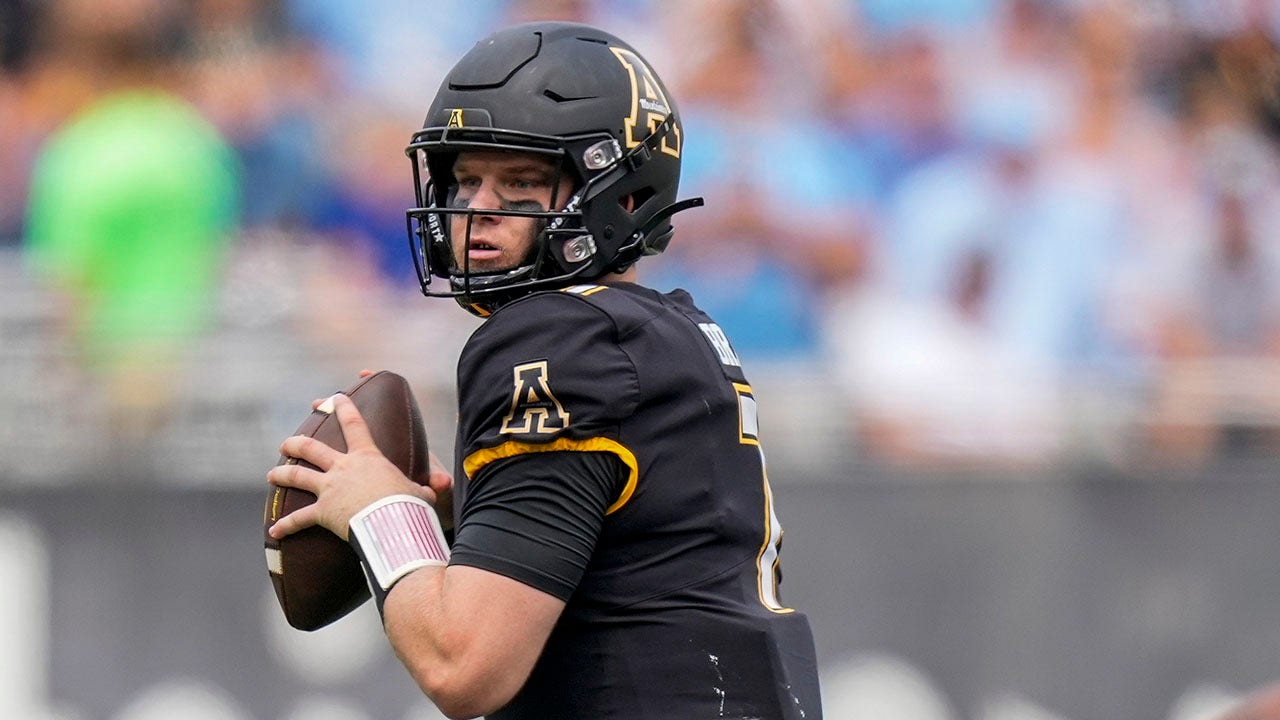 Appalachian State football has made some crazy headlines each week of the college football season.

In Week 1, they scored 40 points in the fourth quarter, but it wasn’t enough in their 63-61 loss to the UNC Tarheels.

Last week, they traveled to Texas A&M, who were ranked No. 6 in the country, and pulled off a stunning upset (giving Michigan fans some horrible flashbacks of 2007).

Naturally, they had to give last week’s win a challenge – and that they did.

Head coach Shawn Clark of the Appalachian State Mountaineers reacts to a pass interference call during the first half against the Texas A&amp;M Aggies at Kyle Field on September 10, 2022 in College Station, Texas.
(Carmen Mandato/Getty Image)

Down 28-26 with two seconds left, all Appalachian State had was a Hail Mary opportunity from their own 47-yard line.

Well, Chase Brice launched one down field that was deflected, but found the hands of Christian Horn. Horn evaded a pile and ran to the right pylon, crossing the goal line and giving the Mountaineers a 32-28 victory.

Troy had the ball up four points with 25 seconds left, but on 4th and 1 from their own 11, they elected to run the clock down and take a safety.

Troy’s free kick was from their own 20, and the Mountaineers returned it to their own 47.

ESPN’s “College GameDay” traveled to Boone, N.C. for the first time on Saturday, making it an historical day for Appalachian State. The ending certainly lived up to the pregame hype.

It just keeps getting crazier for the Mountaineers.