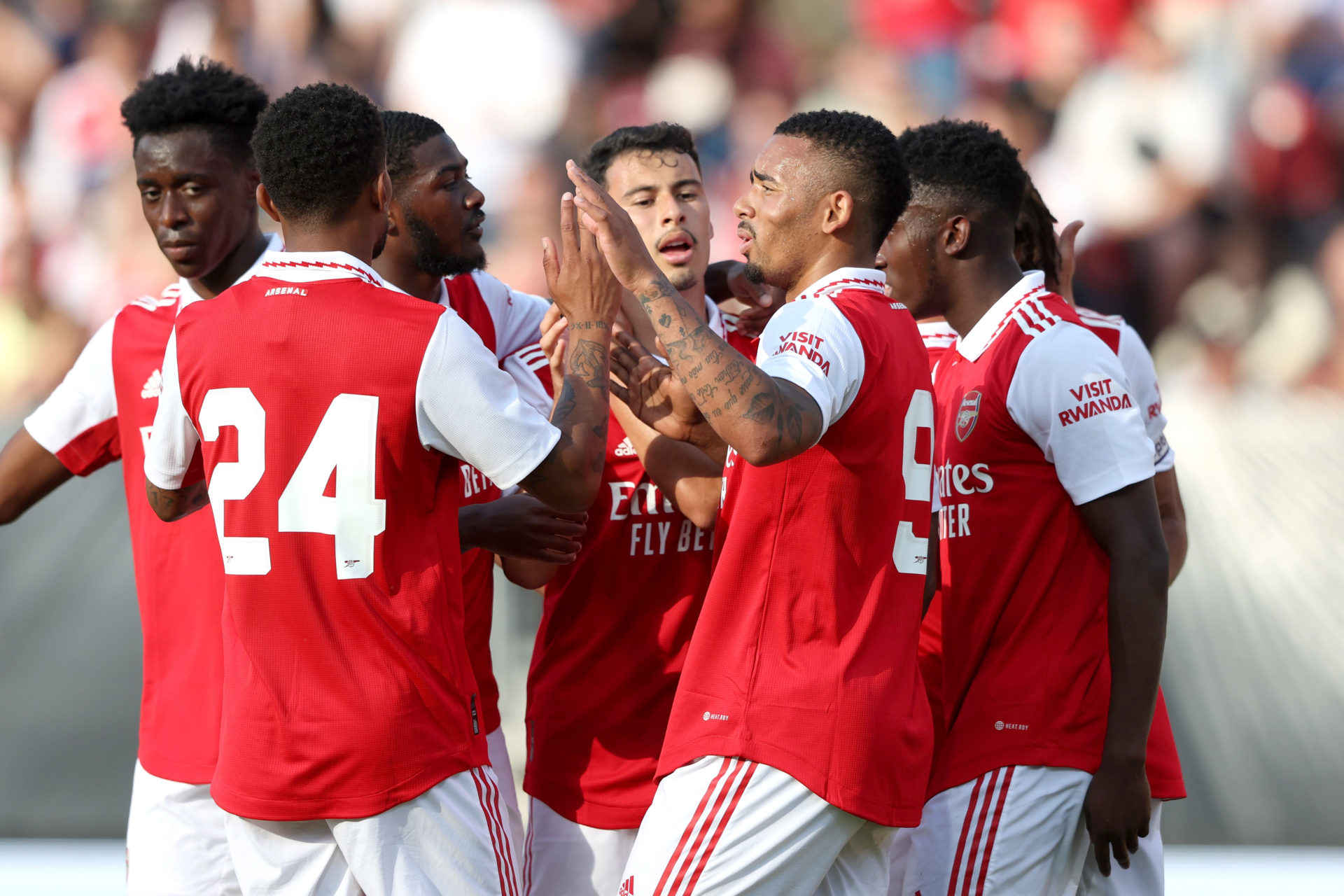 Arsenal have been surprised by Gabriel Jesus since his move from Manchester City and believe that the Gunners striker has been better than expected, according to journalist Miguel Delaney’s Reading the Game newsletter in The Independent (1:02pm, July 15, 2022)

The report has claimed that Arsenal have been really impressed by the impact that Jesus has made at the club already.

The Gunners have been taken aback by just how good the Brazil international striker really is.

Delaney wrote in his Reading the Game newsletter in The Independent (1:02pm, July 15, 2022): “It’s a classic pre-season story, but that’s also because it does happen: a new signing, in this case Gabriel Jesus, has given his new team a huge left.

“Arsenal have been really impressed with the impact of the Brazilian, and it’s been noted how he is even much better than they expected.

“There is real excitement about the impact he can have this season, such has been his influence and performance so far in pre-season.

“One thought is that he was one of those players who basically needed a little bit of release, and trust, to show his true self.

“While he was always respected at Manchester City, he still felt he always had to fight to prove himself, because he was never a fixture in the team.

“Now, he’s a guaranteed starter at Arsenal, and there’s that sense he has going to another level due to the extra confidence from that.”

In our view, Gabriel Jesus has been a very good signing for Arsenal and will make the Gunners better.

The 25-year-old has been banging in the goals in pre-season for the North London club already, and the signs are very positive indeed.

Jesus played second fiddle to Sergio Aguero when the Argentine was at Manchester City, and then manager Pep Guardiola decided not to play with a ‘striker’ at all.

That led Jesus to not starting matches or playing out mostly wide when he did feature.

At Arsenal, the Brazilian will be the number one striker, and we could see Jesus flourish and take the Premier League by storm.