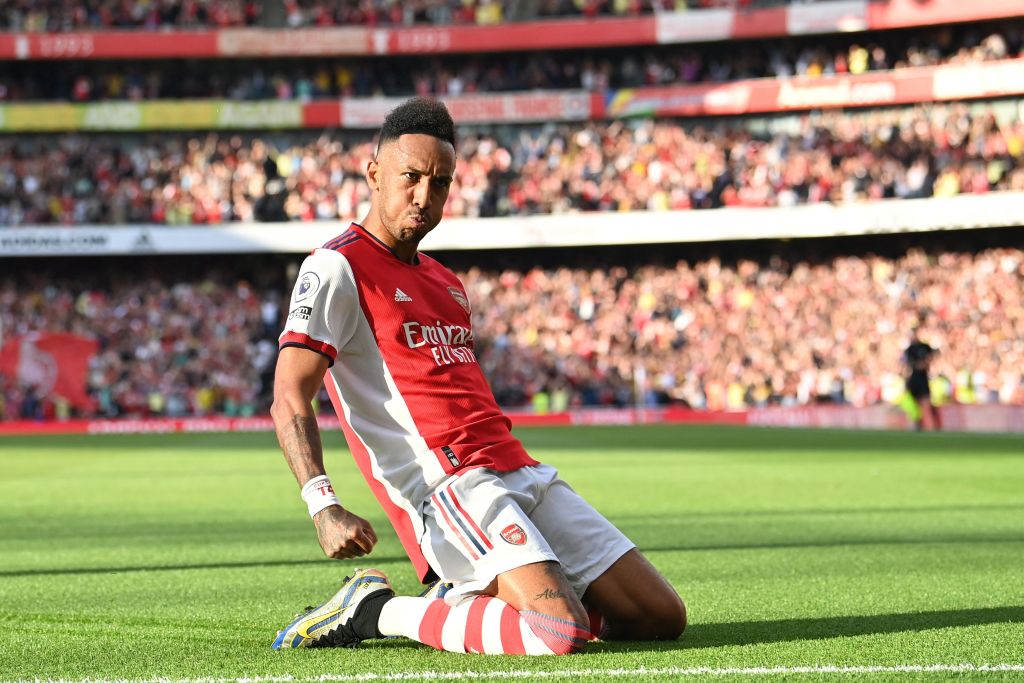 Mikel Arteta has hailed Pierre-Emerick Aubameyang as ‘exceptional’ and believes that Arsenal fans should be grateful for what he did for the club.

The Gabon international was at the centre of a huge fallout at the Emirates Stadium when a number of disciplinary issues led to the striker being stripped of his captaincy and eventually moved out of the club.

Now with Barcelona, Aubameyang’s story is the talk of the football world after behind the scenes events were released on Amazon Prime’s All Or Nothing: Arsenal series.

As well as his demise at Arsenal, the 33-year-old is making back pages this summer as well with Chelsea heavily linked with a potential move for the attacker.

However when quizzed on his former player, Arteta only had positive things to say.

Speaking about the striker’s situation, Arteta said: “It’s a long time since that happened. I cannot go back every time there is another series. I have made my comments on that.

“I was really clear and honest with my opinion and what has been done has only been done to defend our club and put the club in the best possible position while being as clear, as honest and as consistent as we can be.”

Arteta added: “Auba is an exceptional player. He did so much for us – he was our captain and we have to be very grateful for what he did for this club.”

Should Aubameyang move to Chelsea, there’s a risk that he met get an unsavory welcome from the Arsenal fans when the two London rivals face off, but according to Arteta, the striker deserves a positive reception, saying: “I’d hope he does because I think he deserves that.

Betting Offers Of The Weekend

Paddy Power All Customers: Place a £5 Sportsbook Bet through the talkSPORT EDGE app between the 1st and 31st August. Get a £5 free bet on the next Monday after your qualifying bet. T&C’s apply. 18+ Begambleaware.org