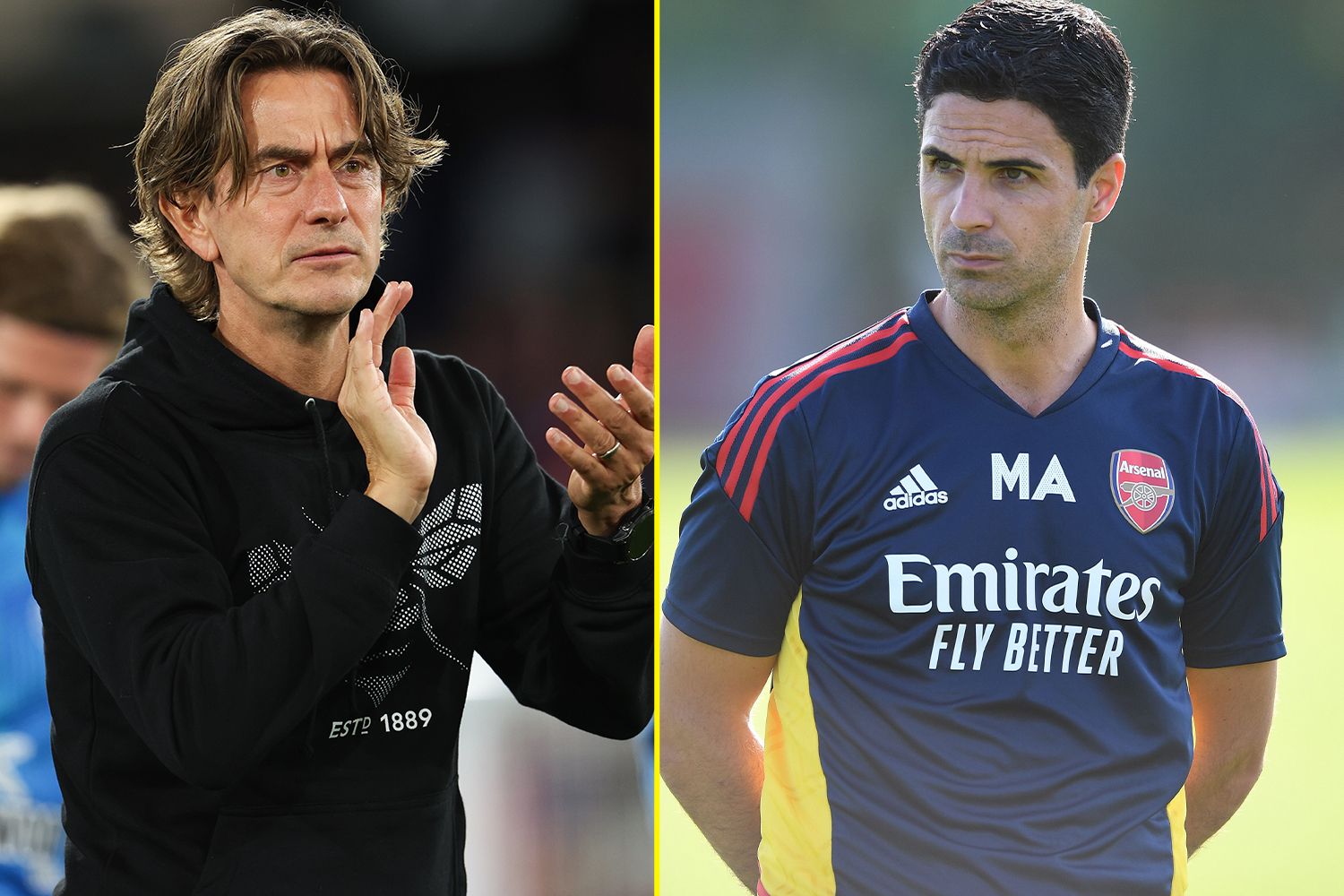 Thomas Frank believes Arsenal are title contenders this season after watching their ‘remarkable’ performances so far.

The Brentford manager saw the Gunners at one of their lowest points when his side were promoted last season, inflicting a 2-0 defeat on Mikel Arteta’s team on the opening day of the campaign.

But fast-forward to just over a year on ahead of the same fixture this weekend and Frank believes Arteta has completely transformed the Gunners.

Arsenal sat top of the table after winning five in six games Premier League games, before Manchester City beat Wolves 3-0 to go above them on Saturday afternoon.

However, should the Gunners beat the Bees on Sunday, they would reclaim top spot – and this is where Frank expects them to be at the end of the season.

“In spells they’ve been the best performing team over the first six games,” the Dane said.

“I think they’ve been remarkable, especially the intensity. I’ve watched a lot of their games, but their first game, the Friday night opening game against Crystal Palace, I was thinking ‘what? This is another level’.

“For the first 20 minutes Crystal Palace didn’t touch the ball, and I thought ‘they can win the Premier League’.

“Now, after City, they are the best performing team in the league.’”

Arsenal had one of their worst ever starts to a season last campaign and had off the field drama too, with them controversially banishing then-captain Pierre-Emerick Aubameyang.

But the Gunners then went on to just miss out on top four and Champions League football last season, finishing fifth.

The summer saw them let go of players such as striker Alexandre Lacazette and recruit stars such as Premier League champions Gabriel Jesus and Oleksandr Zinchenko.

And Frank thinks the Gunners have got their rebuild strategy bang on, developing homegrown players as well as bringing in new talent.

“Mikel Arteta and his coaching staff have proved they have done well. And the board behind him, they are consistent in the way that they work.

“They are building a team that’s young, very exciting, and that has key players in good positions. So he’s done a top job.

“He’s completed a transition from the former manager, he’s created his own culture, and he’s got rid of some players and brought in his own.”

Brentford’s victory over the Gunners last season was documented on Amazon’s ‘Arsenal: All or Nothing’ docuseries, which followed the north London side throughout their 2021/22 campaign.

And the series revealed Arteta used Toney’s tweet to motivate his players before the reverse fixture which saw Arsenal beat Brentford 2-1.

However, Frank says his admiration for his fellow manager hasn’t been influenced by anything he saw in All or Nothing, but rather how he’s witnessed Arteta transform his side on the field.

“I look at a team, are they good or bad, are they structured, are they playing with the intensity and personality – and I 100 per cent see that.

“I can see Arteta in that team, from my view of him as a person, I see him in the team.

“And that’s how I judge him, instead of a few clips from an Amazon episode, and I think that’s the biggest praise from a coach to another coach, when you look and say ‘you know what? They look good’.”

talkSPORT will provide exclusive live coverage of Brentford vs Arsenal from 12pm on Sunday, with commentary from Sam Matterface and former Chelsea and Aston Villa midfielder Andy Townsend.