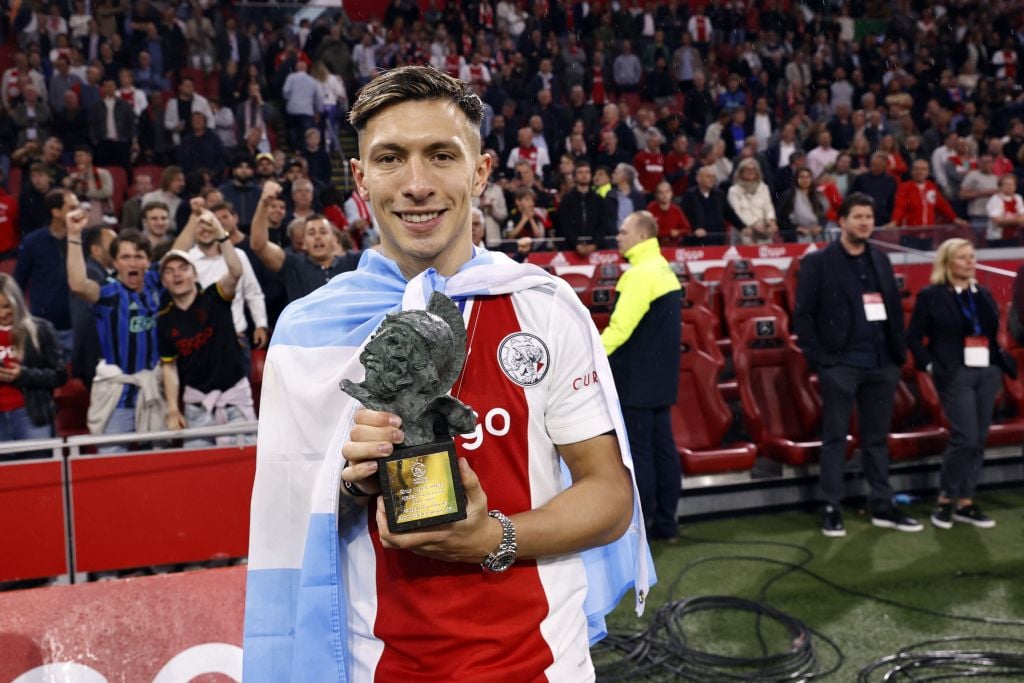 Forget killing two birds with one stone, Arsenal could kill three with one transfer swoop.

Lisandro Martinez is not merely a left-sided centre-half, one capable of providing competition for the excellent but explosive Gabriel Magalhaes at the Emirates Stadium. He can fill in a left-back too – a position that continues to provide Mikel Arteta with more headaches than an overworked, underslept father at a six-year-old’s birthday party.

Lisandro Martinez, an Argentina international who has gone from strength to strength under Erik Ten Hag at Ajax, is also a more than capable ‘number six’, his line-breaking passes and excellent reading of the game making him a fine alternative to Granit Xhaka.

A centre-half, a left-back and a defensive midfielder rolled into one.

According to The Athletic, Arsenal have had an opening bid of £25 million rejected. Martinez’s desire to join Fabio Vieira at the Emirates, however, certainly increases the chance of a deal happening between now and the end of August. Ajax, after all, do not often stand in the way of their key players, especially when life-changing opportunities like this arise.

Could Barcelona’s Clement Lenglet end up at Tottenham Hotspur?

Suggestions that Arsenal have gone as far as to put £25 million on the table – a claim backed up by Argentine publication TYC Sport – certainly seem to suggest that the 24-year-old former Newell’s Old Boys youngster has emerged as the club’s number one central defensive target, with Barcelona’s Clement Lenglet subsequently falling down the pecking order.

Lenglet would come cheaper than Martinez. A lot cheaper.

According to Sport, a still-cash strapped Barcelona will sell for just £13 million amid interest from not just Arsenal but also Everton and Tottenham Hotspur. And though Lenglet earns an eye-watering £160,000-a-week at the Camp Nou, the France international could surely be tempted to accept a pay cut, especially with the World Cup on the horizon.

He’s already out of favour under Les Bleus coach Didier Deschamps. Another few months on the Barcelona bench would hammer the final nail into his World Cup coffin. A departure is a must, if he is to force his way back into the France picture.

It is no secret that Tottenham, like their North London neighbours, are prioritising a left-sided centre-half this summer.

And Barcelona’s desire – some may say desperation – to move on from Lenglet certainly makes the former Sevilla stopper a more attainable option than the likes of Alessandro Bastoni and Josko Gvardiol. Nico Schlotterbeck has already joined Borussia Dortmund. Another Spurs target, Sven Botman, is expected to put pen to paper with either AC Milan or Newcastle United.

Everton meanwhile, another club mentioned as a potential destination for Lenglet, have agreed a deal with James Tarkowski. West Ham are no longer in the market either, after landing Nayef Aguerd.

The windows of opportunity are closing fast, as far as Lenglet and Barcelona is concerned. But there is one still wide open.

In other news, ‘Good signing’: Arsenal urged to bid for 26-year-old English striker