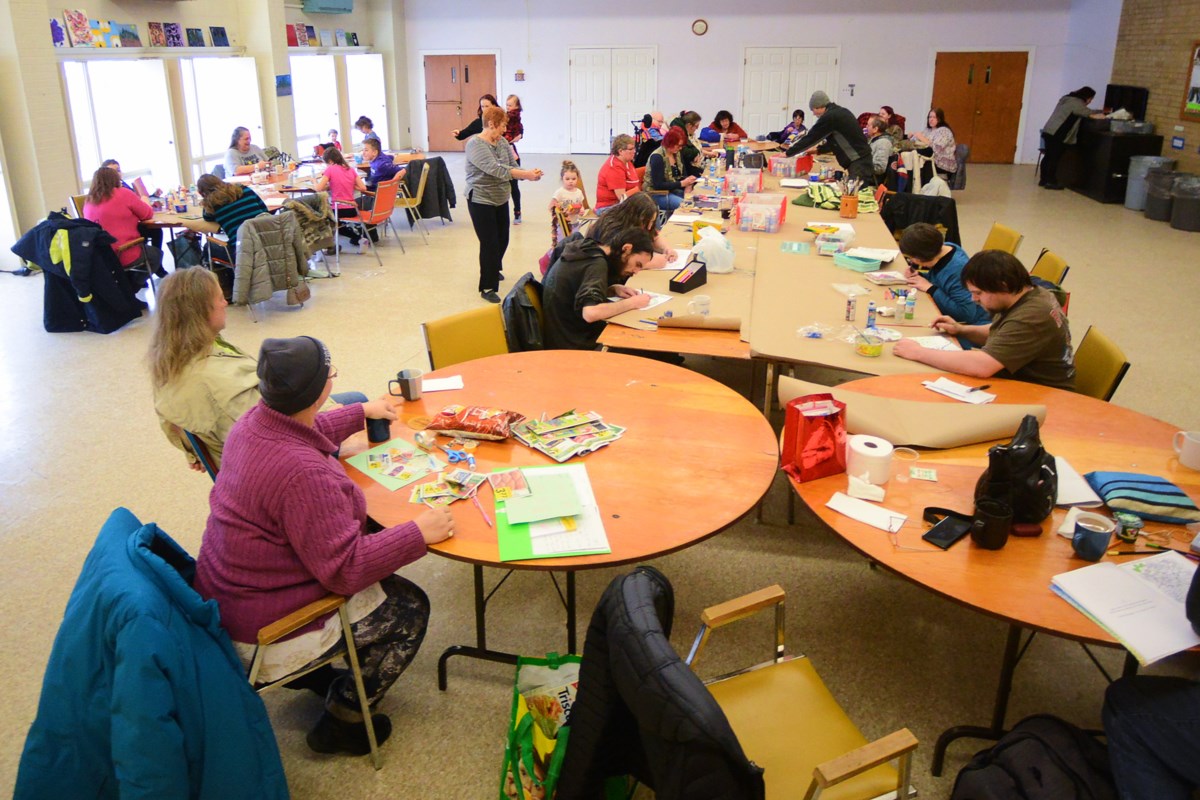 ‘People are excited that we finally get to be back, it was an important program for a lot of people’

It’s been a long hiatus for Art Etc., the volunteer-run Saturday arts and craft program run free of charge for anyone that wants to drop in.

But organizers are putting the finishing touches on new reopening plans.

Art Etc. has teamed up with HOPE House as its new home and will be resuming programming on March 26 at HOPE House on Cork Street. Previously it operated out of First Baptist Church.

Angela Van Arragon, the founder of Art Etc., explains when the program started, they were given free use of space in First Baptist Church.

“After we closed there because of the pandemic, it wasn’t something we could go back to and we needed to find a new space,” said Van Arragon.

Looking for a central location that would be free to use, Van Arragon said she reached out to HOPE House about the idea of partnering to offer the program, HOPE House was immediately interested.

The program is still being managed and driven by the same team as before.

“HOPE House is thrilled that Art Etc. is joining our programming,” said Jaya James, executive director of HOPE House. “We’ve seen the positive impact they’ve had in Guelph over the years and how they have developed a strong community that really cares for each other.”

“It’s a really great central space that a lot of people are familiar with, so it’s nice because people aren’t going somewhere where they didn’t have before,” said Van Arragon about HOPE House. “We’ll be in the cafe section of HOPE House, it will be on Saturday afternoons, like before.”

Some other changes made to the Art Etc. program is the time, which will run on Saturdays from 1 p.m. to 4 p.m., and only snacks and desserts will be served for the time being.

“We need to get an idea of what our numbers will look like and we then serve lunch again,” said Van Arragon. “It’s going to feel the same as before.”

She adds those that use the program are excited about its return and gathering together again.

“People are excited that we finally get to be back, it was an important program for a lot of people,” said Van Arragon, adding it was a large chunk of people’s social time.

Van Arragon said the HOPE House partnership will make it easier for them to apply for grant funding and accept donations compared to before.

“It’s never good to have a program that people rely on, rely on one to two people.”

Despite not being open during the pandemic, Van Arragon said people from the program were still connecting through art and creativity.

“Even after two years, the group stayed intact. That really made me feel like what we’re doing is valuable, is needed, it’s not like everyone forgot about it once it closed down.”

For more information or to donate funds or supplies, visit here.