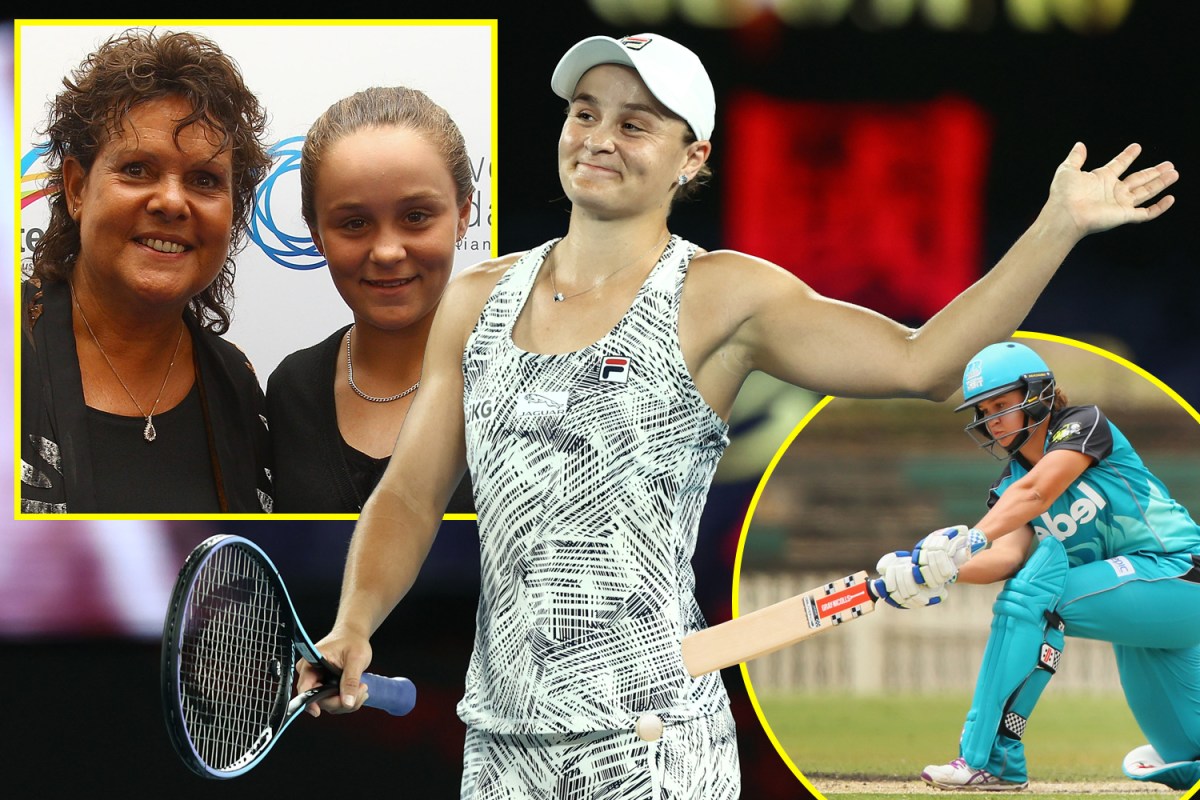 Ash Barty is already an Australian national treasure, but is chasing her own slice of history in Melbourne on Saturday.

The world number one has steam rolled her way to the final without dropping a set, with American Danielle Collins awaiting at the Rod Laver Arena.

Australia have been waiting for female finalist since Wendy Turnbull lost in the 1980 final, and she will be hoping to follow in the footsteps of greats like Evonne Goolagong and Margaret Court, who dominated in the 1960s and 1980s.

Goolagong has particularly provided inspiration to Barty over the years and it will be a proud moment for indigenous Australians all over the country.

Barty has Ngarigo ancestry through her father’s side and she regularly speaks about her heritage and what it means to her.

On Goolagong, she added: “We’re connected through our heritage and she’s paved a path for so many Indigenous youth coming up, both in her career and also in her work off the court.”

Barty is already a two-time Grand Slam winner, claiming the French Open in 2019 and Wimbledon last year, but you feel like this is the tip of the iceberg of what she can achieve.

The 25-year-old is able to dominate any player in the world on the court and her fun personality makes her a popular figure, not just in Australia but the wider world.

Barty was a junior Wimbledon champion who turned pro shortly after her 14th birthday and there were clearly big things predicted of her career.

But just as her career was still in its fledgling stages, she decided to take a break from tennis in 2014 and took up professional cricket.

“It was too much too quickly for me as I’ve been travelling from quite a young age,” Barty later admitted. “I wanted to experience life as a normal teenaged girl and have some normal experiences.”

Although she had no competitive cricket experience, she showed what an incredibly talented sportswoman she is.

She played in the inaugural Women’s Big Bash League for Brisbane Heat, and impressed in several matches for the team.

Just to give you some idea of her ridiculous sporting talent, she also has a golf handicap of 3.9.

By 2016, the lure of tennis pulled her back in and she returned to the WTA Tour and quickly started climbing the rankings.

She won the US Open in doubles in 2018, before going on to win her first Grand Slam the following year before COVID-19 hit and derailed things.

The world number one decided to take the rest of 2020 off after tennis had been called to a halt, due to concerns about global travel amid the pandemic.

She made her return in 2021 to win Wimbledon as she made up for the time she missed.

Barty takes no prisoners on the court, happily dispatching opponents 6-0, 6-0 if the occasion calls for it.

But her demeanour off the court is the polar opposite. She shares a laugh and a joke in her interviews, while is regularly seen playing cricket even if it is minutes before going out to a Grand Slam semi-final.

Chris O’Neil was the last Australian women to win the Grand Slam back in 1978, while Turnbull lost the final in 1980.

There has been more finals misery on the men’s side with Pat Cash losing back-to-back finals in 1987 and 1988, while Lleyton Hewitt was beaten by Marat Saffin in 2005.

There is an enormous amount of pressure on Barty, but she was taking everything in her stride after winning her semi-final in double quick time.

“It’s unreal, it’s incredible,” said the relaxed Queenslander. “I love this tournament. And to be in the finals weekend of your home Grand Slam is what a lot of Aussie players dream of.

“I am absolutely going to embrace it all. You have to. It’s fun. It’s brilliant to be playing in the business end of your home slam. I’m not gonna lie about that. It’s amazing.

“I can’t wait to go our there with a massive smile on my face and enjoy it. Am I ready? Absolutely, let’s do it.”