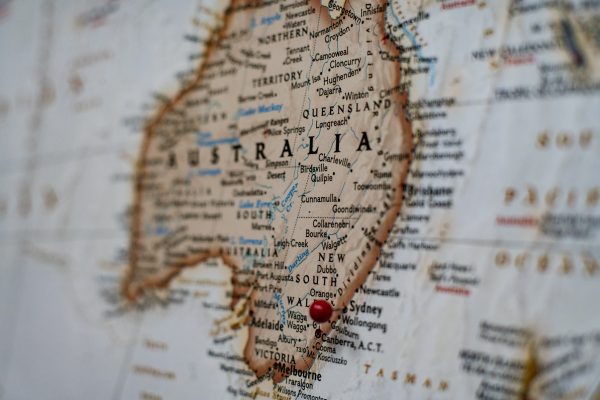 The question that should be at the forefront of the government’s mind is this: How to make it easier for these people to transition to longer term visas, permanent residency, and citizenship?

Several weeks ago I wrote about the revelation from the Australian Bureau of Statistics that Australia’s birth rate has fallen to its lowest ever level. I argued that a major factor in this drop was the exorbitant cost of housing in the country, especially in Sydney and Melbourne. The inability of young people to feel financially secure and to plan their lives effectively inhibits the desire to have children. This in turn limits the country’s capabilities – its ideas, the industries it has, its cultural output, and also its ability to defend itself.

So with birth rates declining, Australia has to start considering what mechanisms it has to maintain a healthy median age. Over the past few decades Australia has increasingly relied on its immigration program to meet its immediate need for people. However, there is one specific visa that provides the country with an important stream of young and educated people. Most countries would consider this opportunity too good to be true, yet Australia seems carelessly ambivalent about it.

This is the Working Holiday visa. This visa offers people between the ages of 18 and 30 from a number of European, North American, and East Asian countries the ability to live and work in the country for a year (French, Canadian, and Irish citizens can access it up to age 35). The visa holder can then reapply for subsequent visas up to three years total. There is no cap on applicants. Prior to the pandemic annual numbers were greater than 100,000.

The visa is colloquially known as the “backpacker” visa, as it is often used by people who are looking to take some time off after school and before university to travel around Australia and work periodically to finance their trip. Yet given the age brackets of the visa, it is also accessed by those who have completed degrees and are looking to utilize their skills in Australia as a way of advancing their careers, or indeed to find a way of migrating to the country more permanently.

The beauty of this visa is that other countries bear the cost of education while Australia reaps the rewards. It circumvents a large chunk of the dependency ratio, and delivers the country exactly what it needs – young, skilled people with an enthusiasm for Australia.

Given Australia’s declining birth rates, and the potential problem of a higher median age, it would make sense for Canberra to try and vacuum up as many of these people as possible. The question that should be at the forefront of the government’s mind is this: How to make it easier for these people to transition to longer term visas, permanent residency, and citizenship?

Three years living in a country is long enough to put down roots. It is long enough to understand one’s future prospects in the country, and to develop important social and personal bonds. Yet the visa designed to accommodate these personal bonds is so aggressively expensive that its actual goal is to disincentivize people from applying for it. Australia’s partner visa costs $5,650, a significant financial burden for young people (and also those not so young). In comparison, partner visas cost $830 in Canada, $325 in the United States, $112 in France, and $30 in Sweden.

This high bar is built on the assumption that a great many people applying for partner visas will be attempting to scam the system. It’s also a belief that those in genuine relationships will have no problem paying such costs. The Australian government sees this as a test of love, but in reality it is a tax on love without any awareness of the social implications.

This is where the real problem for Australia lies; the tension between its culture of suspicion around its border and the things that are actually beneficial to the country. As we are currently witnessing with the saga around Novak Djokovic — as well as the ongoing offshore detention centers in Nauru and Papua New Guinea — this suspicion leads to farcical scenarios that defy practicality and work against the country’s own interests.

While issues like birth rates, median ages, and dependency ratios can seem distant and abstract, disconnected from the lived realities of most people, the solutions to these macro policy problems come from micro responses. Governments need to recognize that a country’s social health is reflected in its bureaucratic hurdles, and that social health improved when it establishes rules that are clear, attainable, and built on positive objectives rather than mistrust and fear.