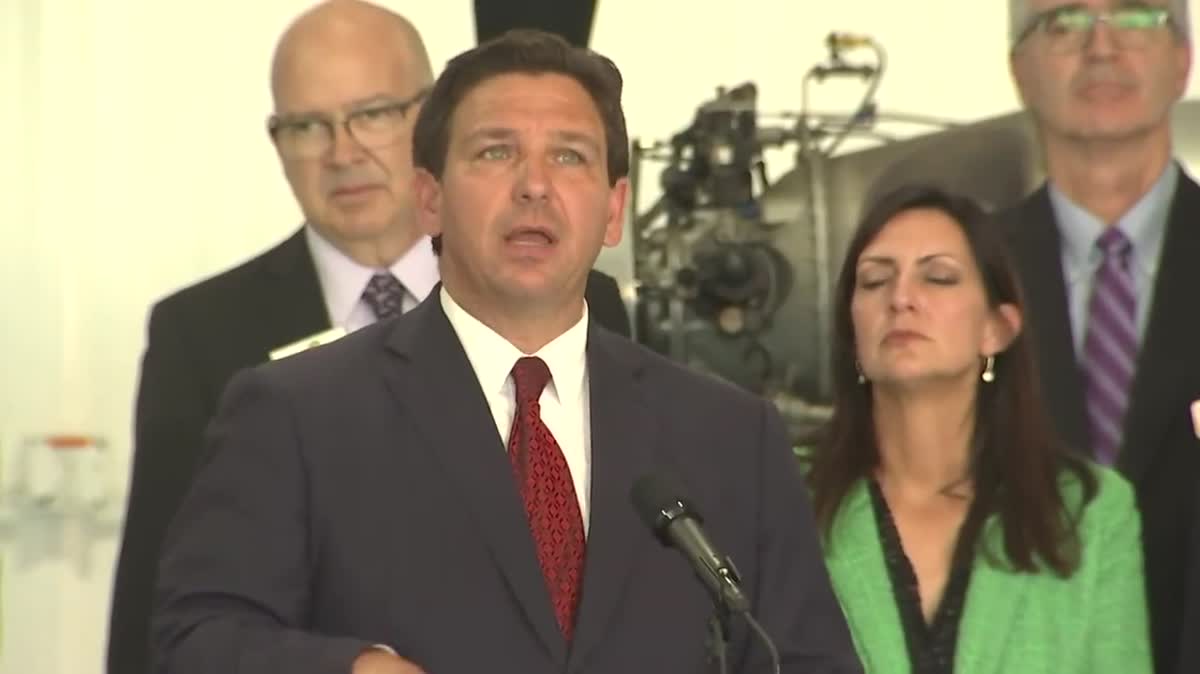 Florida Gov. Ron DeSantis can’t seem to explain the sickening political stunt he pulled with Venezuelan immigrants. Instead of an explanation, the Republican Governor tossed up a word salad. It’s like he took the letters from a Scrabble set and threw them at the cameras.

“Most of them are coming to Florida, and we are taking them from Florida to sanctuary jurisdictions,” he said. “But the issue is if you want to do it effectively, you just can’t police if you have two people in a car and there’s 100 different cars that come in a different week because it looks like your car or anybody else, so we put a lot of emphasis in this. There’s been a lot of investigation to try and figure out how this is going.”

So, he took the migrants from Texas to Florida because he said that were coming there anyway, and he knows this how? And so, of course, he sent them to Martha’s Vineyard. Word. Salad.

And that stunt that he pulled might possibly be illegal. Well, it’s highly possible that it was.

From the AP last year:

It’s a frequent scene across the U.S.-Mexico border at a time of swelling migration. But these aren’t farmers and low-wage workers from Mexico or Central America, who make up the bulk of those crossing. They’re bankers, doctors, and engineers from Venezuela, and they’re arriving in record numbers as they flee turmoil in the country with the world’s largest oil reserves and pandemic-induced pain across South America.

Ron DeSantis and Greg Abbott are treating these people like cattle.