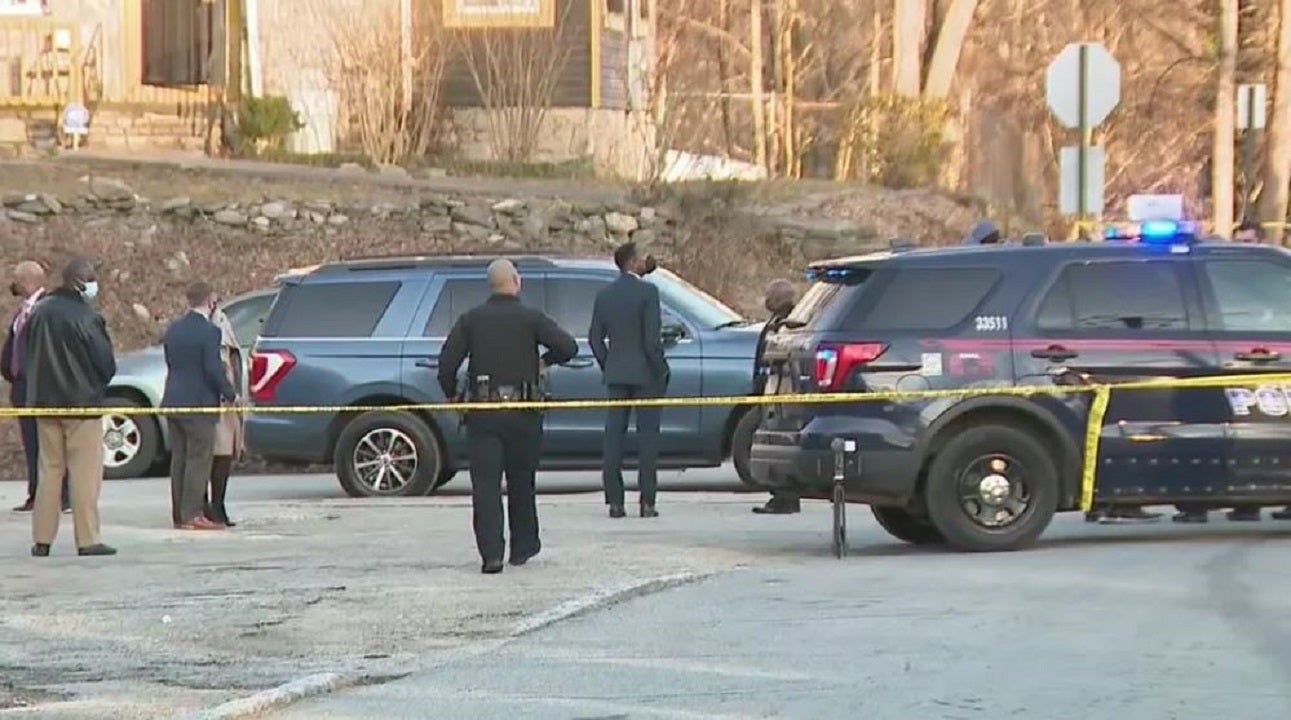 A 6-month-old child was shot and killed in Atlanta on Monday, the third shooting of a young child in the first three weeks of the year, officials said.

The shooting occurred around 3 p.m. at a Food Mart on Anderson Avenue when two people were involved in an unspecified altercation. The baby was caught in the crossfire and was not the intended target, authorities said.

The child was taken to a hospital but died. Bryant said his officers were consoling the mother.

“This is painful. This one hurts for a … 6-month-old to be riding down the street and become a victim to gun violence — random gun violence — between two people who can’t resolve a simple issue,” he said.

He said investigators were working on leads.

Atlanta investigators at the scene where a 6-month-old child was killed Monday. The child was the second to be killed and third to be shot this year.
(FOX 5 Atlanta)

In the first three weeks of 2022, three children under six have been shot in Atlanta and two have lost their lives. A 5-year-old was grazed by a bullet Wednesday after two drivers exchanged gunfire. The child was in a separate vehicle when a bullet struck them in the back.

The two suspects were arrested.

On Jan. 12, a 1-year-old was killed by another child when they were left unsupervised in a room with a firearm, police said. The mother of the child that died, Amaiya Dachanel Williams, was arrested and charged with second-degree murder.

“Over the past year, there have been too many times where our officers have responded to a call of a child shot who was seriously injured or killed due to the negligence of adults who are trusted to protect them,” the Atlanta Police Department said during an announcement of the arrest.

As of Monday, there have been 12 homicides in the city.