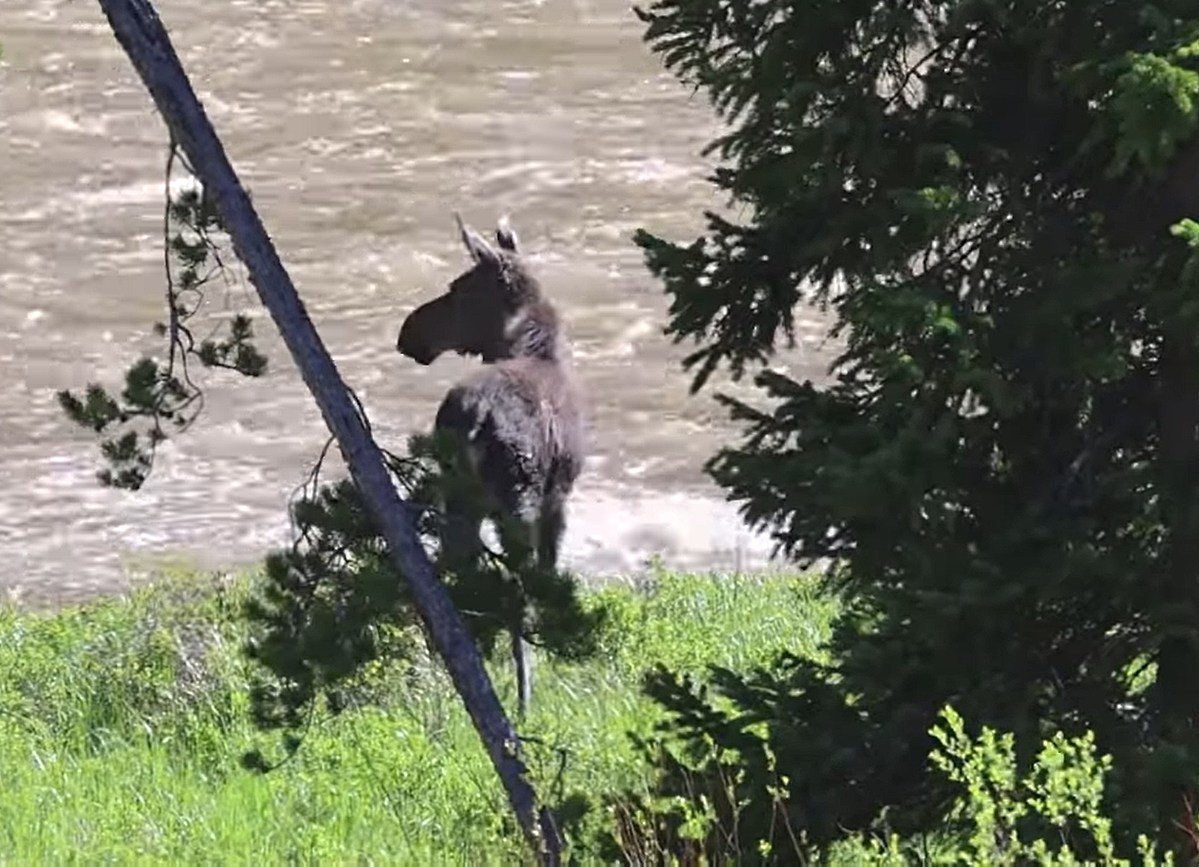 The historic flooding in Yellowstone has done more than just affected the reservations of travelers across the globe, it’s also affected the wildlife. Luckily, the animals seem to be able to adjust and adapt easier than some of the humans.

BE Judson is a wildlife photographer and videographer that spends lots of time filming and photographing the animals in and around Yellowstone. His YouTube channel has over 18,000 subscribers and more than likely you’ve seen some of the videos attributed to the channel.

According to reports from Yellowstone, the park will be will be back to 80% accessible in just a few weeks. When the initial flooding occurred, officials weren’t sure the northern loop would open again in 2022. You can keep updated on the parks flood recovery page.

June 12th is when the crazy amounts of rain began to fall that caused the water levels to rise to historic levels and cause damage to roads, water systems, power lines and stranding humans and animals alike.

In this video BE Judson captured on June 13th while camping in the Shoshone National Forest, it’s mentioned in the description that animals were in areas they normally weren’t in. Some even along US 14-16-20 that runs from Cody, WY into Yellowstone.

BE was able to capture a confused moose that wasn’t sure exactly how to get back across the Shoshone River. The moose ran along side a river it had crossed many times before.

A grizzly bear searching for a snack

A herd of elk grazing

Even a bald eagle keeping eye on things from high atop a tree.

No doubt the Wyoming wildlife is resilient and able to adapt to whatever Mother Nature throws at them. The video is a few minutes long, but well worth your time.

Must Have Items When Visiting Wyoming

Ask any Wyomingite and they’ll tell ya there are important things you’ll need on your visit to Wyoming. These are in no particular order, but are all items you’ll need to remember to have.

The goal of this gallery is not to provide every detail of every car, their modifications and their owners.

This was just a cool car show in Casper Wyoming.

Not matter if the people attending were into cars or not.

There was a lot of OHHH and AHHH’s heard up and down every street.