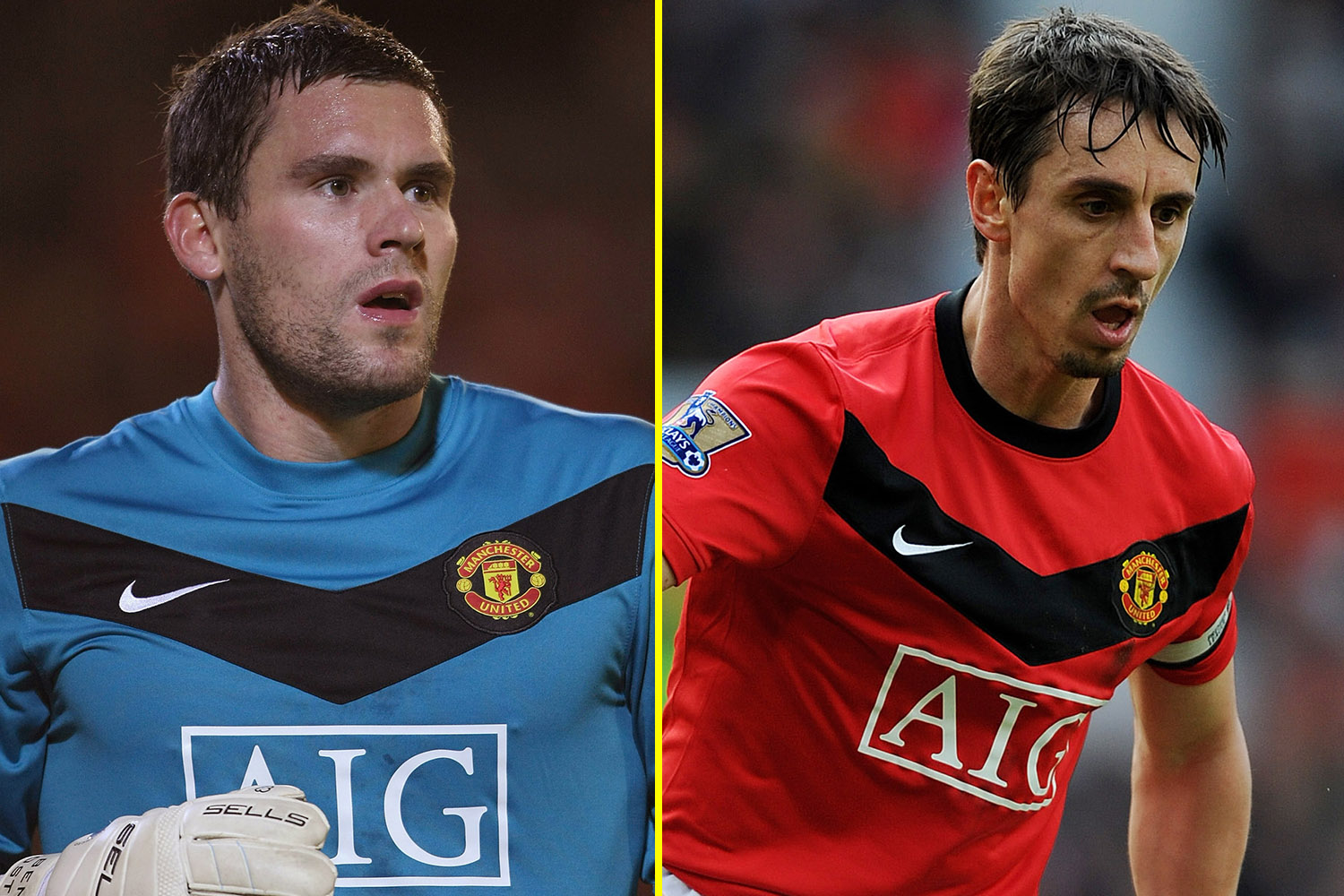 The former Manchester United goalkeeper also revealed Neville had told him to do the same, despite him being just 23 years old and still fighting for the No.1 spot at the time.

Foster spoke about his former club’s pursuit of Juventus star Adrien Rabiot, with the Serie A midfielder understood to be close to signing a deal at Old Trafford.

Unusually, the Frenchman’s contract negotiations are handled by his mother – who apparently has a tough approach to talks.

When asked if he’d had a similar experience, Foster revealed a hilarious interaction regarding new deals with Man United legend Neville.

Foster had been introduced to Old Trafford after legendary boss Alex Ferguson scouted him back in 2005, and the Scotsman brought him in in as back-up and a potential long-term successor to Edwin van der Sar.

And when the time came for him to try and secure a new deal, he had turned to then United captain, Neville.

“When I was at Manchester United when I was younger I remember I was up for a new contract,” Foster told talkSPORT Breakfast.

“I remember I grabbed Gary Neville and I said ‘listen, I’m going in for a new contract, I need a bit of advice and that’.

Laughing, Foster continued: “And I went ‘well I’m 23 years old, I don’t really want to be going in and sitting with Alex Ferguson and David Gill and try and do my own contract.’

“And he went ‘well I do my own contract’. And I’m thinking ‘well you’re Gary Neville though!’

“And isn’t that the most Gary Neville thing you’ve ever heard in your life?”

After coming through the academy, Neville spent his entire career at Old Trafford, with Ferguson calling him ‘the best English right-back of his generation’.

Given Neville knew his reputation at the club, Foster revealed the now-pundit knew he could handle negotiations with the club himself.

And the goalkeeper explained just what Neville’s method was.

Foster added: “He said ‘I’ll sit in a room with them and I’ll say I’m worth this and there’s no way they can look at me and say you’re not worth that’ because then he can say ‘well, am I not good enough then?’

“He would do it that kind of way. But yeah you’ve got to be a strong individual and you’ve got to know your stuff if you’re going in for contract talks.”

Paddy Power T&Cs: Place a £5 Sportsbook Bet through the talkSPORT EDGE app between the 1st and 31st August. Get a £5 free bet on the next Monday after your qualifying bet. T&C’s apply. 18+ Begambleaware.org