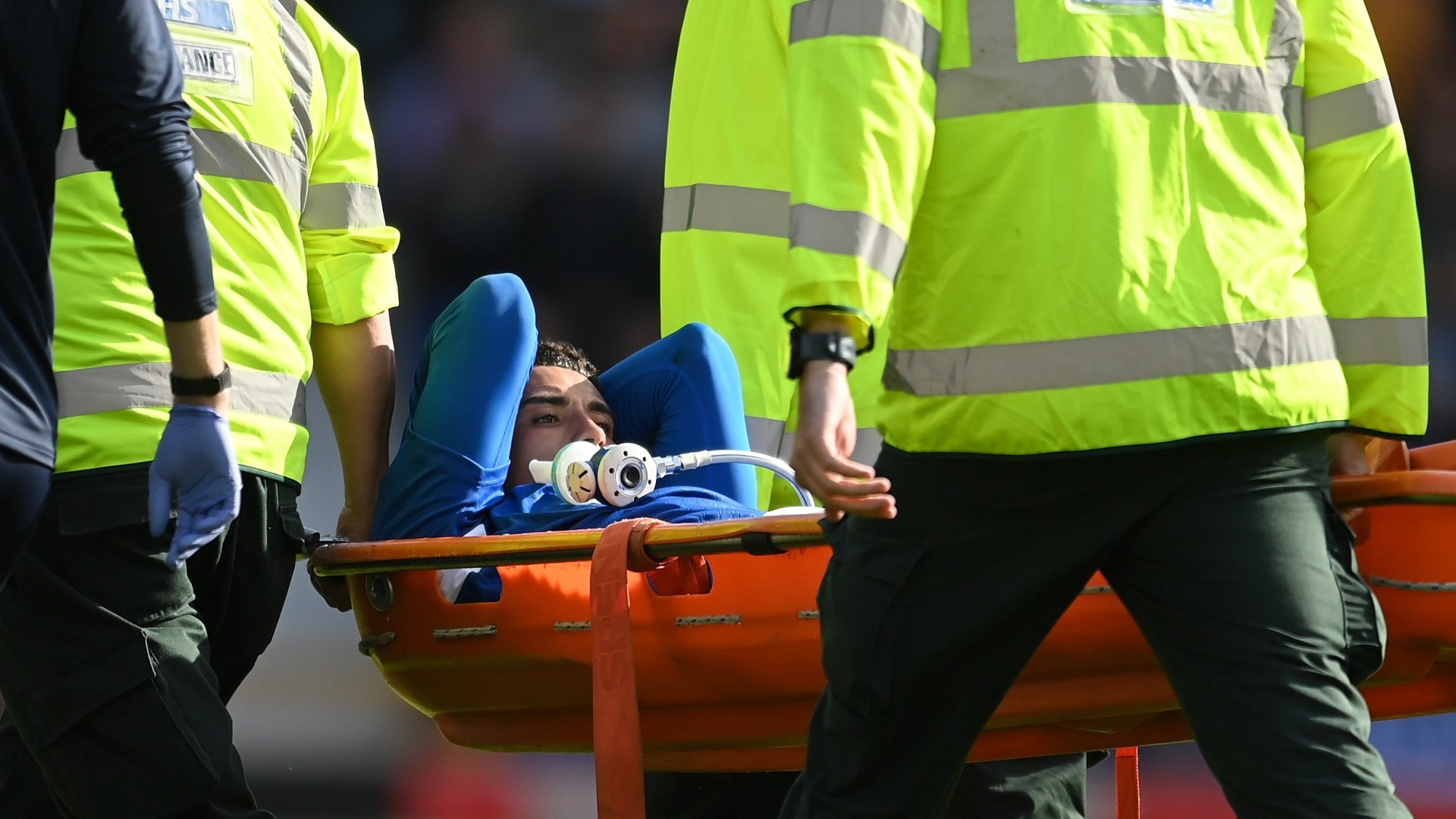 Ben Godfrey looks set for a spell on the sidelines after suffering a fractured fibula, Frank Lampard has confirmed.

The Everton defender was stretchered off the pitch after just 18 minutes of their 1-0 defeat to Chelsea following a lengthy stoppage at Goodison Park.

The incident occurred when a defensive mix-up between he and Jordan Pickford saw the ball land at the feet of Kai Havertz.

Lunging to make a tackle, Godfrey’s boot appeared to get caught in the Goodison Park turf, leading to scenes of concern around the stadium.

Mason Holgate replaced the 24-year-old, however the Toffees were handed a second injury blow in the second half as Yerry Mina was also forced from the pitch, leading Frank Lampard to rue their awful luck in terms of injuries.

Speaking to Sky Sports, Lampard said: “It makes it hard. Ben gets that injury, we think it’s a small fracture of his leg, his fibula, so we’ll see how long that will be.

“Yerry suffered an ankle injury that we don’t know much about yet.

“We’ve had that here a little bit. It’s hard to put your finger on those – Ben’s foot gets caught in the grass, Yerry’s I didn’t see.

“They’re not muscle injuries, they’re freak injuries and so we have to make sure that the squad is strong enough to handle those things.”

Asked if it will change what they do in the market, Lampard said: “Maybe, maybe not.

“We’ve got centre backs at the club but we’re looking in different areas and we know what we want to do.

“I’m not going to declare it now but people can feel that there’s movement and we’re trying to work in the right direction.”