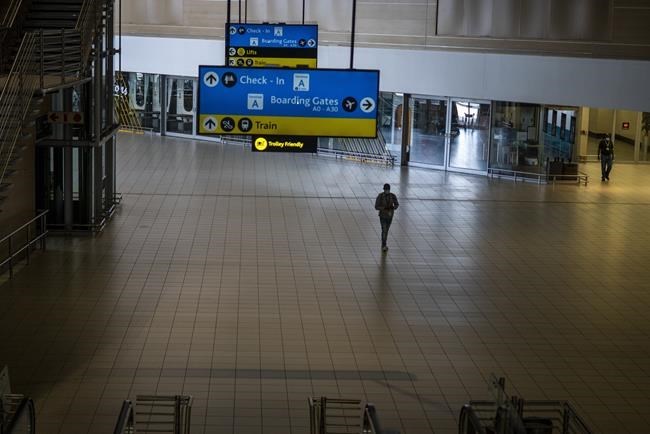 The variant, which may be more transmissible, was first detected in South Africa, where it coincided with a recent spike in COVID-19 cases.

Canada’s first two cases of the Omicron COVID-19 variant of concern were confirmed Sunday in Ottawa. The variant, which may be more transmissible, was first detected in South Africa, where it coincided with a recent spike in COVID-19 cases. Here’s what we know about it so far:

Omicron is a new variant of COVID-19 that was designated a “variant of concern” by the World Health Organization last week. The U.N. health agency also gave the variant its name, following a classification system based on the Greek alphabet.

The WHO said the variant has “a large number of mutations, some of which are concerning,” and preliminary evidence suggests it has an increased risk of reinfection.

Canada’s chief public health officer, Dr. Theresa Tam, said Friday that some of the mutations detected show a potential for greater transmissibility, and could reduce natural immunity as well as the immunity offered by vaccines.

WHERE HAS IT BEEN FOUND?

Outside South Africa, Omicron cases have been confirmed in a growing number of countries. Canada, the Netherlands, Israel, Australia, Germany, Belgium, the United Kingdom and Hong Kong are among those that have reported cases. Spain confirmed its first case Monday, in a traveller who arrived from South Africa.

Portuguese health authorities, meanwhile, have identified 13 cases of Omicron in members of a top soccer club, and are investigating possible local transmission of the variant. That would be the first reported instance of local transmission outside of southern Africa.

Canada’s first two cases, confirmed in Ottawa, are in people who recently returned from Nigeria, according to Ontario’s top doctor. Dr. Kieran Moore said Monday the province is investigating four more possible cases – two in Ottawa and two in the Hamilton region. Moore said it would not be surprising to see more cases, adding the province is performing genome sequencing on all positive COVID-19 tests in order to help detect the variant.

Public health units in Ontario are also offering tests to 375 people who recently returned from countries Canada considers at high risk for the variant, he said.

WHAT IS CANADA DOING?

Canada announced last week it is no longer allowing visitors from southern Africa in an effort to limit the spread of the Omicron variant.

The ban applies to foreign nationals who have been in seven listed countries over the past 14 days, including South Africa, Mozambique, Botswana, Zimbabwe, Lesotho, Namibia and Eswatini. Nigeria – where the two confirmed Canadian cases had been – is not on the list.

Travellers who transited through the listed countries and are already in Canada must quarantine and be tested for COVID-19.

Ottawa has also issued an advisory discouraging non-essential travel to South Africa and nearby countries. The federal government has said it will impose additional border restrictions if needed.

Opposition parties and some provincial leaders are pressing Ottawa to enact strict border measures to keep Omicron outside of the country. Ontario’s top doctor said the province wants testing for all returning travellers, regardless of where they came from.

WHAT ARE OTHER COUNTRIES DOING?

Japan announced Monday it is suspending entry of all foreign visitors.

The World Health Organization, however, has urged countries to avoid using travel restrictions, saying they “place a heavy burden on lives and livelihoods.”

HOW EFFECTIVE ARE COVID-19 VACCINES AGAINST OMICRON

That isn’t yet clear, but vaccine manufacturers are looking into it.

– with files from The Associated Press

This report by The Canadian Press was first published Nov. 29, 2021.