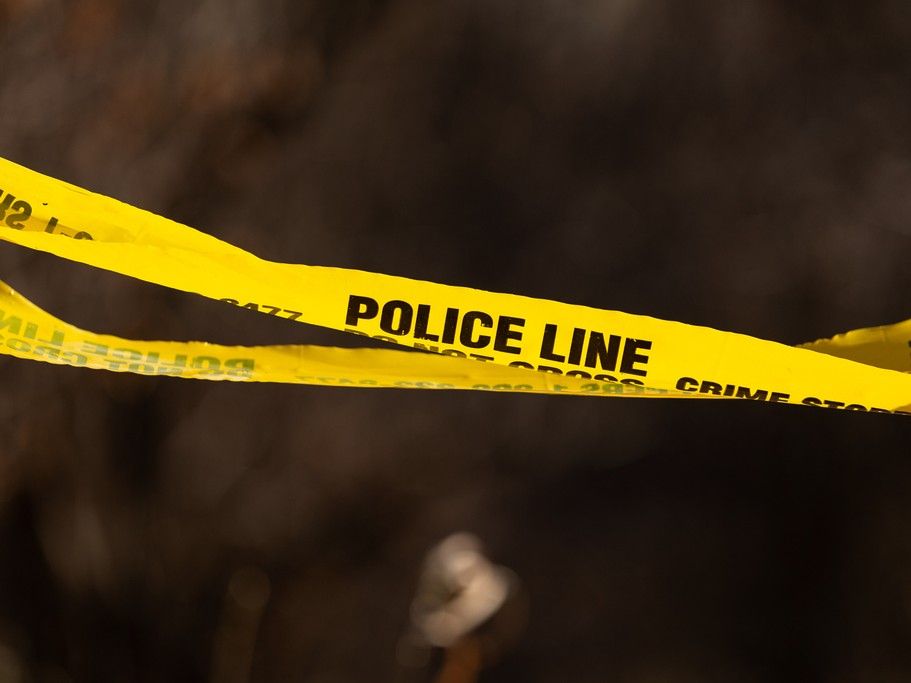 A police officer who fired five shots at a small SUV after the driver allegedly shoplifted from an Ontario liquor store east of Toronto has had his criminal charge withdrawn, and instead pleaded guilty to a bylaw offence for shooting a gun within city limits.

“I have heard the officer clearly breached the rules, but, in the circumstances, I think any reasonable person who heard those facts could, perhaps, see why someone could behave like that,” said Justice Gregory Regis.

Ian Bulmer, a Crown attorney on the case, according to a court transcript from June 8, agreed that it was “no longer in the public interest to prosecute the criminal offence of a careless use of a firearm.”

But, Peter Scully, a Toronto defence attorney who represents the woman who came under fire from Kevin Wintle, is outraged.

“For this to be resolved in the manner that it was, is so beyond the pale it’s just incomprehensible,” Scully said. “It would be somewhat akin to charging someone that just robbed a bank with an illegal left-hand turn as he fled the scene.”

The woman, Scully said, also faces a number of charges, and that matter is still before the courts.

Wintle’s lawyer, Oshawa defence attorney Sandip Khehra, said his client only pleaded guilty to the bylaw offence in order to avoid the stress of a criminal trial, and that he did nothing wrong that day.

“He’s innocent, he did nothing wrong. He had to think in a split second, about the safety of the public, and he did what he thought was right,” Khehra said.

On April 16, 2021, Durham police were called about a theft at an Oshawa LCBO, one of Ontario’s government-run liquor stores; two women had allegedly stolen liquor by putting it in a baby stroller that contained a recording that played the sound of a crying baby. The two women left the store and proceeded to a Shoppers Drug Mart in a Nissan Rogue.

Police arrived, according to a court transcript, and waited for the two women in the parking lot of the strip mall. When the women came out, one of them got into the Nissan and reversed into a police car that had been parked to try and prevent them from escaping. The woman then drove forwards, onto the sidewalk, and fled, allegedly nearly hitting the other woman she was with.

Wintle, “ran after the fleeing vehicle … in an apparent attempt to intercept it,” according to an agreed statement of facts.

The woman was later arrested by police in Mississauga, having driven across the Greater Toronto Area on three tires, because at least one the five shots Wintle fired had deflated her front right tire.

“He did not fire at her. He fired at her wheel to get her to stop after she almost hit a police officer, almost hit her co-accused, and now was going to put the public at risk by driving like a maniac at around four o’clock in the afternoon,” said Khehra.

The Durham Regional Police Service prohibits officers from shooting at a car “except as a last resort intended solely to preserve the life of another person,” the statement of facts notes. In this instance, Khehra said, Wintle believed the public was in imminent danger.

“The most salient fact is that she was leaving the scene and she was not endangering that police officer nor, indeed, any other civilian,” he said. “For him to have drawn his firearm, and fired at her five times for fleeing the scene of a shoplifting is ridiculous.”

One month later, the Special Investigations Unit, which investigates police following gunfire, death, serious injury or when an officer is suspected of sexual assault, charged Wintle with careless use of a firearm — a Criminal Code offence.

However, that charge was later withdrawn and Wintle pleaded guilty to a bylaw offence.

“This resolution demonstrates to all those persons that are charged with firearms in public to use them carefully,” said Bulmer.

Khehra told the court the officer had a 21-year career with an “impeccable record.”

“This has had a profound impact on him, just going through the whole process, being charged criminally, the stress and anxiety of all of it has had a significant impact,” Khehra told the court.

Chris Bovie, a spokesperson for the Durham Regional Police Service, said Wintle is on full duty, with no restrictions, including on his ability to carry a firearm.