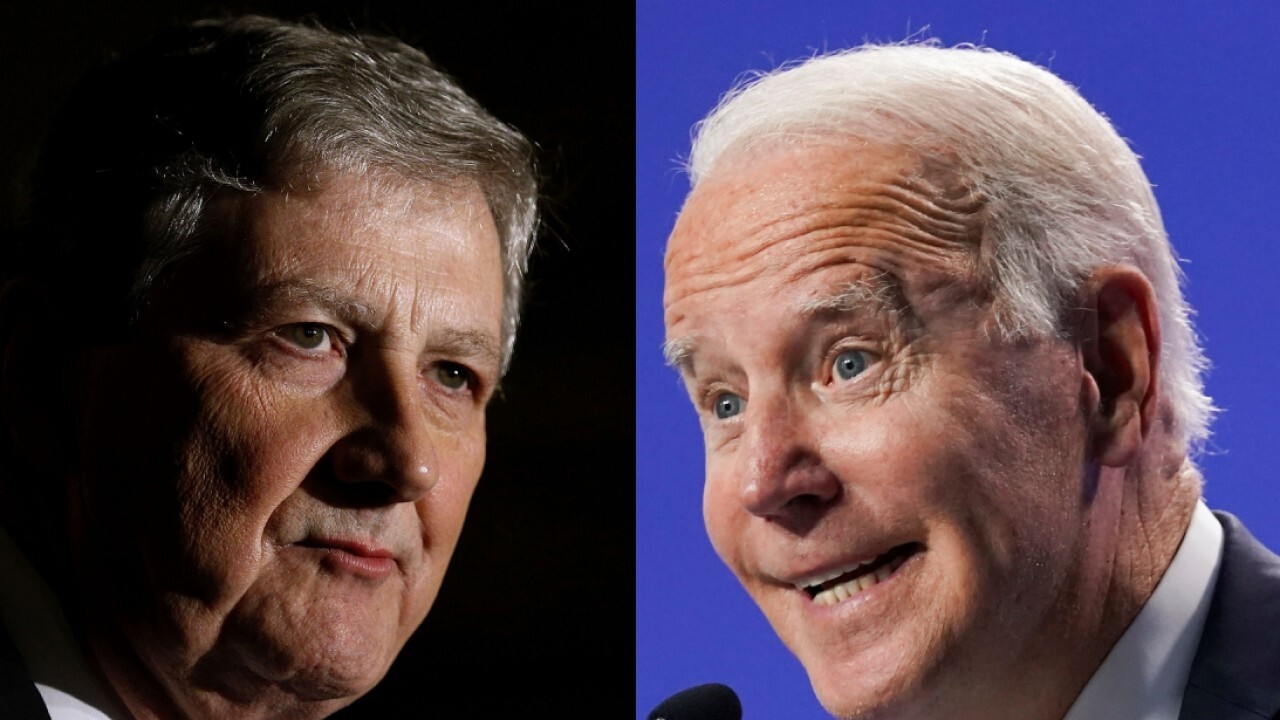 Ingraham began the segment by showing a video clip of Jennifer Granholm, President Biden’s energy secretary, telling reporters during a news conference that she didn’t know how many barrels of oil Americans consumed every day.

“I don’t have that number in front of me,” Granholm said.

BIDEN ENERGY SEC. GRANHOLM ADMITS SHE DOES NOT KNOW US OIL CONSUMPTION RATE WHEN PRESSED BY A REPORTER

U.S. SEN. JOHN KENNEDY, R-LA: I think they’re just trying to create a distraction. They know what the answer to this is.

Go back to what we were doing in December of last year. Let America be energy-independent. We’ve got the reserves.

His reliance on foreign oil is causing gas prices to go through the roof. I think if many people won the lottery, the first thing they’d do is fill up their gas tanks.

I was out in California a couple of weeks ago, it’s five bucks a gallon out there.

WATCH THE FULL VIDEO BELOW: