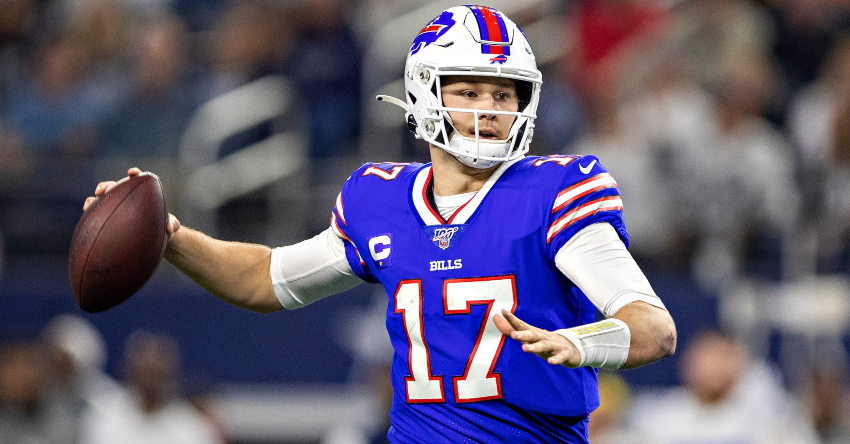 The oddsmakers at MaximBet have tapped the Buffalo Bills as the early favorite to win Super Bowl 57.

Now that the NFL’s Hall of Fame Game is in the rearview mirror, the rest of the teams are on the cusp of getting involved in the exhibition action. As we enter Week 1 of the 2022 preseason, it’s the Buffalo Bills who’ll begin as the Super Bowl favorites, with the Tampa Bay Buccaneers nipping at their heels. Last season, the Cincinnati Bengals were as low as 66/1 yet they made it to the Super Bowl. Could there be another come-from-behind value bet that surprises in 2023?

Sign up at MaximBet just in time for the NFL season to take advantage of our $1,000 welcome offer!*

Brady Unretires, Bucs Shoot Up To 7/1

One of the biggest stories of the offseason was Tom Brady retiring. Reporters like Adam Schefter were early to break the news that he was hanging up his cleats and Bucs futures dropped as a result. Head coach Bruce Arians also stepped aside, so it looked like the Bucs would be heading into rebuilding mode.

But Brady U-turned and so did the Bucs odds. They’re now the favorite to win the NFC and are right behind the Bills to take the championship.

“We saw a little bit of action when Brady retired as some people didn’t believe he’d really be wrapping it up given that he was playing at an MVP-level,” said Lenny Estrin, lead oddsmakers at MaximBet.com. “We’ve since seen a ton of money on the Bucs to win the division.”

With Brady’s return, the team managed to keep a number of key veterans and even attract more seasoned stars like Russell Gage and Julio Jones.

The Denver Broncos were one of the biggest movers in the offseason—they started off at 25/1 but shifted down to 16/1 after acquiring Russell Wilson. The Broncos were just 7-10 last season and fired head coach Vic Fangio after the team ended the year on a four-game losing streak.

“The Broncos should have opened much worse than 25/1 but they were the assumed destination for Aaron Rodgers,” said Estrin. “They missed on Rodgers but landed another big fish in Wilson, who makes them a Super Bowl contender.”

Is America’s Team losing a bit of their luster? While the franchise is now worth a reported $7.64 billion, the team will have to exceed the oddsmakers’ expectations if they’re to deliver on the field.

“We’re not seeing a ton of bets on the Dallas Cowboys to win it all,” says Estrin. “Even to win the NFC East in what many feel is an easy division, there isn’t a lot of love there. It’s not a big liability for us.”

The Cowboys went 12-5 in the regular season in 2021 – winning five of their final six contests – but quickly exited in the postseason. The Cowboys hosted the San Francisco 49ers in the Divisional Round but lost at home 23-17 as the offense flopped and the coaching staff made some calamitous decisions.

One of the teams many bettors are bullish on is the Los Angeles Chargers. Led by Justin Herbert, a rocket-armed third-year quarterback, along with a much-improved defense, many have been investing in the Chargers futures.

“The Chargers opened up at 24/1 but are now down to 14/1,” said Estrin. “Part of the move has been the addition of Khalil Mack and others, but much of it has been sharp action on the Chargers, expecting them to have a good season with a deep playoff run.”

The Chargers picked up Mack and defensive back J.C. Jackson to bolster their defense. The hope is that they’ll be far better equipped for tight contests. This is a team that went 9-8 last season but five of their losses were by one score or less.

*Offer only available to Colorado, USA residents. Terms & Conditions apply, see site for details. 21+ Only. Gamble responsibly. If you or someone you know has a gambling problem, call 1-800-522-4700.