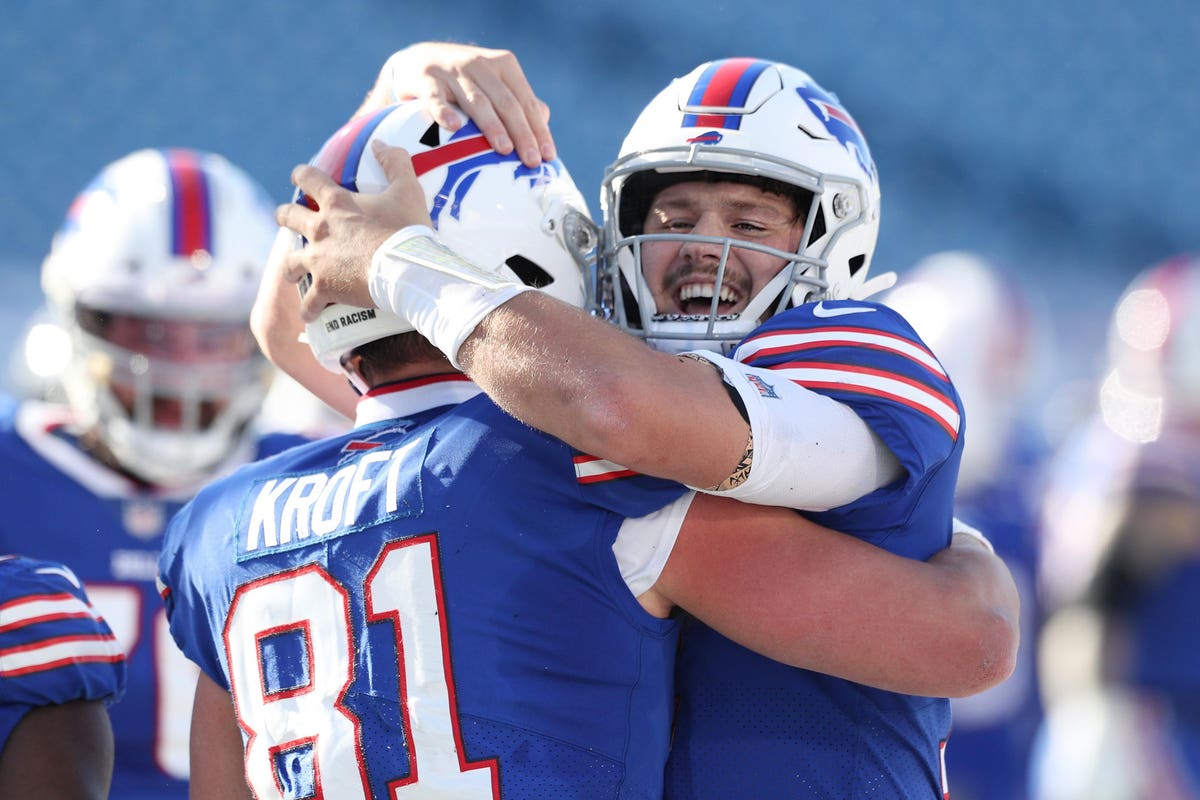 Chiefs’ quarterback Patrick Mahomes is widely considered to be the most prolific passer in the league, but Josh Allen put the entire NFL on notice last week. The Buffalo Bills signal caller tossed for five touchdowns, going 21 of 25 for 308 yards in an absolute thrashing of the New England Patriots.

In their postseason opener, the Bills became the first team to ever score touchdowns in each of their first five drives in the playoffs, leading many to think that this team is eager to get off to a hot start in the Divisional Round finale as well.

This could not be in more contrast to the slow and scoreless start seen by the Kansas City Chiefs, who were scoreless in the 1st quarter before racking up 42 points in a 42-21 routing of the Pittsburgh Steelers.

Following these performances, its no shock to see sportsbooks handing this matchup the week’s highest over/under of 54.5. Current NFL odds  are also offering the Chiefs as a narrow -1 favorite, with books asking bettors to out-risk the return for both teams on the moneyline (Chiefs -118, Bills -102).

Naturally, the ‘over’ saw plenty of action, with the opening line of 52 quickly being bet up nearly 3 points leading into Sunday afternoon. This current line is still slightly under the three previous totals seen between the teams, with the over holding a slight 2-1 advantage. Playoff trends also support the over, with games posting an over/under of 50 or more hold a narrow 6-11 lead.

The recent emergence of Buffalo’s ground attack has only helped to open up their air opportunities, and the Bills’ league high play-action rate will exploit the Chiefs defensive struggles against these kinds of looks.

Kansas City has also put more emphasis on their rushing attack, with Mahomes resorting to a pass heavy attack when looking to law back into a game.

The Chiefs have proven time and time again that they are capable of covering any deficit, but the team has been known to come out flat early in matchups.

For this reason we like betting the 1st half under, as it is difficult to fathom Buffalo having another 1st half performance like the record breaking one they had last week against a suspect opponent.

Both teams’ last results are fresh in the minds of bettors, and while the final score could top the over, we like a slow Chiefs start and a more calculated Buffalo attack to keep the 1st half under the posted line.